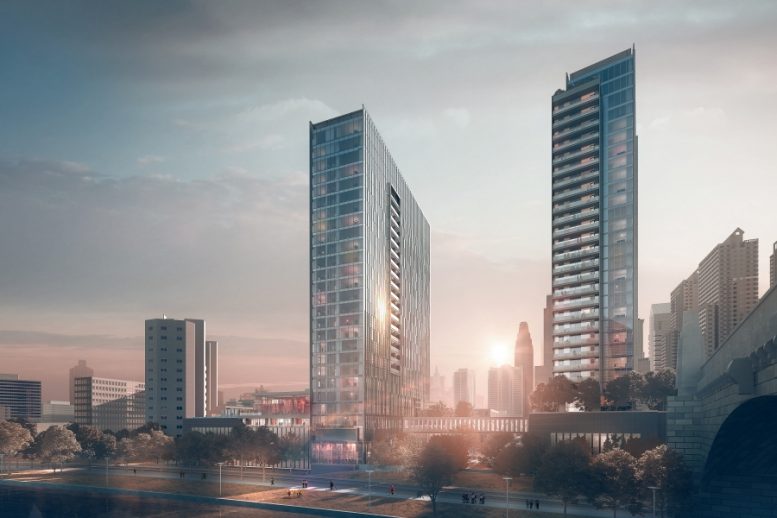 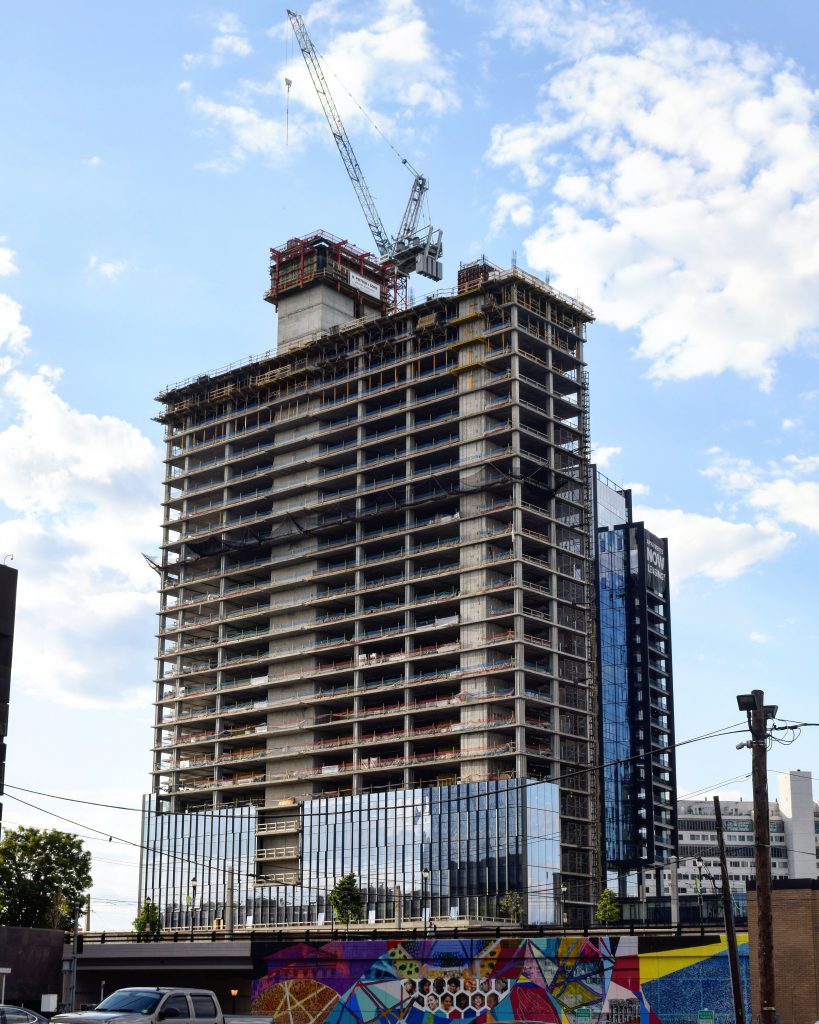 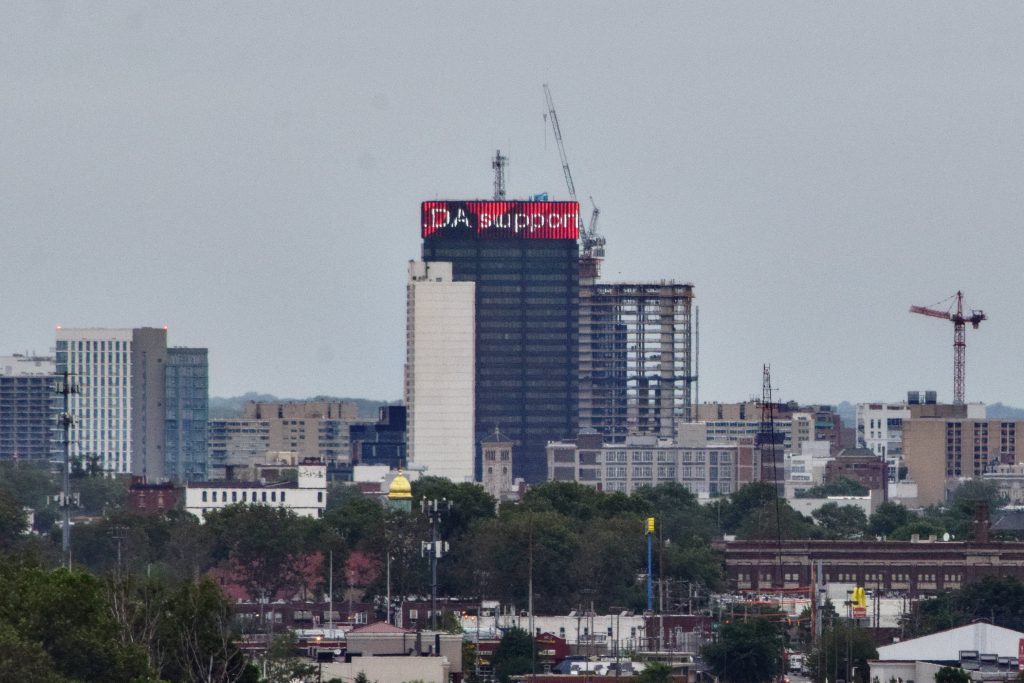 In the previous update on the project, cladding had started on the tower base and on the residential floors. Construction at the reinforced concrete structure ran full steam ahead as the builders were rapidly assembling the floor plates, with the core of the south tower nearing the top of the north tower. The building was also starting to be seen from multiple perspectives around the city, with the high-rise ready to eclipse the north tower. The cladding was high enough to be seen from John F. Kennedy Boulevard, as the lighting showcased the angled metal highlights at certain times.

Just this week, it was spotted that the scaffolding that used to surround the core has been taken off, signifying the the structure is topped out. The floor plates are just a few stories under the top of the core, and the cladding is now several stories above John F. Kennedy Boulevard. The skyscraper is already showing its overwhelming mass when compared to the smaller tower to the north. The concrete floor plates could be finished by the next month, and soon steel will go on along the north and south edges of the tower. 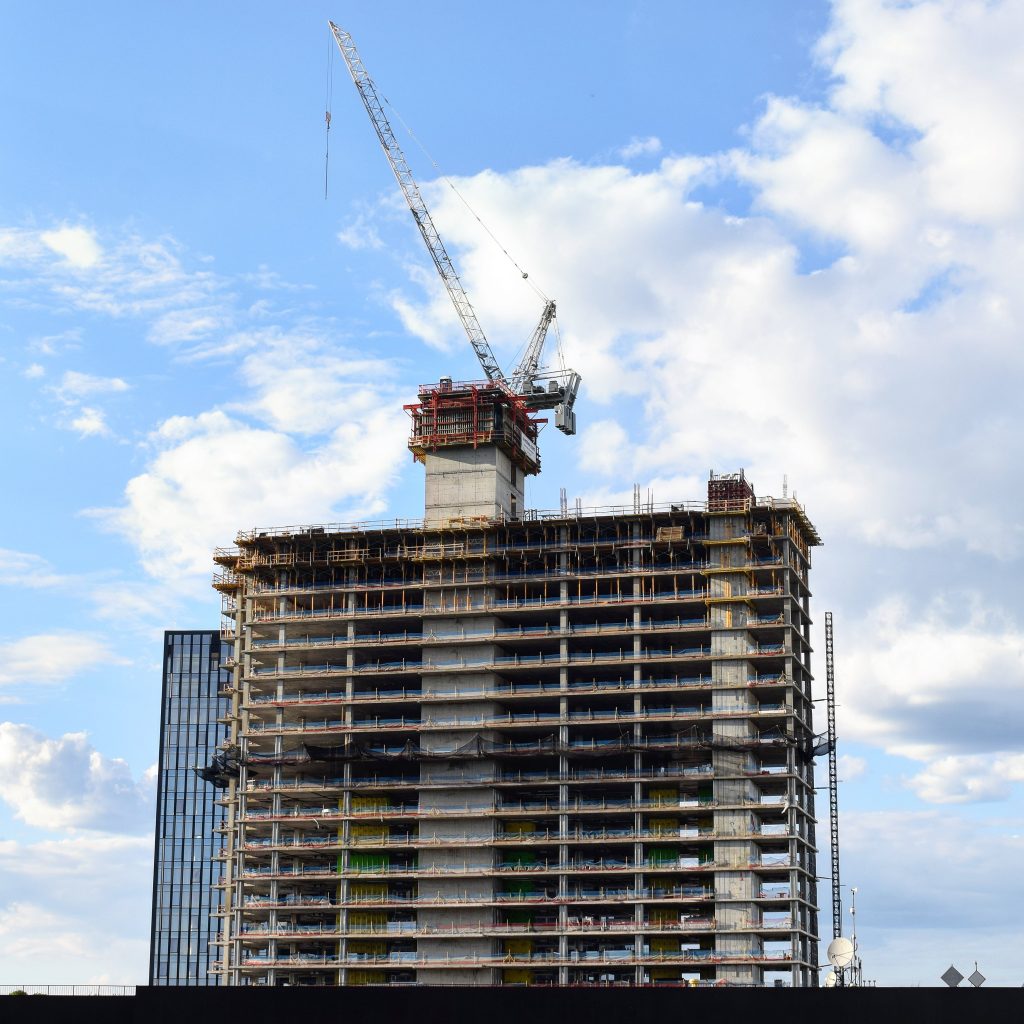 Riverwalk south tower from a nearby garage. Photo by Thomas Koloski