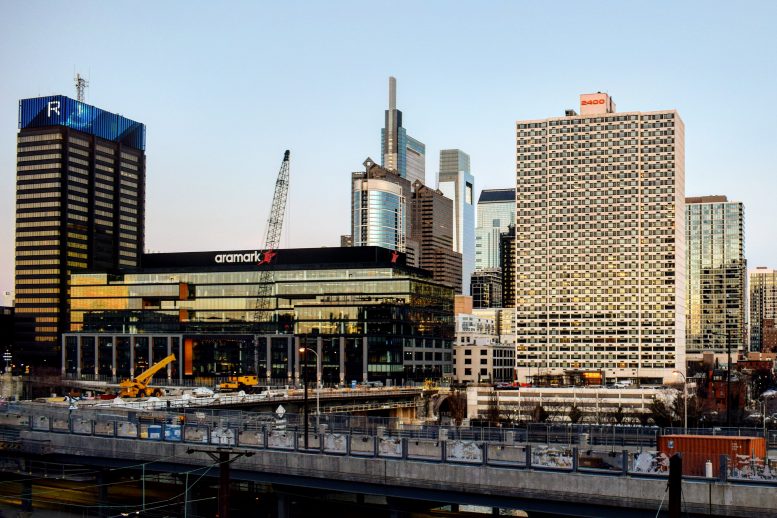 Aramark, a food service provider, has been based in the Philadelphia area for many years, with the company’s headquarters is located in Center City. Before the its present location at 2400 Market Street by the Schuylkill River, the company was headquartered at 1101 Market Street in Market East. Designed by Varenhorst Architects and Gensler and developed by the PMC Property Group, the new headquarters involved a renovation of an existing structure with a five-story extension built at the top. The renovated building stands nine stories, bringing a modern design to an area where older architecture predominates. The project also includes retail, residential, and office space. 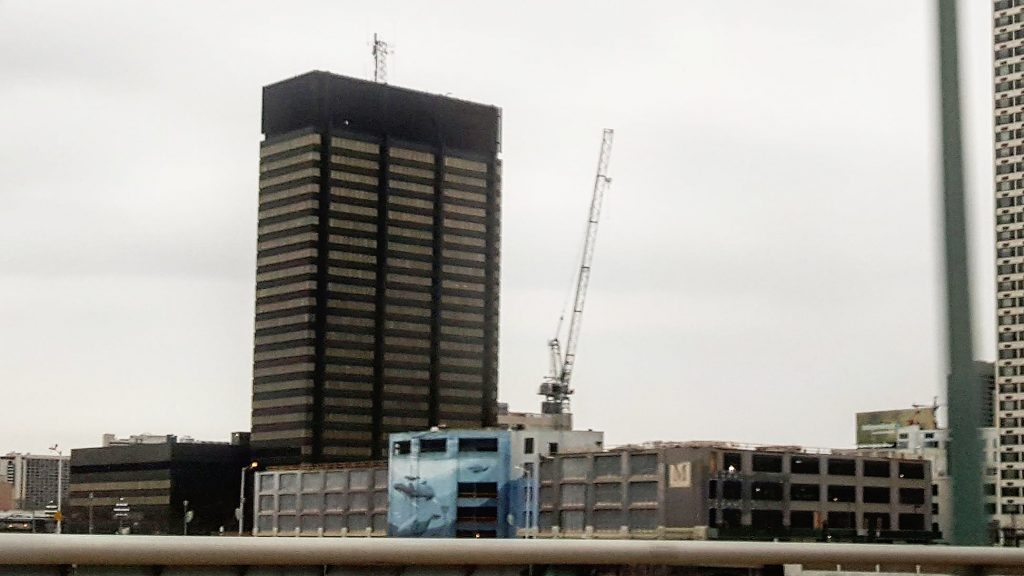 In 2015 and 2016, multiple renderings were released as the design of the building was being finalized. The original renderings showed a building with much more space, as much floor space at Two Liberty Place. The past iterations showed the exterior having the mixture of glass and stone. The final design features a glass skin with wooden highlights on the ceilings and setbacks of the building, as well as less interior space than originally planned. 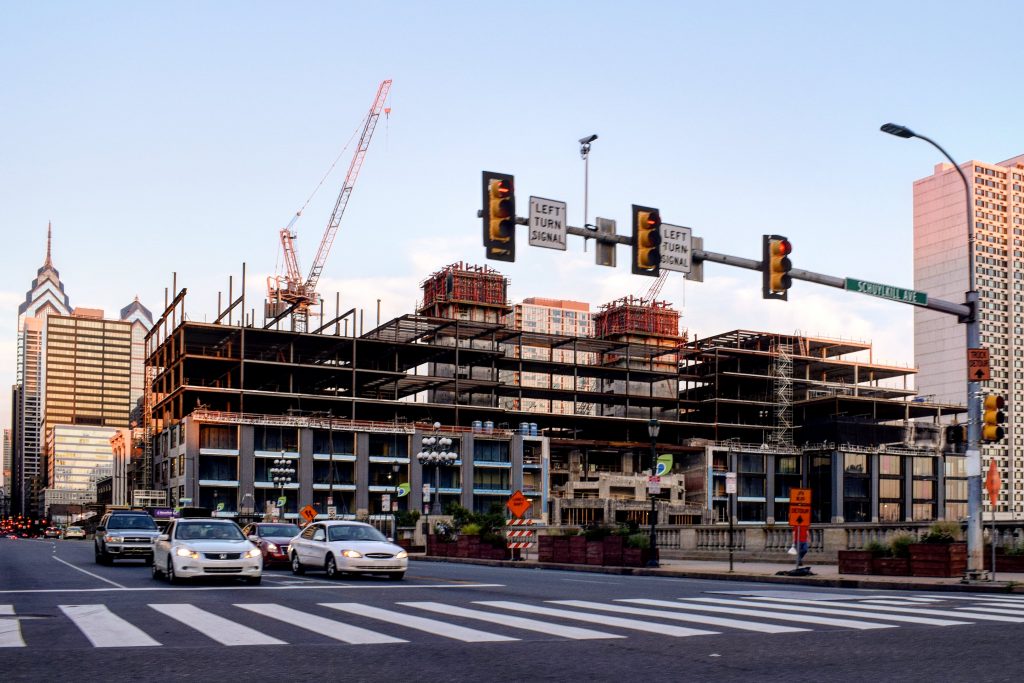 Renovation work commenced shortly after the renderings were revealed in September 2016. A crane was installed at the site at the very beginning of 2017 on the south side. Steel was quickly working its way up the north side, and by the summer the steel wrapped around the entire top, so the new central concrete cores could rise up from the middle. The cores were popping above the steel in August, and both topped out later in the month. The steel topped out approximately two months later, and the installation of the cladding was underway. The logos were installed in November 2018.