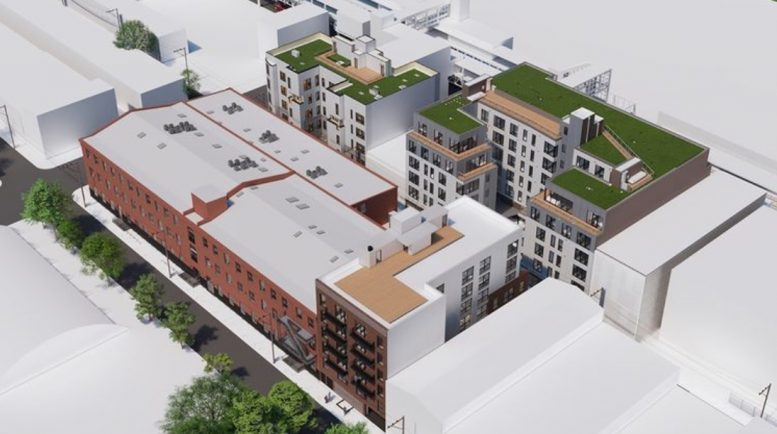 1BRKS is a multi-building development located by the elevated Market-Frankford Line on Front Street. The development is situated at the intersection of Olde Kensington and Fishtown, two vibrant and rapidly developing neighborhoods. Designed by Cosica Moos Architects, the project will add a major destination to the area with 26,000 square feet of retail space. A cafe, brewery, distillery, and beauty salon are some of the tenants already lined up. The development will also include significant residential space within three newly constructed buildings, all of which have already received permits.

The building situated at 102 West Berks Street holds 28 residential units, ten bike spaces, and a roof deck with a green roof. The building has made significant construction progress with work already wrapping up. Another mixed-use structure is planned at 1828-42 North Front Street, which will rise 68 feet and six stories tall, with three commercial spaces on the ground floor and 70 residential units above. The project will also include 25 underground parking spots and 24 bike spaces.

The third newly constructed building is located at 1813 North Howard Street. Philly YIMBY previously shared this development in December when permits were issued for its construction. Upon completion, the new building will rise six stories tall and hold 27 residential units. An industrial space will be located in the basement. In total, the structure will offer 28,358 square feet of space. 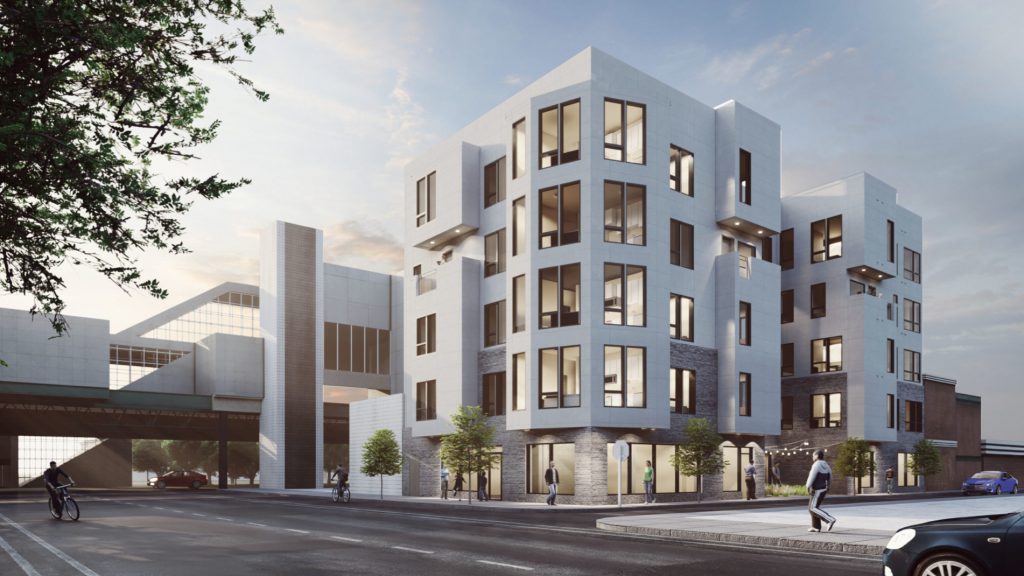 The above rendering depicts 102 West Berks Street, now completed. The building features a modern exterior highlighted with the extended windows located at the corner. The ground floor includes stonework to contribute to its interesting street presence. 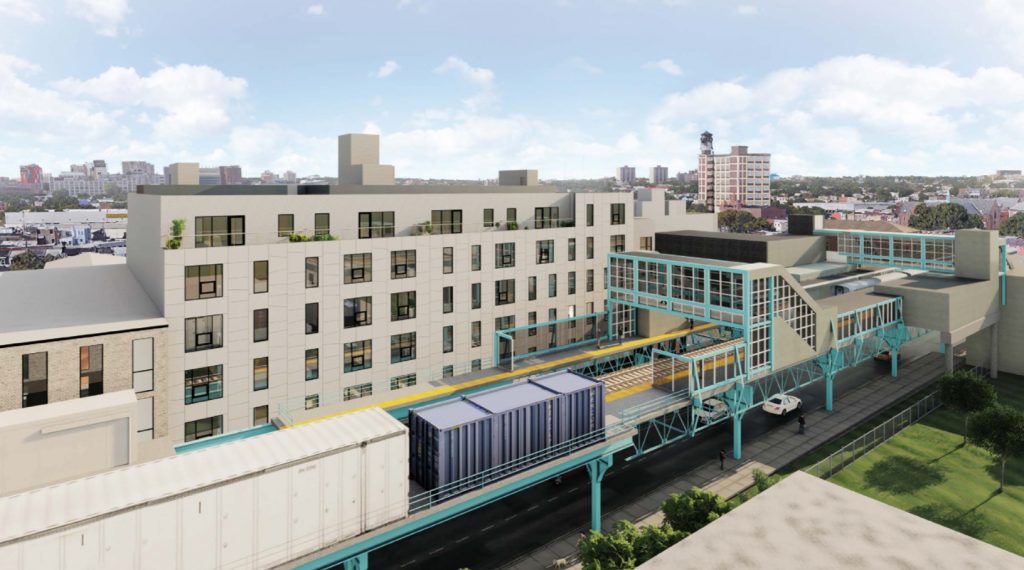 One of the other mixed-use buildings, 1828-42 North Front Street, will continue with the modern and contemporary theme. Its gray cladding will be paired with large windows create for a simple but attractive design. Due to its large height and presence on Front Street, the building helps solidly the micro Front Street canyon and will be highly visible from the platforms of the Berks Street El stop.

While no direct renderings are available, 1813 North Howard Street appears to take on more of an industrial look, with brickwork used to create for a more stately exterior. 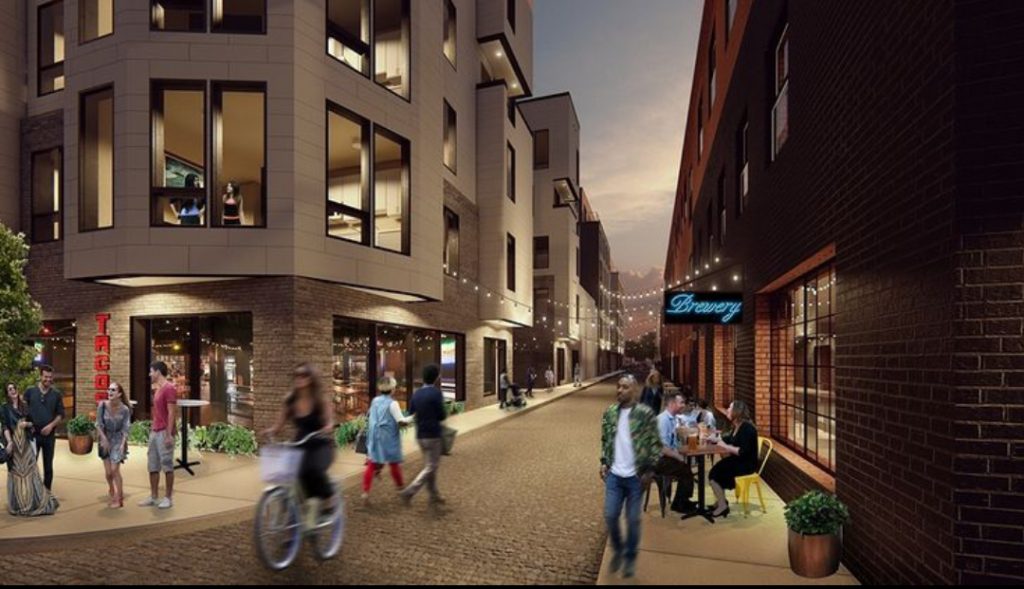 The crown jewel of the development, however, will be the usage of Hope Street, which runs through the center of the development. A large amount of the project’s retail space fronts the narrow street, including the planned brewery. String lights will extend across the street helping make the micro commercial corridor all the more inviting.

The new development will be a great addition to the area by adding more life, density, and vibrancy to the booming neighborhoods. Transit is located just steps from the project through the adjacent Berks Street Station.

The project will also help add a new destination to the area and contribute more commercial life west of Front Street and Frankford Avenue, likely encouraging further development in this direction.

6 Comments on "Looking At 1BRKS, an Under-Construction Mixed-Use Development in Fishtown"