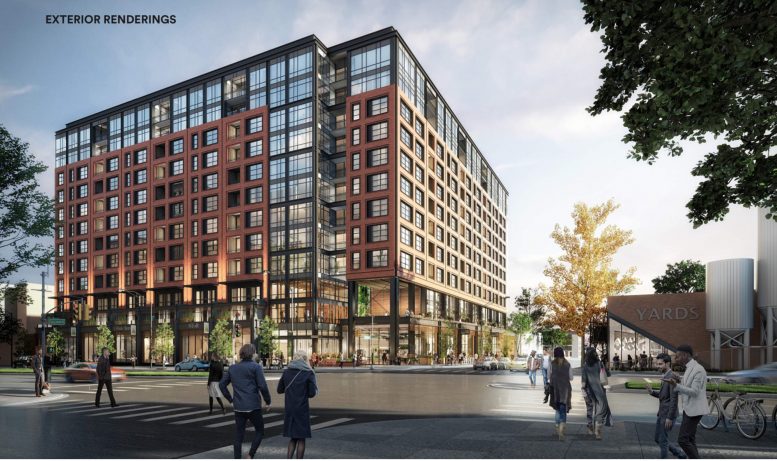 The team behind the 329-unit high-rise development proposed at 418 Spring Garden Street in Northern Liberties has submitted a documentation package to the Civic Design Review. Designed by Solomon Cordwell Buenz, the tower will rise 12 stories tall and will feature commercial space on the ground floor and 87 parking spaces. 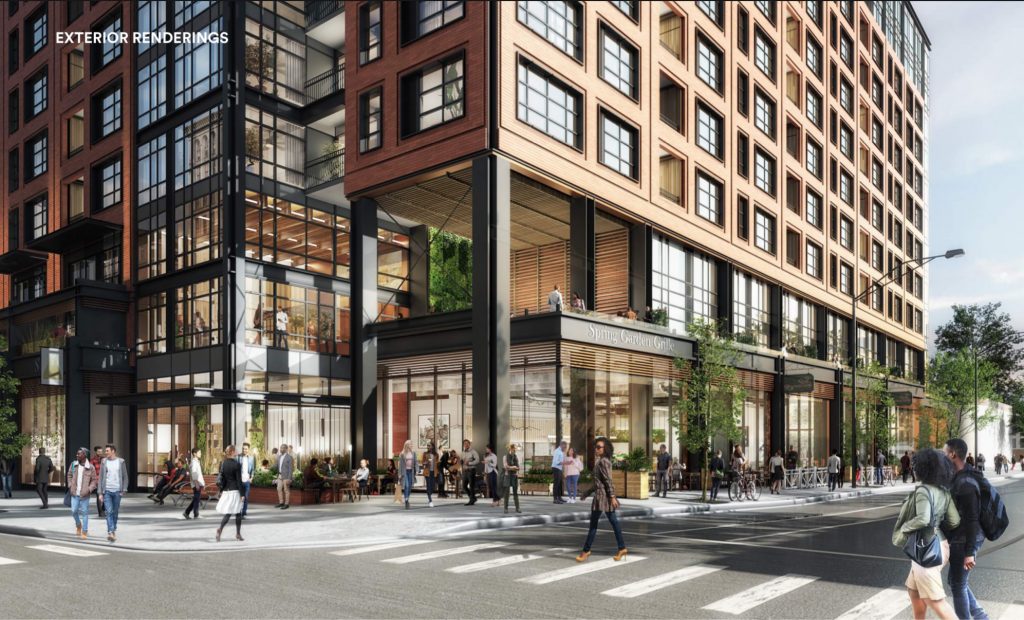 The building will feature an attractive, detailed exterior. At the ground floor, dark metal beams and floor-to-ceiling windows will make for a trendy and modern street presence. A setback will be situated at the second floor, where tower’s primary brick cladding will create a stately and timeless façade paired with large industrial windows. Overall, the new tower design will make for a pleasant appearance at the bustling intersection and add to the surrounding area’s architectural diversity. 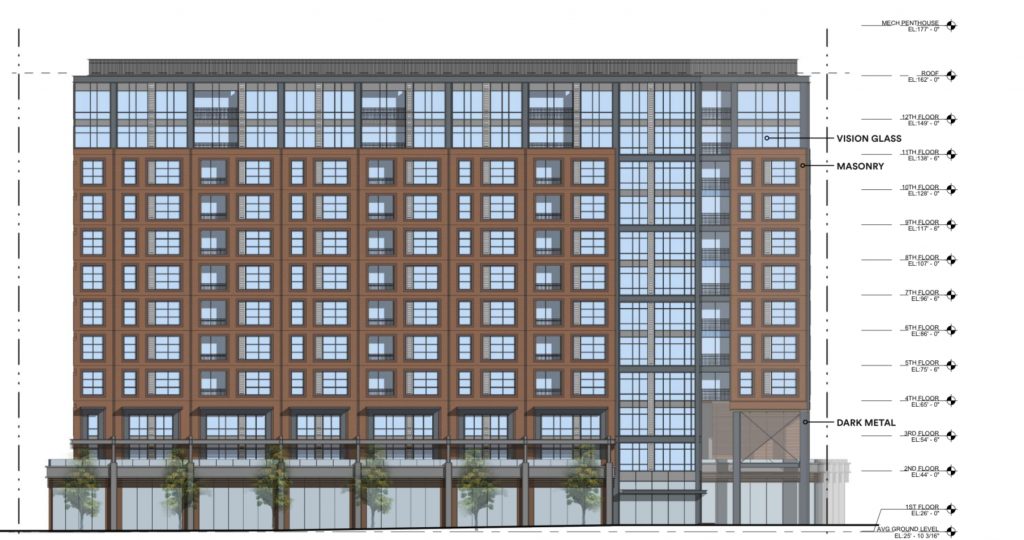 The new tower will replace the current bland one-story industrial structure. Some artwork covers the northern portion of the structure along Spring Garden Street which spruces up the design somewhat although the building does not significantly add much to the surrounding area, with no residential units and a foreboding street presence. The new development will be the opposite, creating a welcoming sidewalk environment with an abundance of retail and restaurant space.  It will also add a good amount of density to help support businesses in the surrounding area.

The project sits just across Spring Garden Street from another planned 13-story, 382-unit high-rise tower at 501 Spring Garden Street. Demolition work has began at the site to prepare for the tower’s construction. Meanwhile, the site sits just steps from Northern Liberties and its vibrant retail and restaurant scene as well as a short walk from Spring Garden station on the Market-Frankford Line.

Philly YIMBY will keep readers updated on the development’s progress.