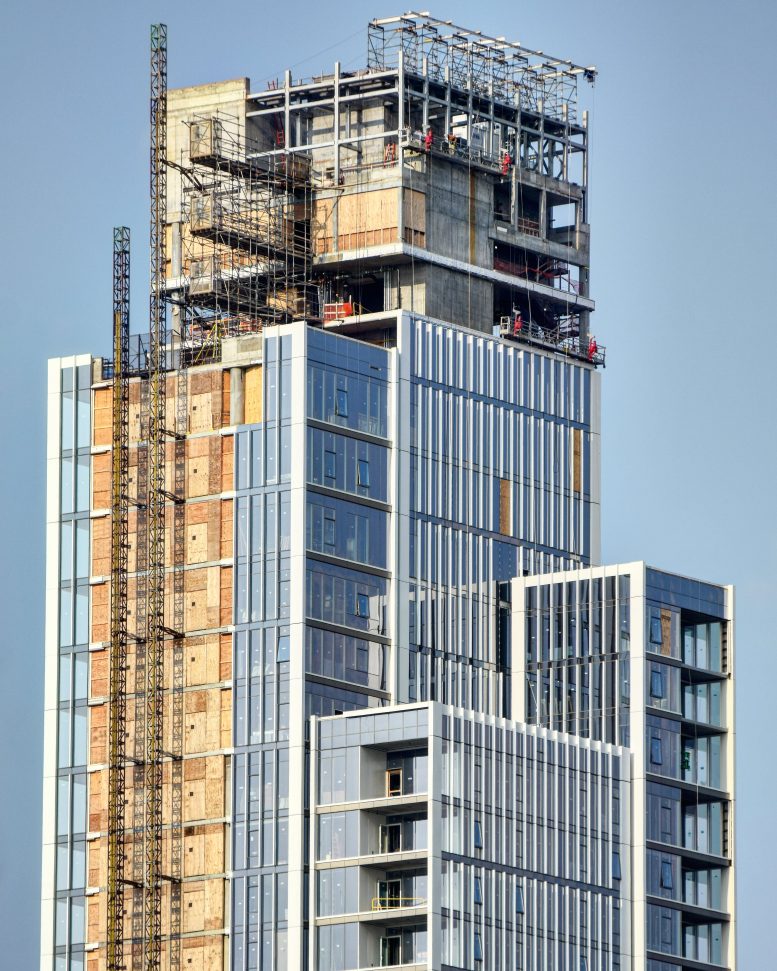 The large crane that was attached to the south side of Arthaus at 311 South Broad Street in Center City has been removed from the structure. Designed by Kohn Pedersen Fox and developed by Dranoff Properties, the 47-story tower stands 542 feet high and will have 108 condominium units, with leasing already underway. The tower has grown into the skyline over the past year and is looking close to completion. 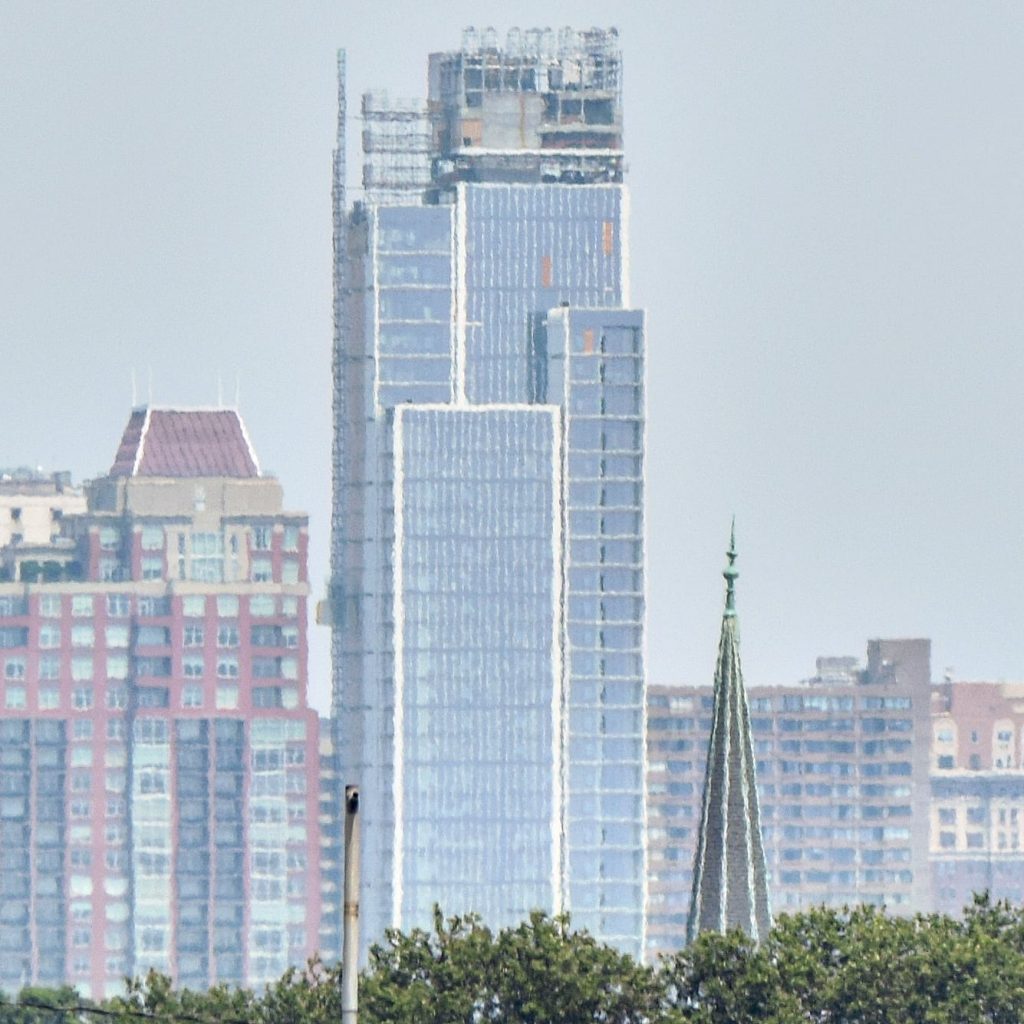 Arthaus from I-95. Photo by Thomas Koloski 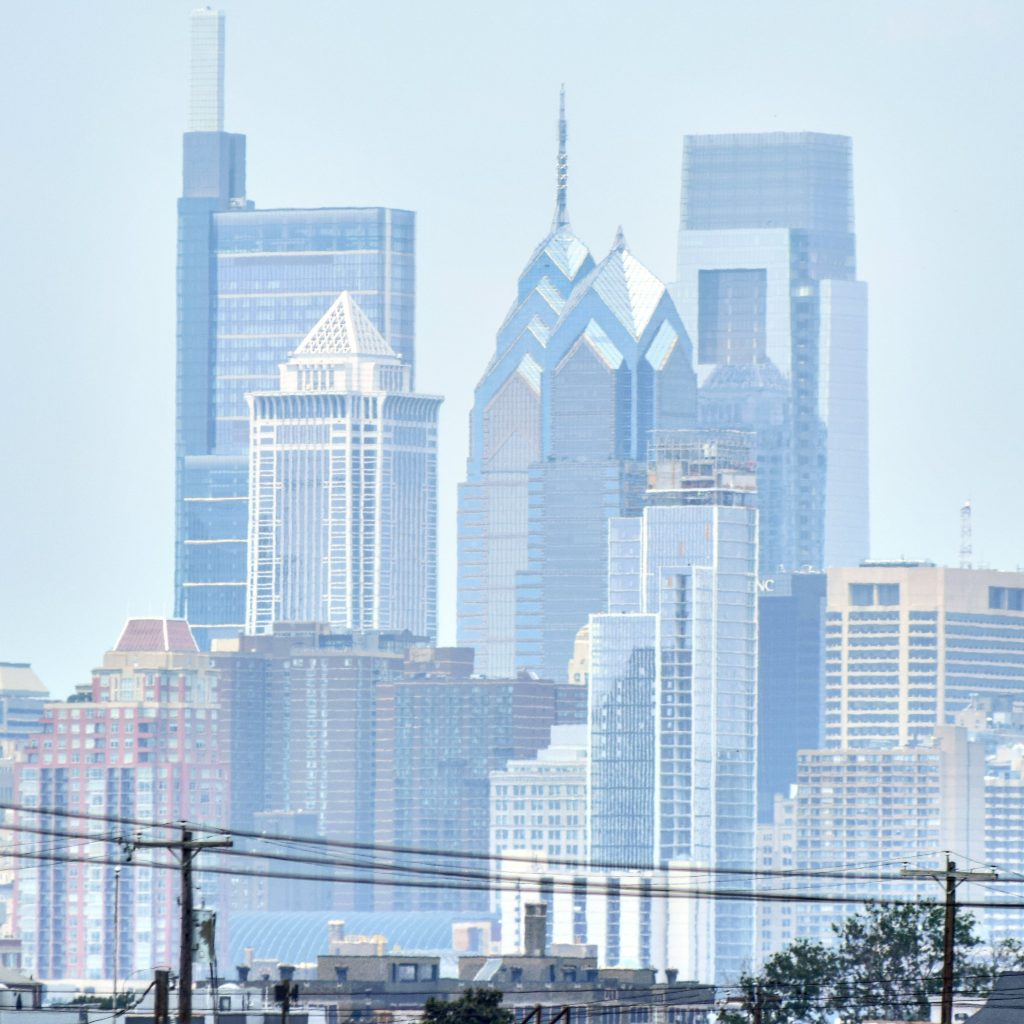 Arthaus with the Center City towers. Photo by Thomas Koloski 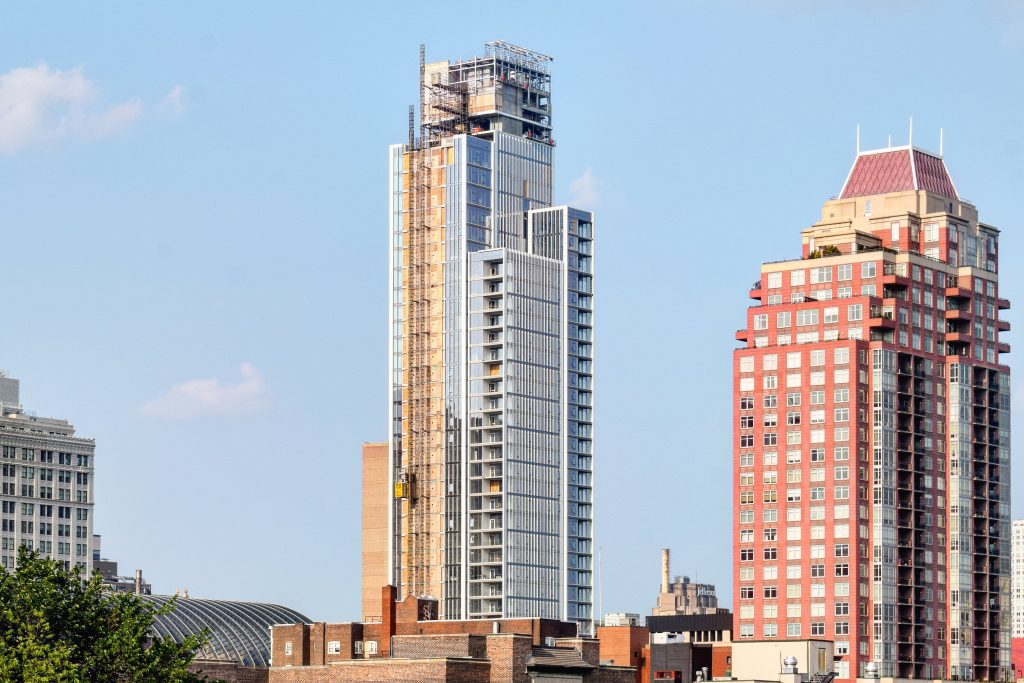 Arthaus from a parking garage. Photo by Thomas Koloski

In the last update on the skyscraper, steel was being erected at the top of the structure, while concrete had been topped out for months. The steel allowed the building to extend to its final height, as the roof sits over 20 feet below the top of the parapet. Temporary construction elevators on the west side of the building had the shafts extended above the terrace, allowing workers to reach the roof. Cladding was also making significant progress, with metal and glass being installed a few floors above the first setback. 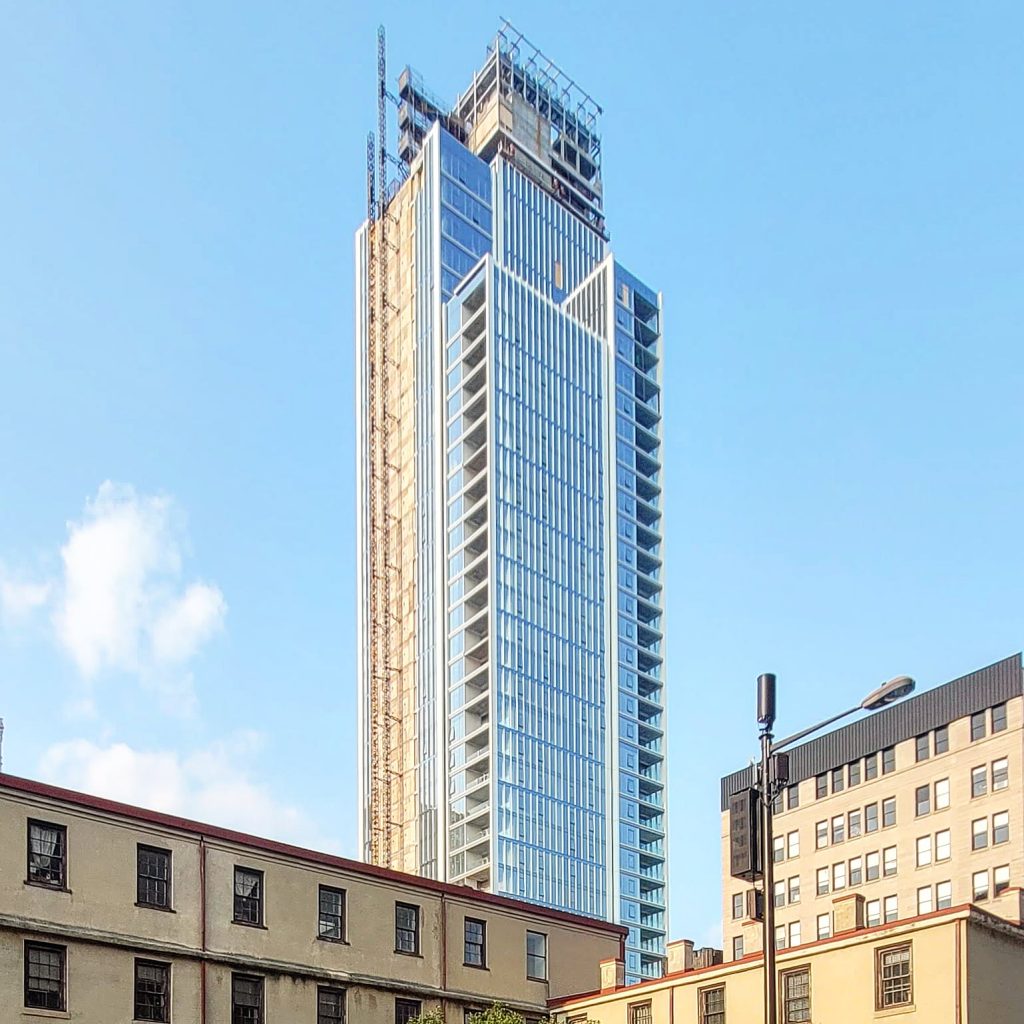 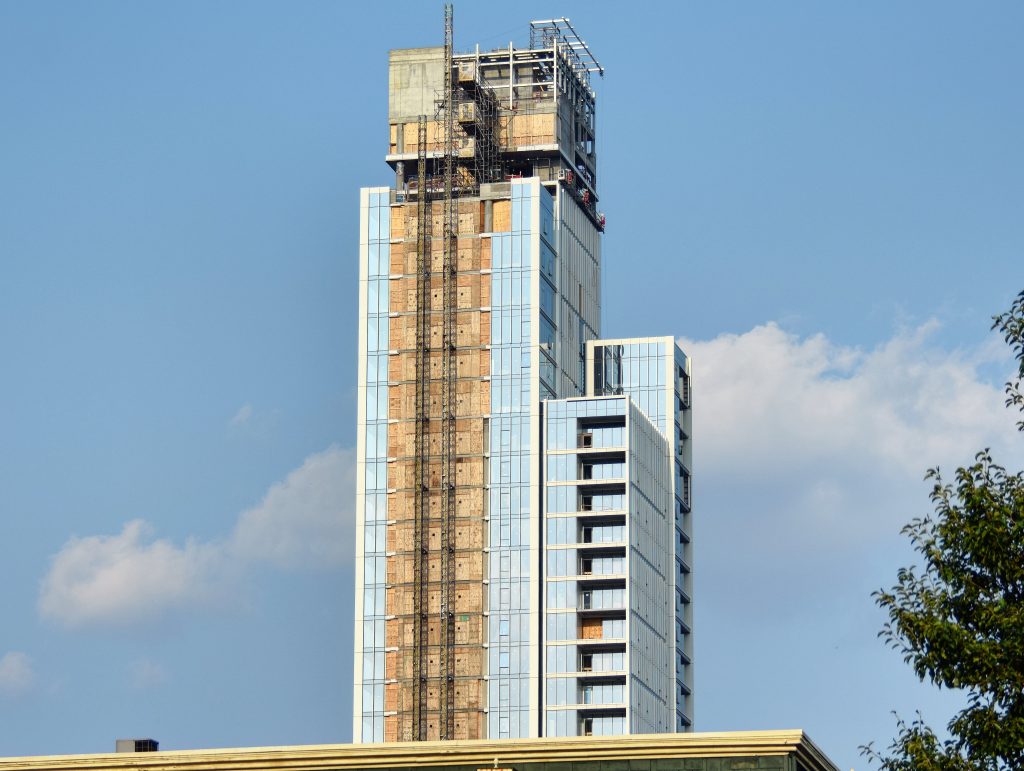 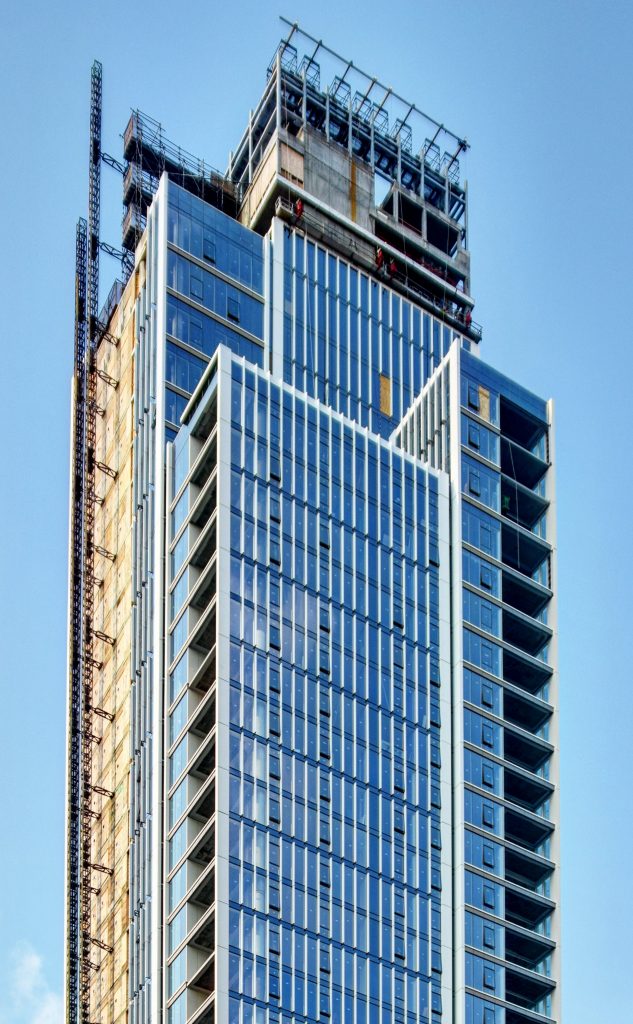 Since that time, the building has made further progress, with the tower crane now taken off of the structure. The crane was jumped down as each section was removed from under the boom. Once near ground level, a smaller crane at the ground level took apart the larger crane piece by piece. The steel at the top of the concrete has been completed for over a month now, with final welding in progress. The cladding is now up to the final terrace, as it awaits to rise up the top. 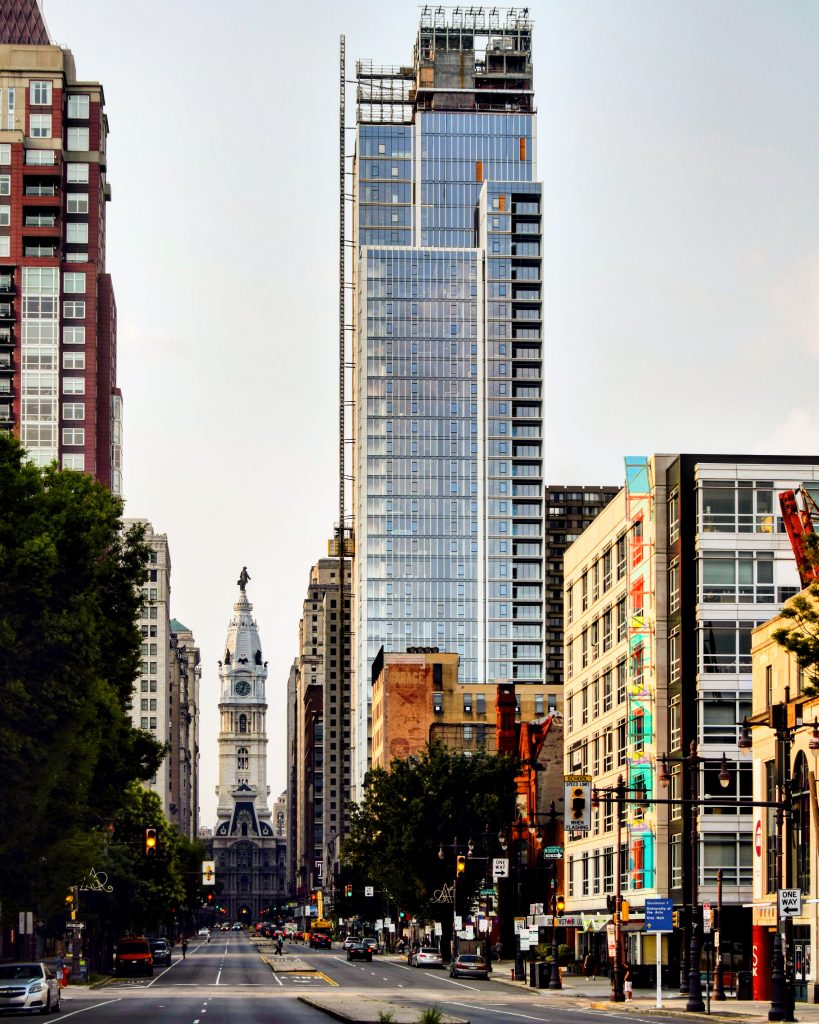 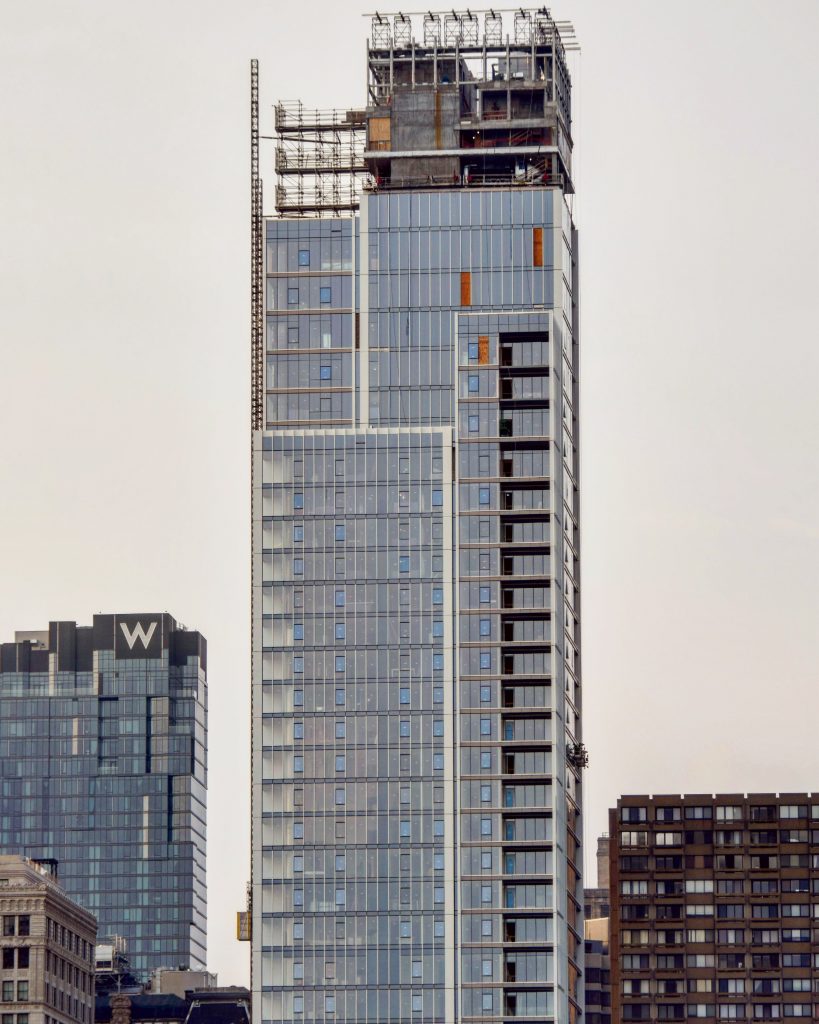 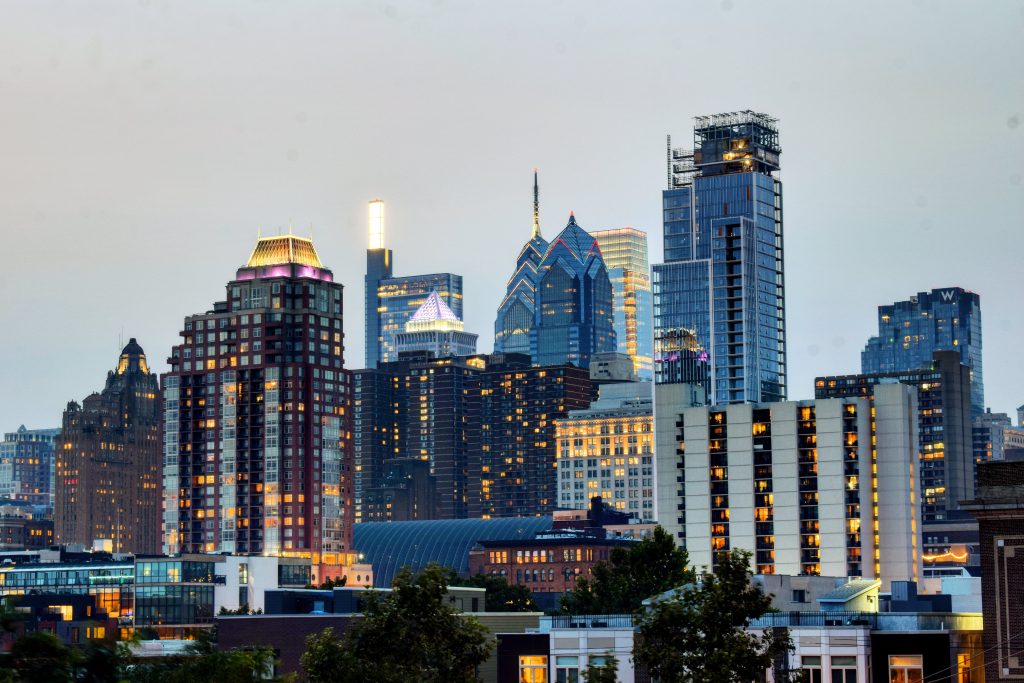 Arthaus in the skyline at night. Photo by Thomas Koloski 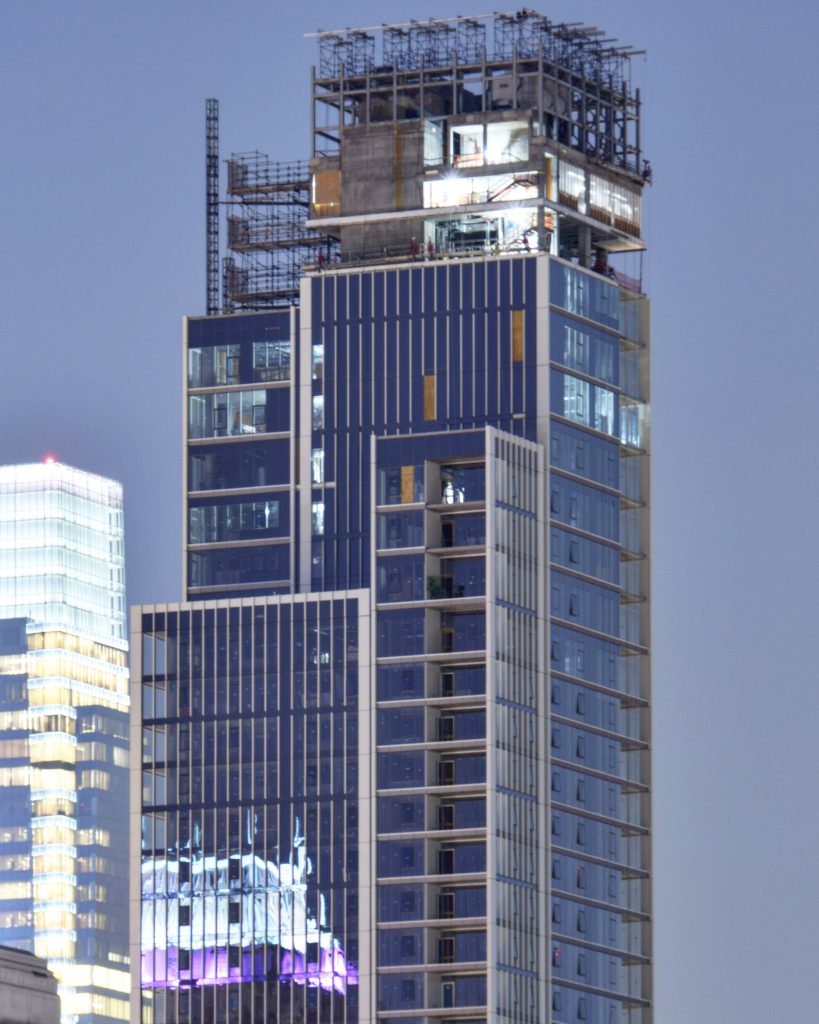 The tower’s anticipated completion is May 2022, as stated on an on-site sign.