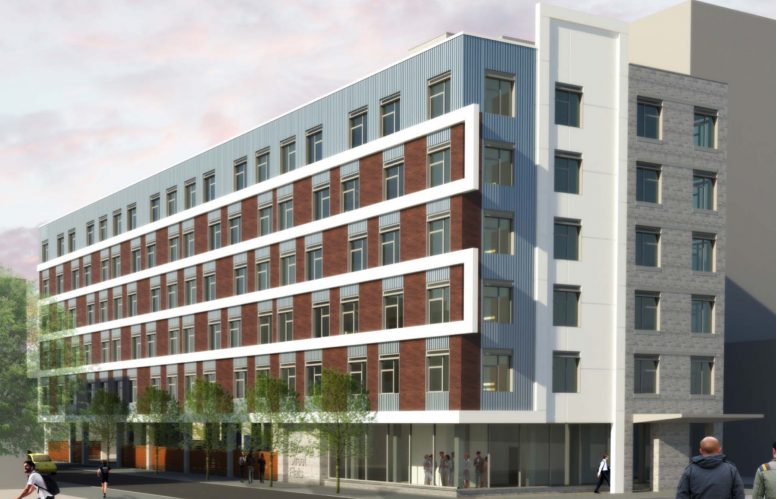 Permits have been issued for an 80-unit residential development at 801 West Girard Avenue in Ludlow, North Philadelphia. Designed by PZS Architects, the building will rise six stories tall. The structure will hold 57,000 square feet of residential space. The building will include a roof deck, as well as parking for 19 cars and 27 bicycles. 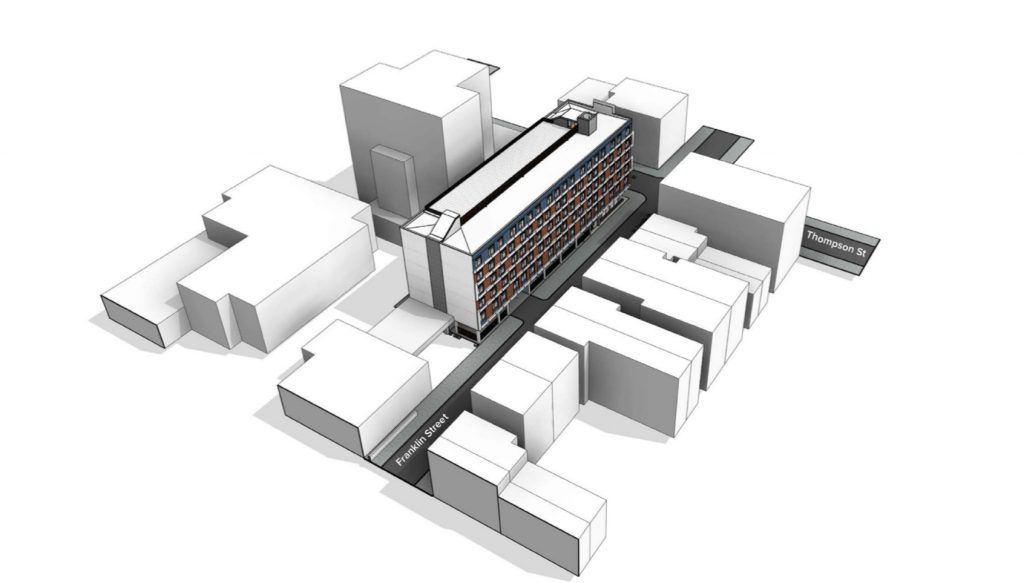 The building will feature a variety of materials blended together to create a modern façade. Notably, brickwork will be used on the façade, rising from the second through fifth floors, with a white band separating each story. Light blue cladding will also take up much of the exterior, particularly at the sixth floor. The ground floor will the see a blend of white-gray cast stone and floor-to-ceiling windows that will make for a solid street presence. The southern face of the building will be a blank wall, while the somewhat hidden western face will feature a primarily blue-clad façade. 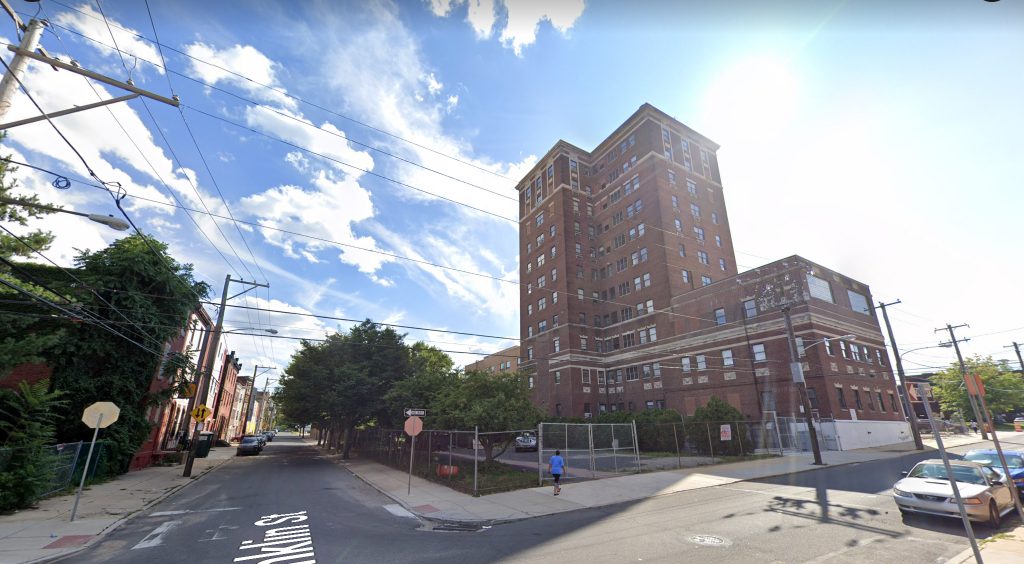 The structure will replace a large vacant lot, one of few remaining in the neighborhood. While the project’s address suggest the building will sit directly on Girard Avenue, in reality the building will rise at the southwest corner of the intersection of Franklin Street and Thompson Street. The property is separated from the street with a chain link fence, and features an old asphalt lot that nature has begun to slowly reclaim.

Once completed, the new density will help support the many businesses located on Girard Avenue, as well as the commercial corridors to the east. Transit access is located just steps away via the route 15 Girard Trolley.

The project could be one of the last large-scale developments we see in the area with a Girard Avenue address, due to a recently proposed bill downzoning the corridor from 6th Street to 13th Street to a 38-foot height limit.

The project went to the Civic Design Review in March, when YIMBY first shared the project. The rapid filing of the latest permit so quickly is a sign that construction may begin soon.