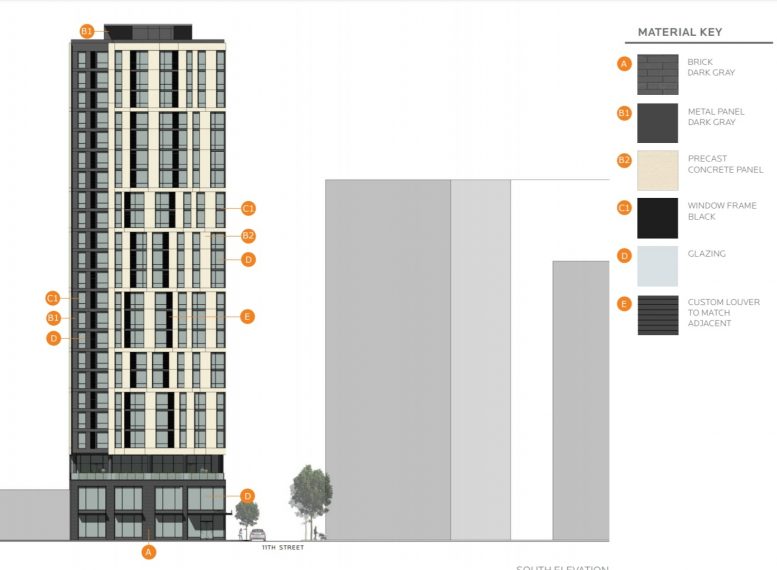 The small commercial structure that stood at 1101 Walnut Street in Washington Square West, Center City, has been completely demolished to make way for a new residential tower. The proposal is bold for the area, as the tower is planned to stand 259 feet and 23 stories tall. Designed by JKRP Architects and developed by LD Investment Partners LLC, and Ernest Bock and Sons Inc, the tower will feature 111 units and will feature an exterior with a mix of concrete, metal, and glass. 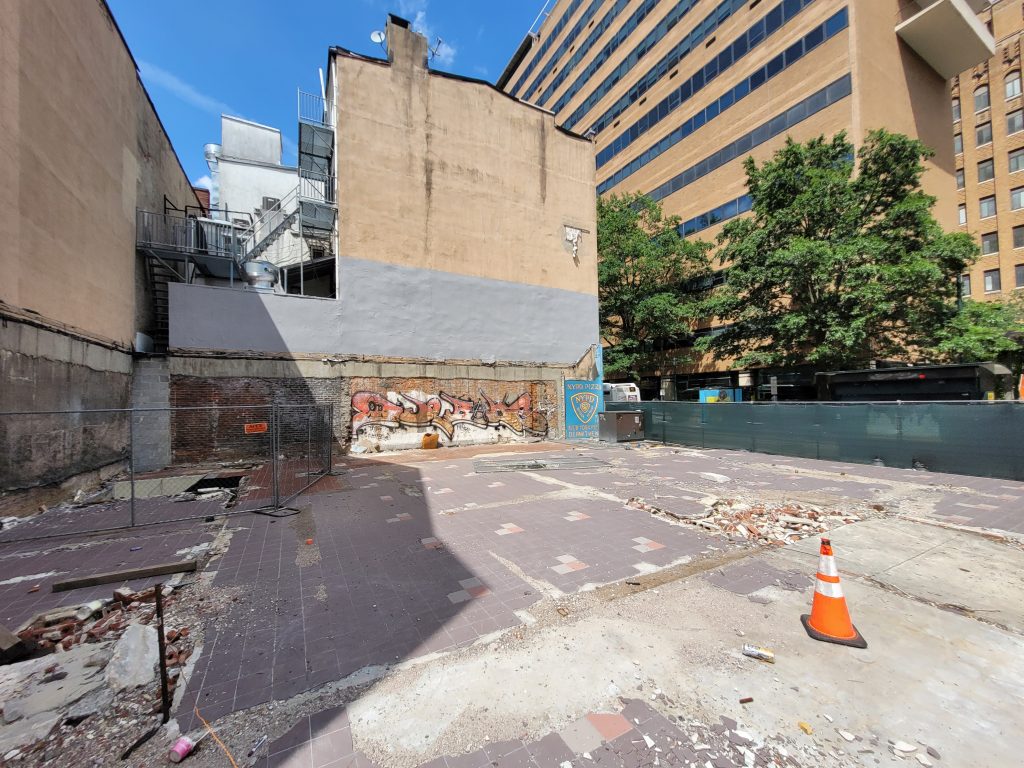 During the last update, demolition was still underway on site. The process had taken place earlier in April, when crews quickly worked to being down the former Wendy’s fast food restaurant. The site has since become an empty lot that is ready for foundation work to start as soon as permits are approved. 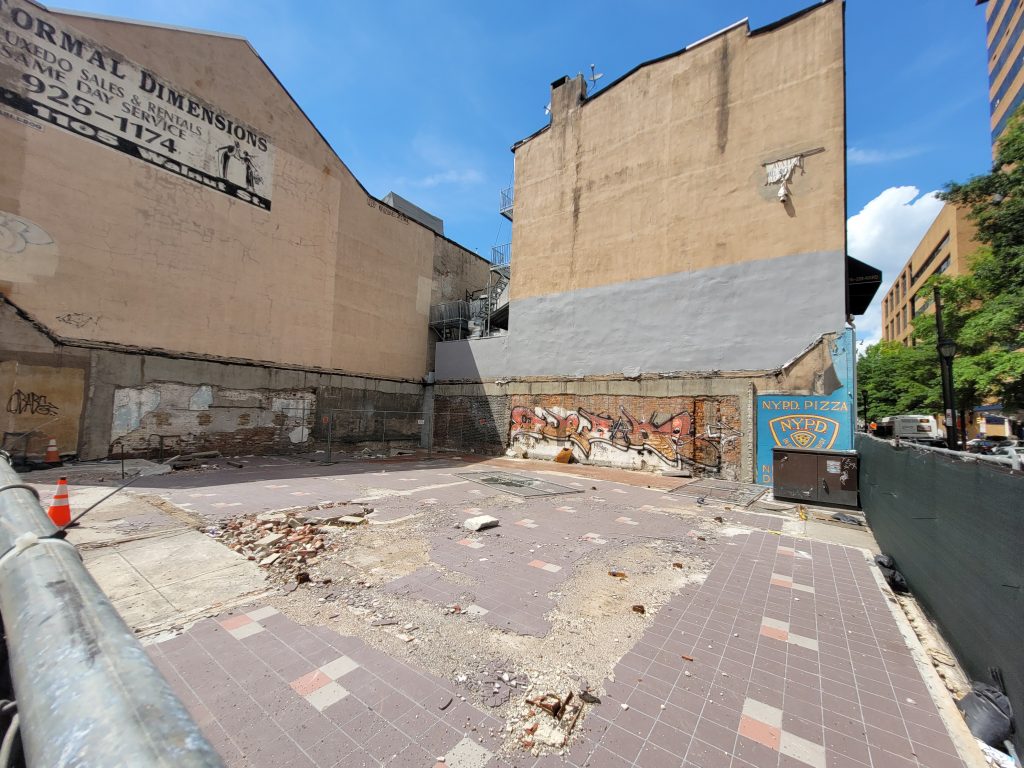 A recent visit to the site showed that fences still stand around the property and that the site is now completely vacant. The floor tiles that used to make up the floor of the former building still exist on the ground of the site. According to recently released zoning diagrams, the height of the building may change due to the helicopter pad at the Sydney Kimmel Medical College directly across the street to the west of the site.

If construction starts later this year, it is possible the structure may be finished by late 2023.