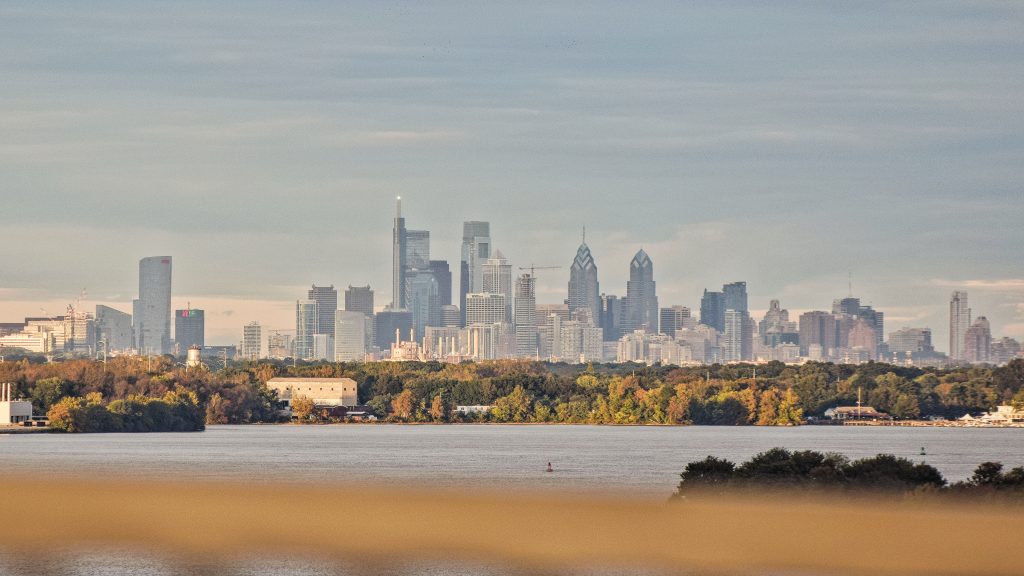 The tallest skyscraper cluster in Center City comes into clear view with each of the towers clearly visible. In front of Mellon Bank Center and One Liberty Place, the recently topped out 599-foot The Laurel Rittenhouse stands prominently with cladding nearing the top and the tower crane rising around 700 feet high. Just behind Symphony House, the bright facade of Arthaus makes the 542-foot-tall tower stand out in the skyline, as its cladding is around 95 percent finished. Both of the towers are planned to be completed by the end of 2022. 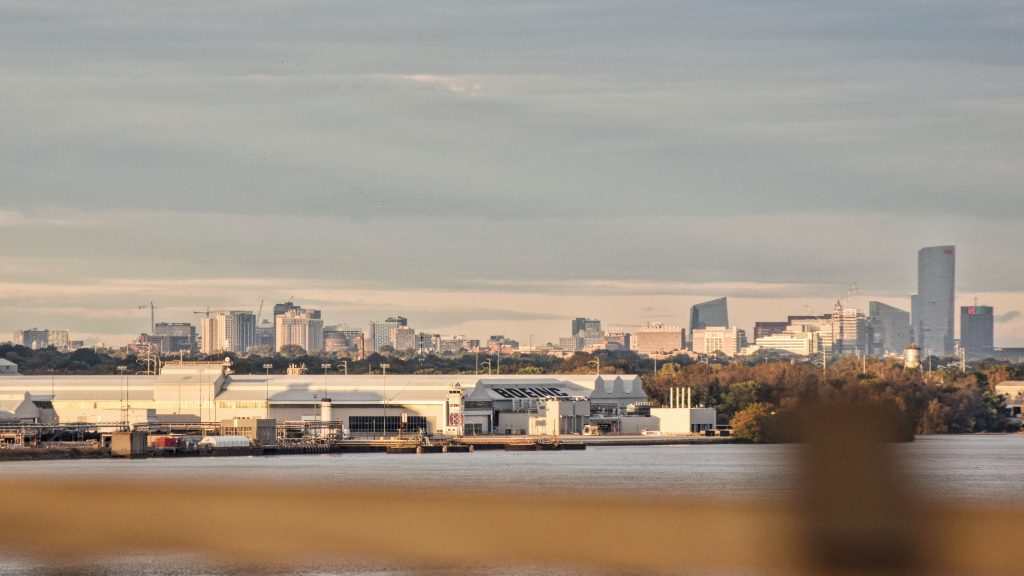 More projects are visible all around the city, with several tower cranes popping out in the West Philadelphia skyline. On the left of the frame, the cranes at uCity Square rise in a cluster. The recently erected crane for 3025 John F. Kennedy Boulevard is Just to the left of Cira Centre is visible. The three cranes for the CHOP Hub for Clinical Collaboration are also rising prominently. To the right of the FMC Tower and Riverwalk‘s south tower, the crane and steel structure of 2222 Market Street is also showing as the crane was recently jumped to match the height of the nearby PECO Building. To the left of Arthaus, the two cranes for the Jefferson Specialty Care Pavilion can also be seen.