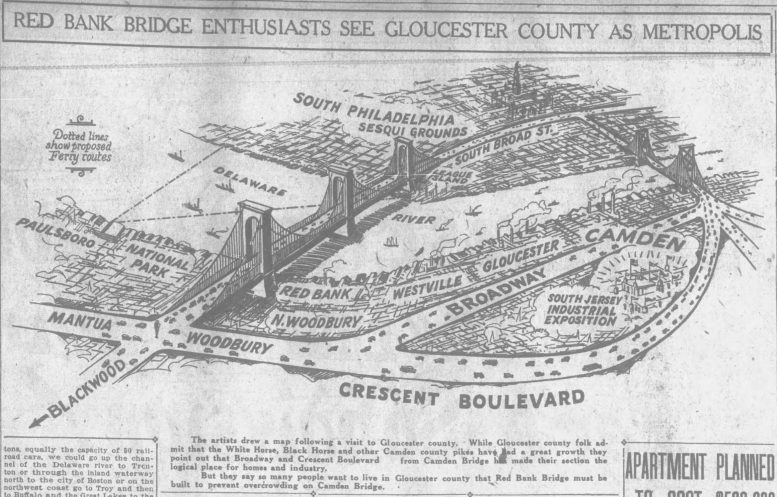 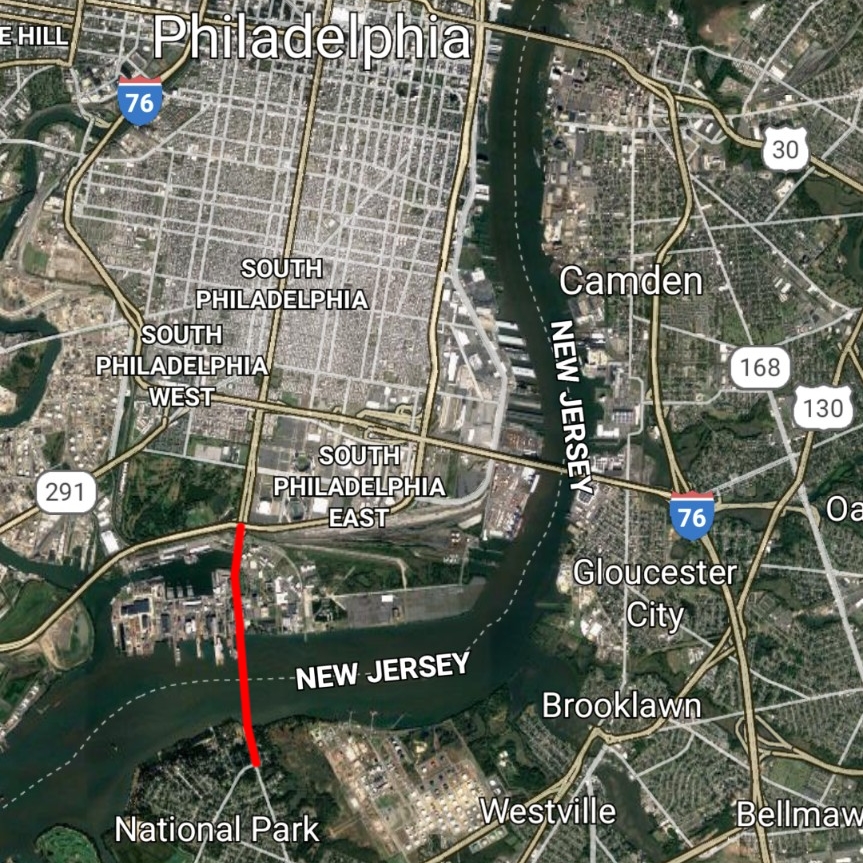 Mayor Moore had brought up the idea to the president of the Eureka Triangle Club, Governor Watkins. The discussion was then taken to the Woodbury Court House, where the monthly booster meeting for the club was taking place. The idea was spurred by the fact that the Benjamin Franklin Bridge (originally known as the Delaware River Bridge) was just over four months away from completion. The Mayor added that the two bridges together would greatly improve the flow of traffic in Philadelphia and South Jersey.

If built, the bridge would have had an obvious placement when looking at the map. The southern tip of Broad Street curves slightly to the east when it approaches the Delaware River in the Navy Yard. On the New Jersey side, Red Bank Ave in West Deptford lines up perfectly with the southern tip of Broad Street, making the connection of a span seem ideal at that location. However, if built, Philadelphia Sports Complex and the neighborhood of West Deptford would see different rates of traffic compared to today. In the end, it was likely for the best that the Walt Whitman Bridge was built as it was planned out to come in fruition.