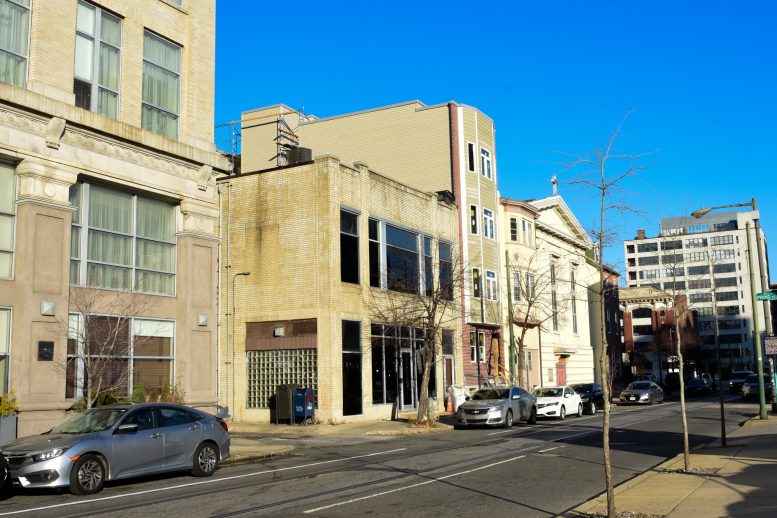 Philadelphia YIMBY’s recent site visit has revealed that construction is nearly complete at the four-story, six-unit residential building at 214 North 12th Street in the western section of Center City’s Chinatown, in an area alternately known as the Convention Center District. The development replaces an attractive Colonial-style townhouse. According to filings, the new structure spans 5,190 square feet, leading to an average of around 850 square feet per unit, and features full sprinkling. Permits list Kaing Estate LLC as the owner and Liu Construction LLC as the contractor. Construction costs are specified at $200,000. 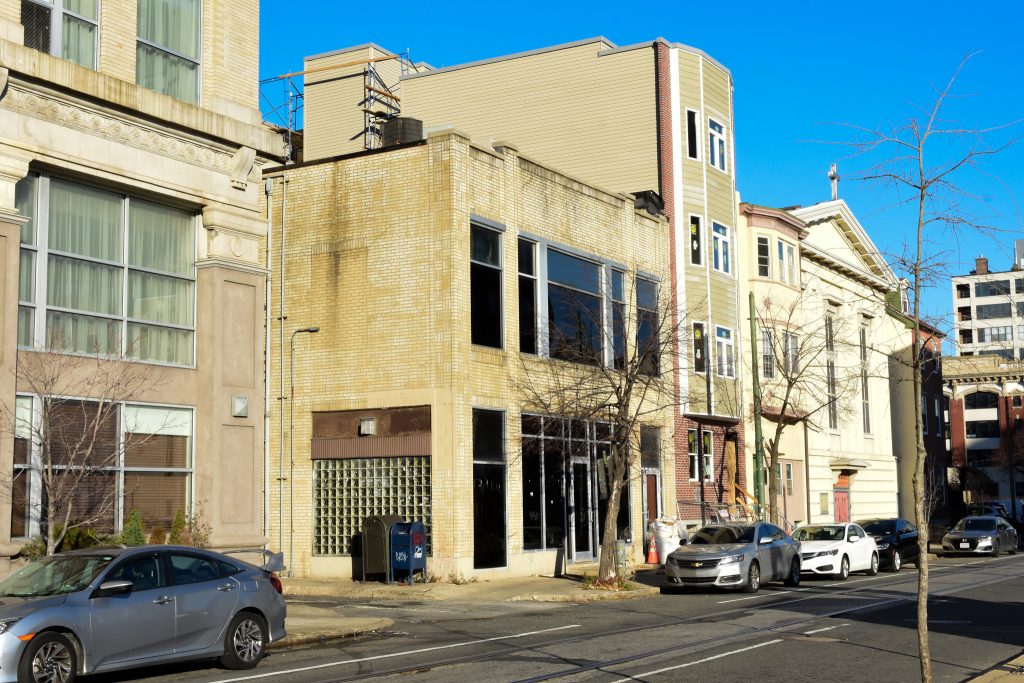 The townhouse that previously stood at the site was exemplar of Philadelphia’s rarefied Colonial and Federal-era architecture, featuring a red-brick facade, masonry base, a raised entrance with bracketed molding, a bracketed cornice, and a gently sloped roof. Green paint and the cornice and classic star-shaped facade tiebacks added further charm to the composition. 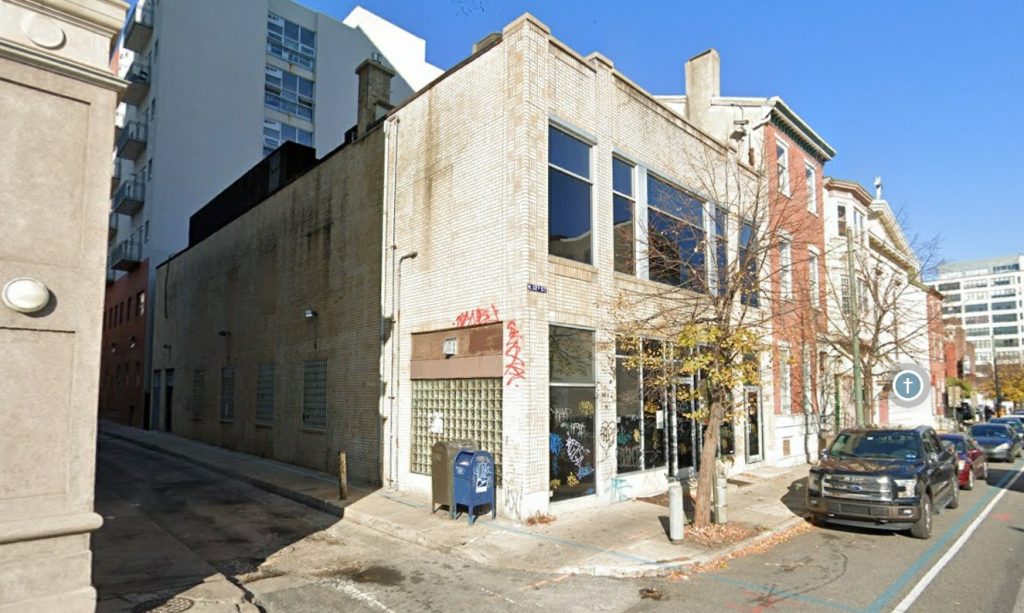 In December 2020, demolition permits were listed for the structure that currently stands at the site, listing RPS Construction as the contractor and a cost of work of $20,000. The destruction of such a property is quite egregious, if not outright offensive, especially since the narrow structure, measuring only around 30 feet deep, could have easily been expanded in the rear, allowing the development to reach its current dimensions without sacrificing the historic facade.

The replacement is rather ho-hum, better suited for an outlying neighborhood than one of the oldest and most centrally-sited sections of the city. At least the building makes certain historicist nods, where a red brick facade, raised on an off-white masonry-imitation base, is reminiscent of the destroyed building, while the cantilevered three-story bay window section on the upper floors matches its neighbor to the north. 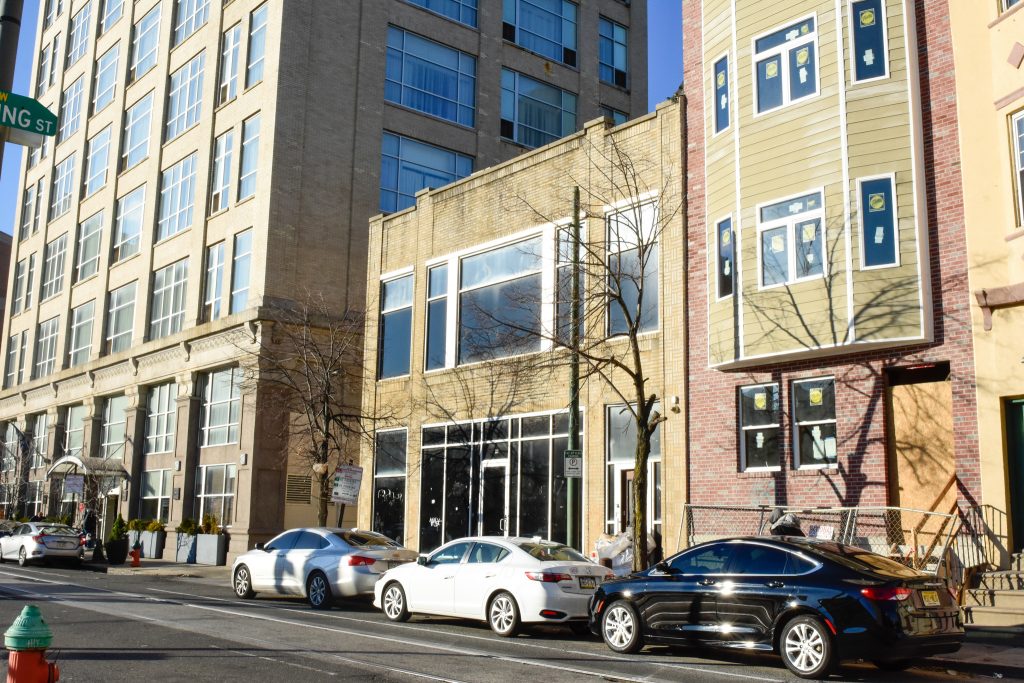 The block, located immediately to the north of the Philadelphia Convention Center, is seeing rapid development, with two more medium-sized developments underway across the street to the east. In addition, Parkway Corporation is seeking to redevelop the two large parking lots that span to the east. The block is well served by public transit, with the Race-Vine Station on the Broad Street Line situated several short blocks to the west.