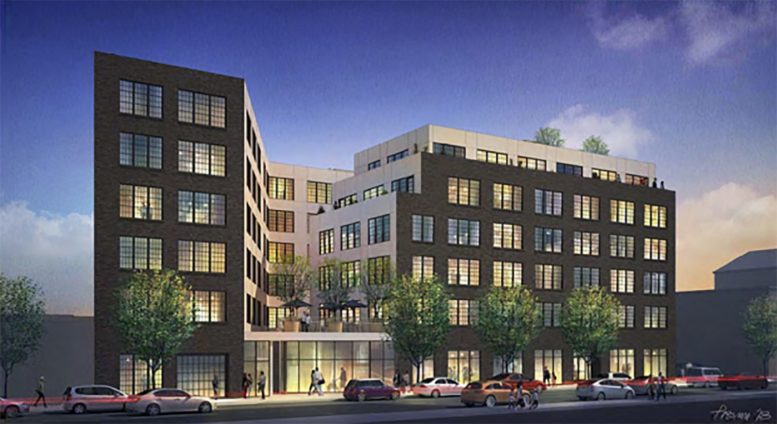 Construction work is making steady progress at an 88-unit mixed-use development at 171 North 2nd Street in Olde Kensington, North Philadelphia. Designed by Stuart Rosenberg Architects and developed by Brick Capital, the building rises six stories tall, and will feature two ground-floor commercial spaces, as well as 32 parking spaces. Amenities will include a fitness center and a roof deck, which promises to offer extensive skyline views. 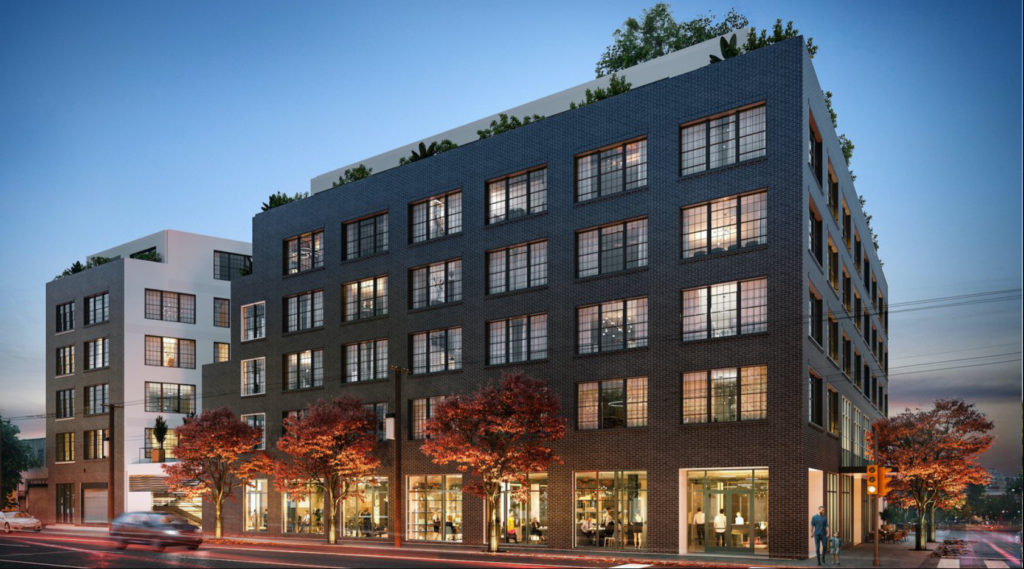 The building will feature an attractive, industrial-modern facade that should nicely fit in with the neighborhood surroundings. Primarily, gray brick will cover the majority of the facade, rising from the ground to the fifth floor in a grid pattern, framing floor-to-ceiling windows on the ground floor and large, loft-styled windows on the upper floors. The sixth floor will sit at a setback, making it less noticeable from the street, and will be clad in light gray cladding, adding a modern twist to the design. Other non-street-facing facades will also feature this cladding, possibly a budget-based choice. Street trees are shown planted around the building’s footprint. 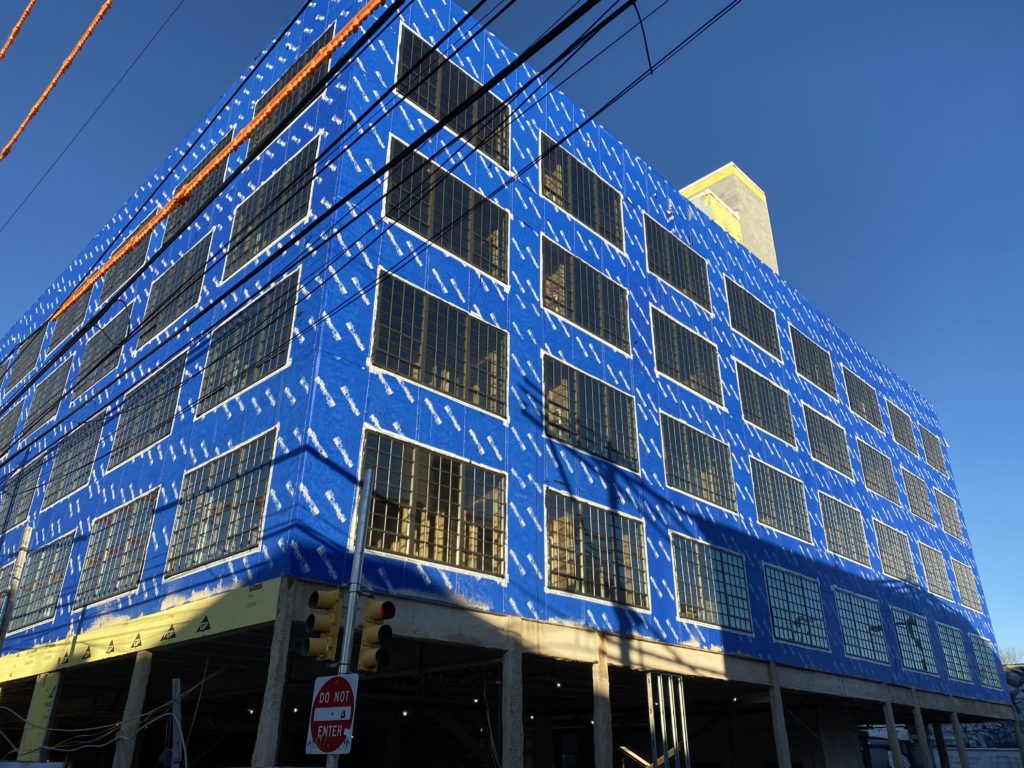 Construction work is currently making considerable progress, with the development now fully framed and topped out. Window installation is mostly complete on the upper floors. The large, attractive windows will allow for ample natural light to reach interiors. Home wrap covers the framing work, and, presumably, interiors are seeing progress as well. 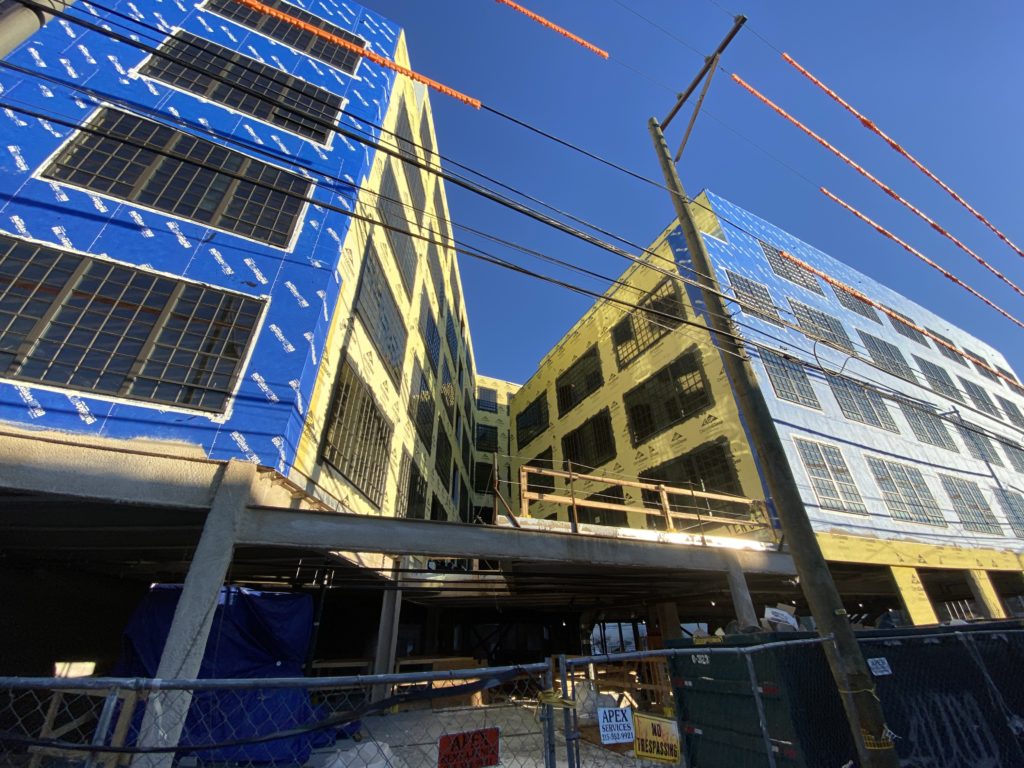 However, there is still a bit of work that needs to be one before the building can start looking like the final product. Windows are still awaiting installation on the ground floor, and will likely be one of the last design features to implemented. Additionally, façade installation also needs to be done, which has not yet begun. Hopefully, we will see facade installation in the coming months. 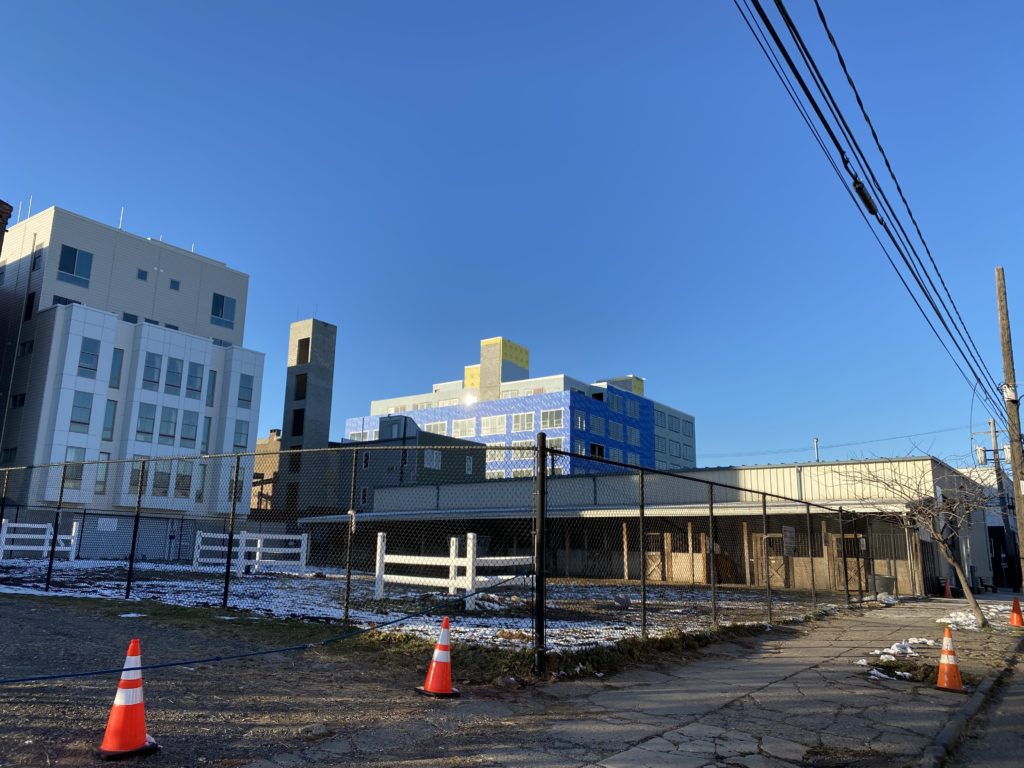 The new development is a great addition for the surrounding area, adding significant density in a walkable neighborhood well-served by transit. The 88 residential units will add residents to one of the hottest real estate markets in the city, and will help fill housing demand. Meanwhile, the two commercial spaces at the ground floor should help improve the street presence and pedestrian activity, and add to the neighborhood’s growing business community and restaurant scene.

No official completion date is known for the project at this time, but it may reach completion sometime later this year.

Be the first to comment on "Construction Progresses at 1701 North 2nd Street in Olde Kensington, North Philadelphia"