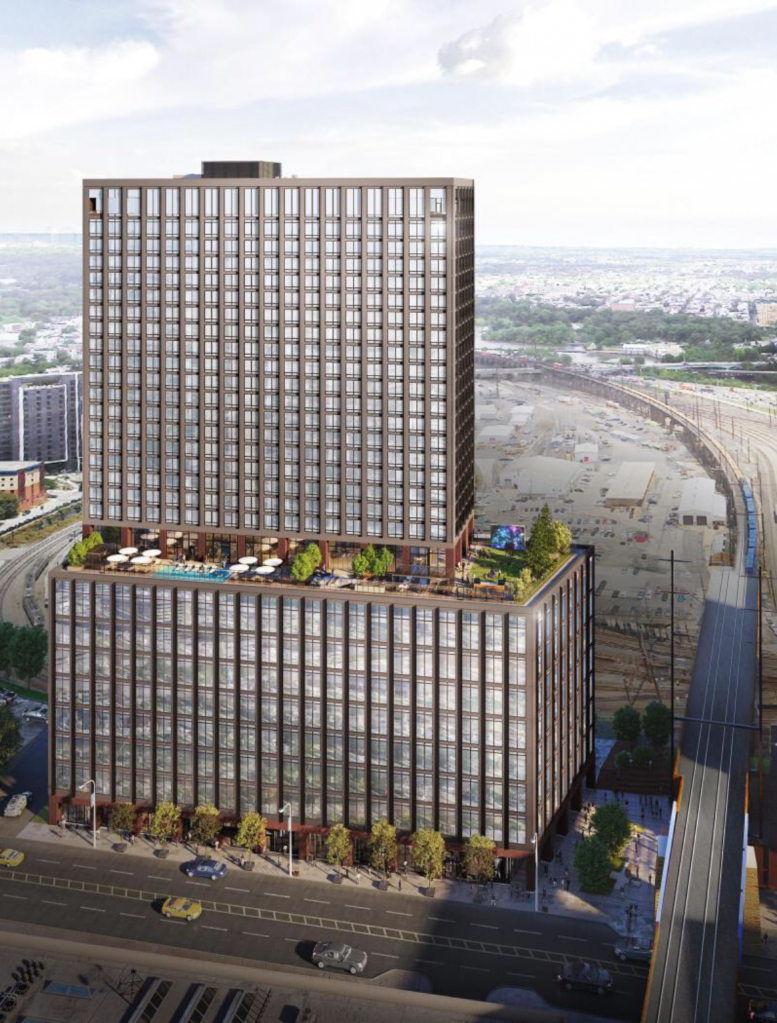 The first Schuylkill Yards skyscraper now officially rises above ground at 3025 John F. Kennedy Boulevard in University City. The tower, also known as Schuylkill Yards West, is sited just to the northwest of Drexel Square. Designed by the Practice for Architecture and Urbanism and developed by Brandywine Realty Trust, the high-rise will eventually reach 361 feet and 28 stories in height, and will consist of 326 residential units and lab space. The structure is a part of the 14-acre mega-project that will change the West Philadelphia skyline, and is the latest phase in the project’s construction since the renovation of the Bulletin Building. 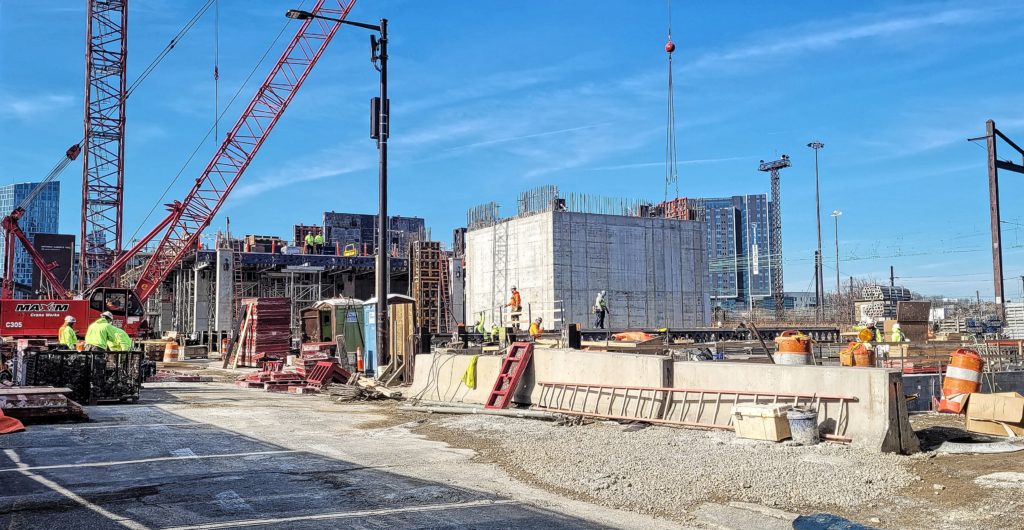 The massive foundation for the building has been excavated throughout 2021, with the groundbreaking taking place in March. The former parking lot was then broken up to make way for the tower, and by the next month the footprint of the building was visible. Excavation was finished by August, with the pit reaching the bottom of the future structure and the perimeter walls assembled. In September concrete work was observed and the foundation was underway, and the structure had started rising in November and December. 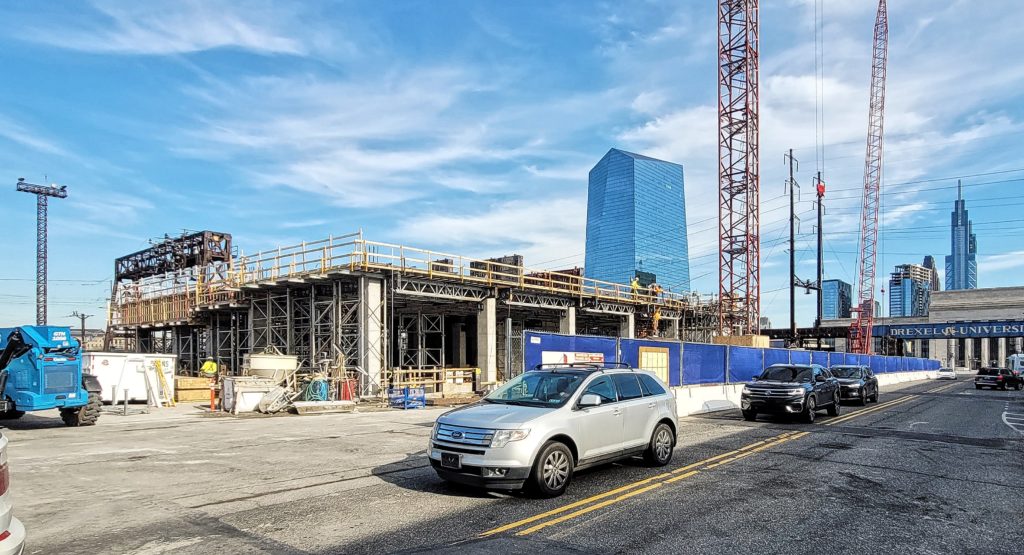 In YIMBY’s recent visit to the site, we observed that substantial progress has been made, with the tower now rising above ground. The concrete structure of the core and columns for the first floor are finished. In addition, concrete forms for the first floor are going up, with work starting on the slab that will house the tower’s future floors rising above. Though the crane hasn’t jumped yet, it stands high above the site and and is visible from a number of viewpoints throughout the city. By the end of this year, the tower should top out at its full height. 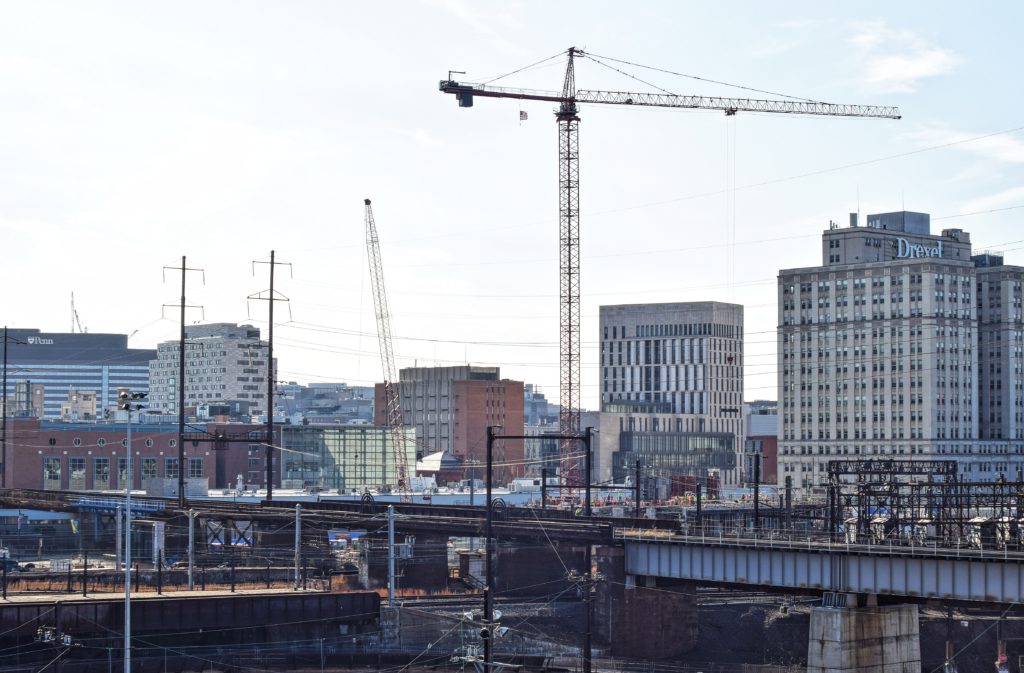