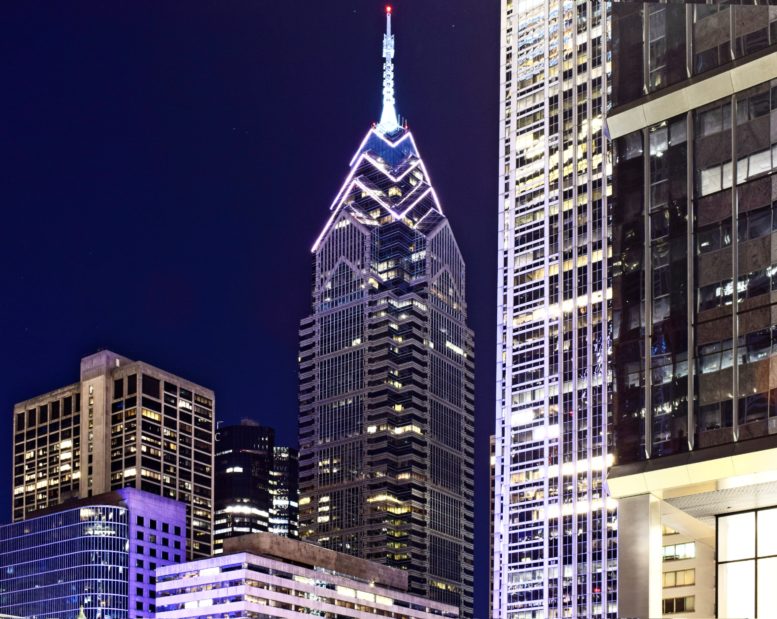 Philadelphia is home to several tall skyscrapers in Center City, with One Liberty Place among the most iconic in the group. The steel-framed tower rises at 1650 Market Street to a height of 945 feet and 61 stories above the ground. The skyscraper was designed by Helmut Jahn, who has unfortunately passed in May of last year, as part of the Liberty Place project developed by Rouse and Associates. At the moment, only two observatories operate in the city, as one has closed last year. Today we look at views from theh currently closed One Liberty Observation Deck, located on the 57th floor in the skyscraper’s gabled crown. 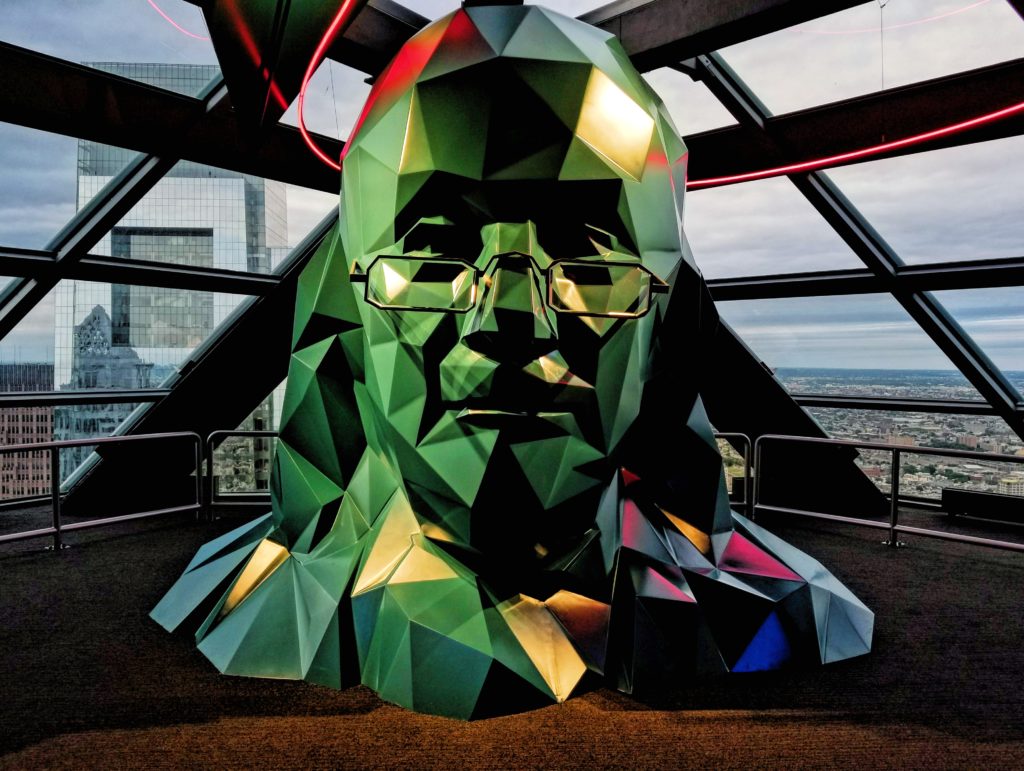 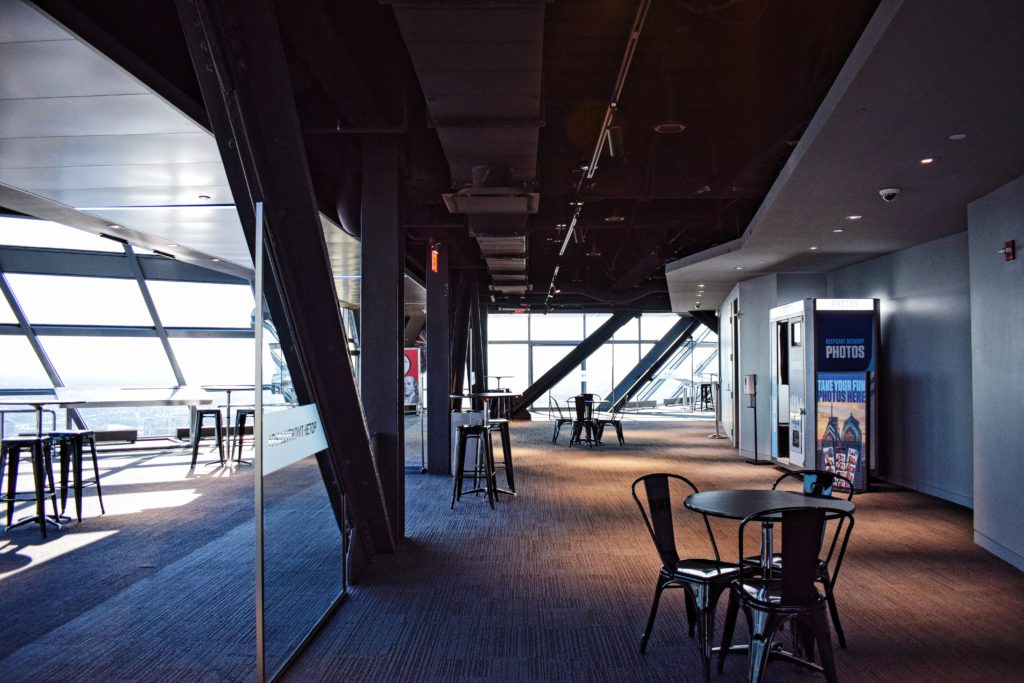 The observation deck was first planned when Montparnasse 56 purchased the entire floor for the future public space. The observatory opened to the public in November 2015, offering fantastic views in all directions. The floorplate is shaped as a square with smaller trapezoids on all four sides. The core is slimmer in most of the crown levels, though the beams of the thicker portion of the core extend to the top, as well. The observation deck features interactive screens with on-screen tours, curvy neon lights decorating the ceiling, and a large statue of Benjamin Franklin’s head on the north side of the floor. 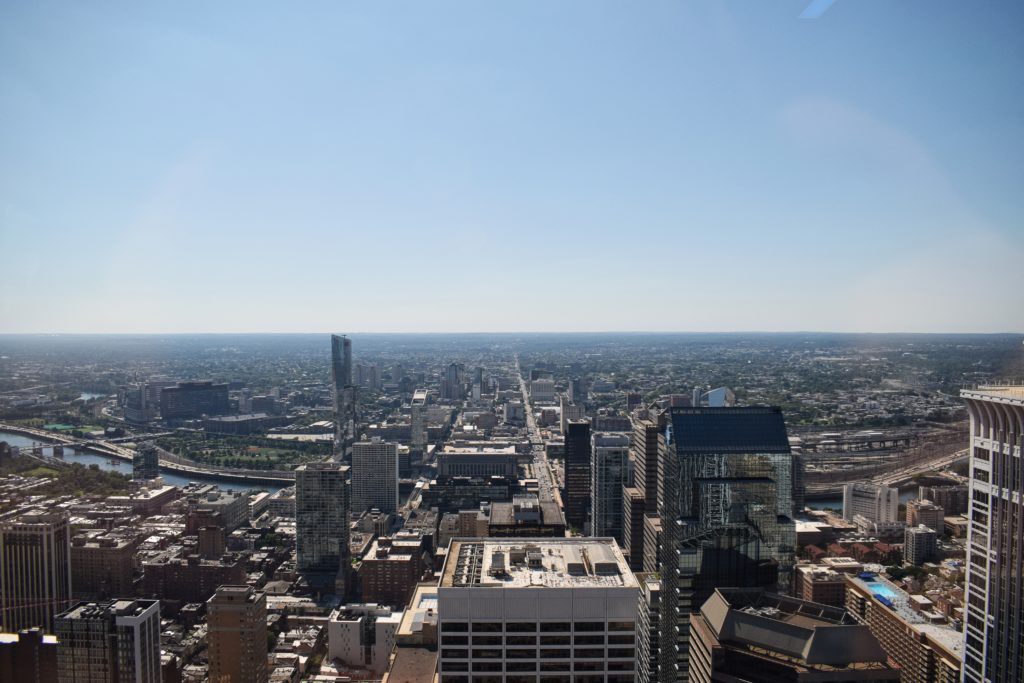 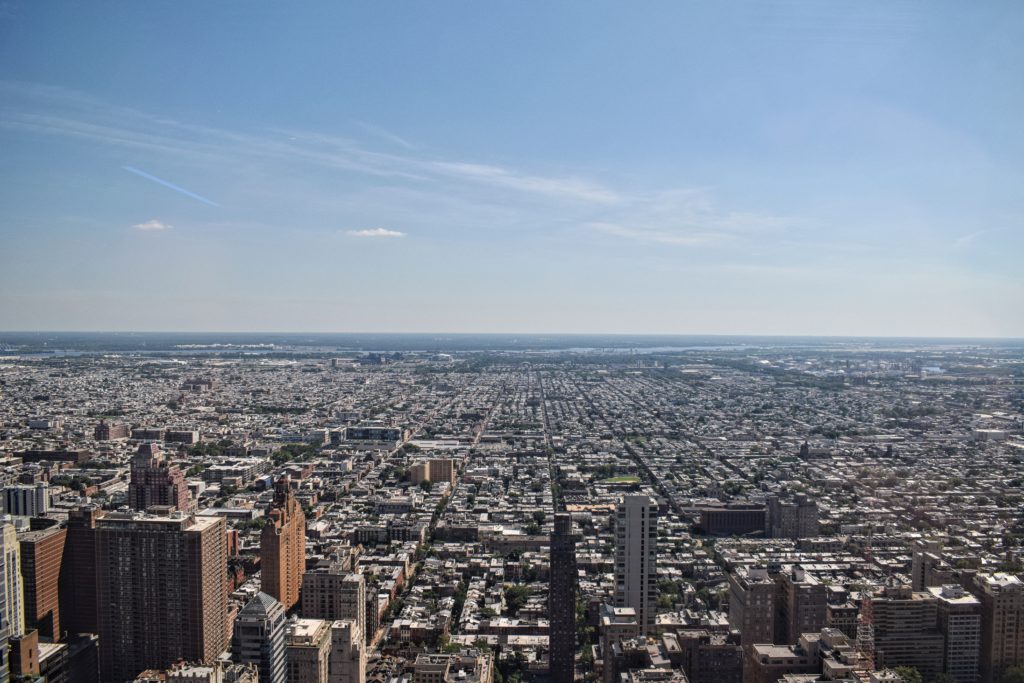 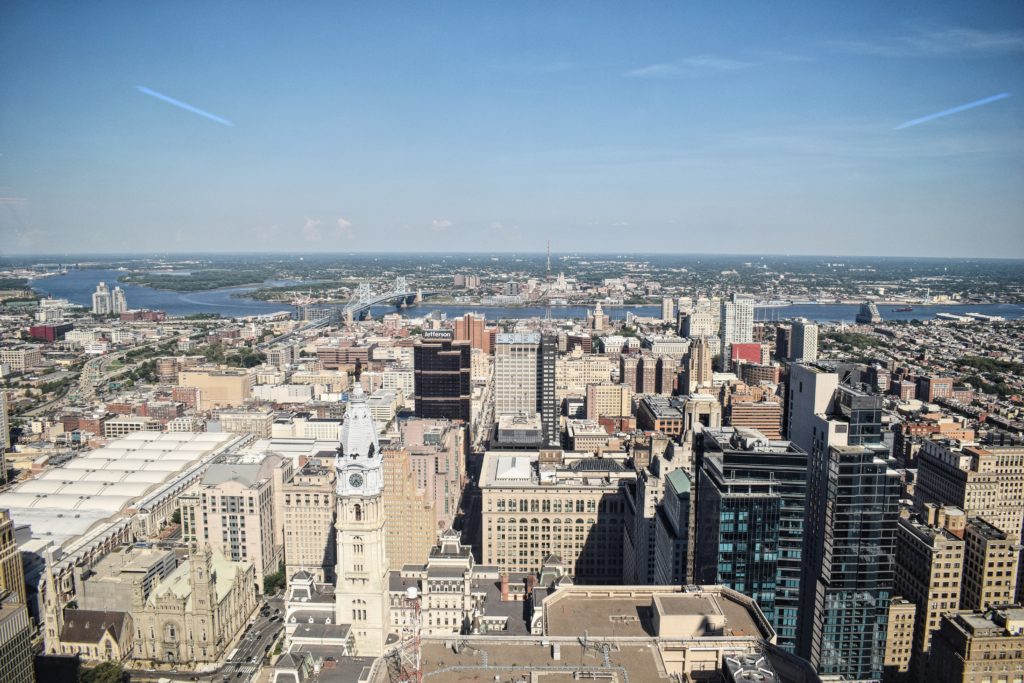 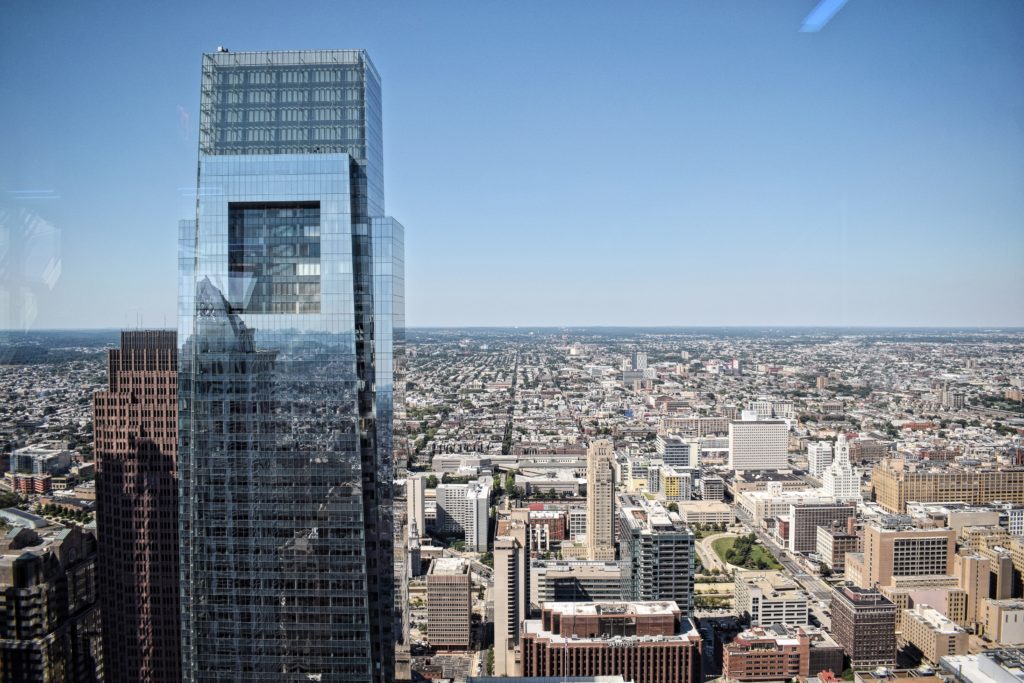 The views from the iconic skyscraper are mesmerizing, as on a clear day you could see out for nearly 35 miles. The tower is surrounded by the tallest skyscrapers that make up the city’s skyline, so they can be seen in a very close and high perspective. Market Street cuts through the city from Penn’s Landing on the Delaware River waterfront all the way through West Philadelphia. As of September 2021, One Liberty Observation Deck has been indefinitely closed.