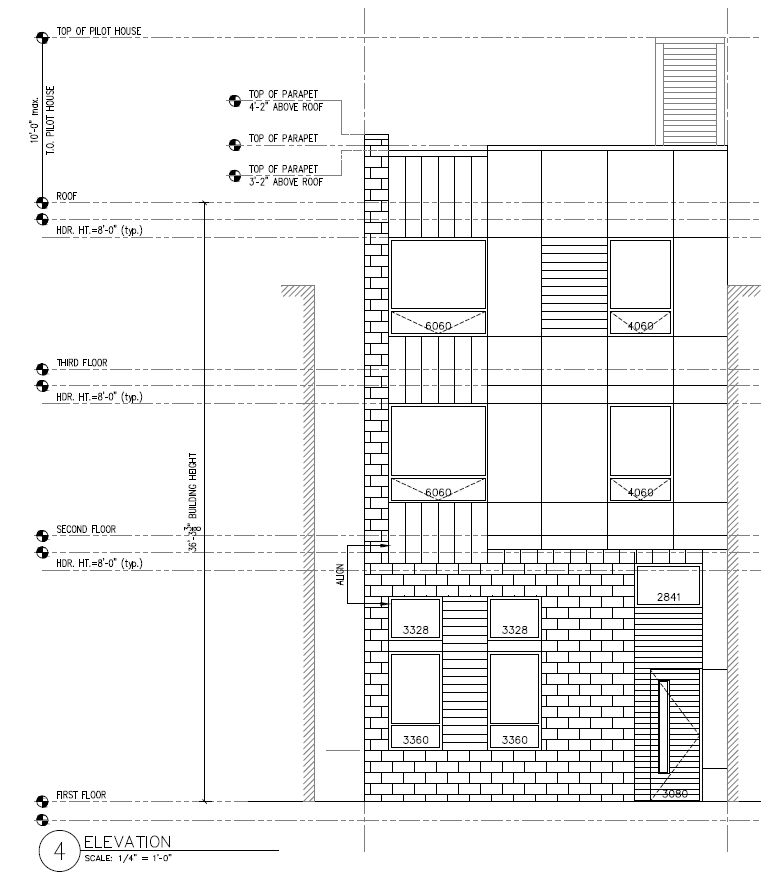 Permits have been issued for the construction of a three-story, five-unit apartment building at 4029 Powelton Avenue in West Powelton, West Philadelphia. The structure will replace a vacant lot on the north side of the block between Wiota Street and North Preston Street. Designed by Cadre Design & Development, the building will feature a basement and two private roof decks. Permits list Yuhua Wang and Emily Xiao as the owners, JS General Contractor Inc. as the contractor, and a construction cost of $150,000. 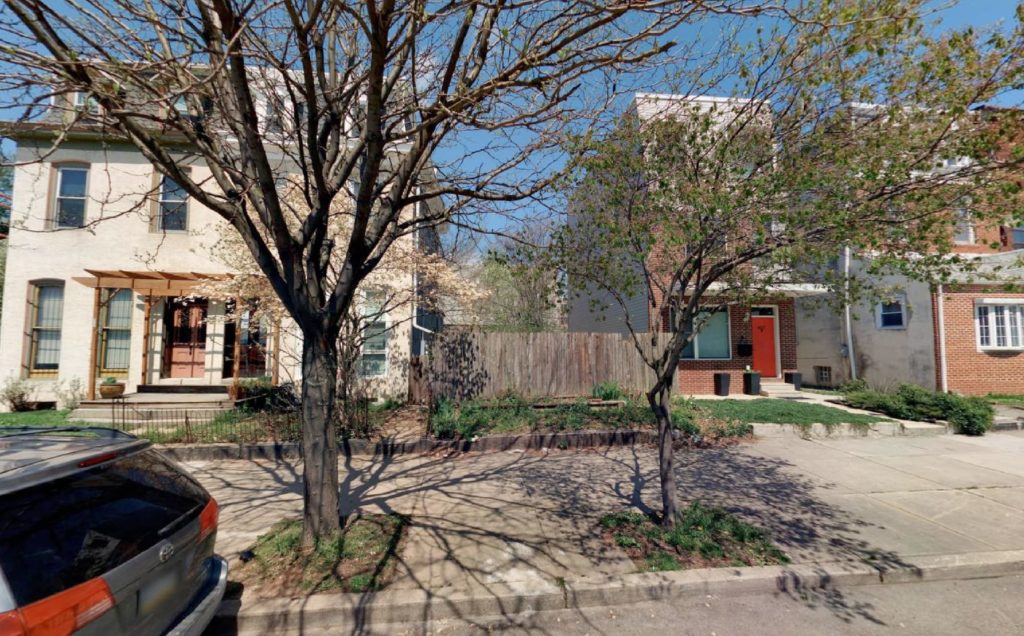 Given the structure’s low floor count in relation to its height, we would typically expect an elevated base and tall floors. Surprisingly, the opposite is true. The ground floor appears to sit level with the sidewalk, and while the two upper floors offer paltry eight-foot floor-to-floor heights, the ground floor subsequently adds up to a whopping 20-foot height. It is hard to explain such an arrangement, which would be more likely for a structure with ground-floor retail, for an all-residential building instead. Our guess four an explanation would be is that perhaps the project is being built by owners that intend to reside in a large ground-floor unit with palatial ceilings, while reserving the upper floors for rentable units to generate additional income. 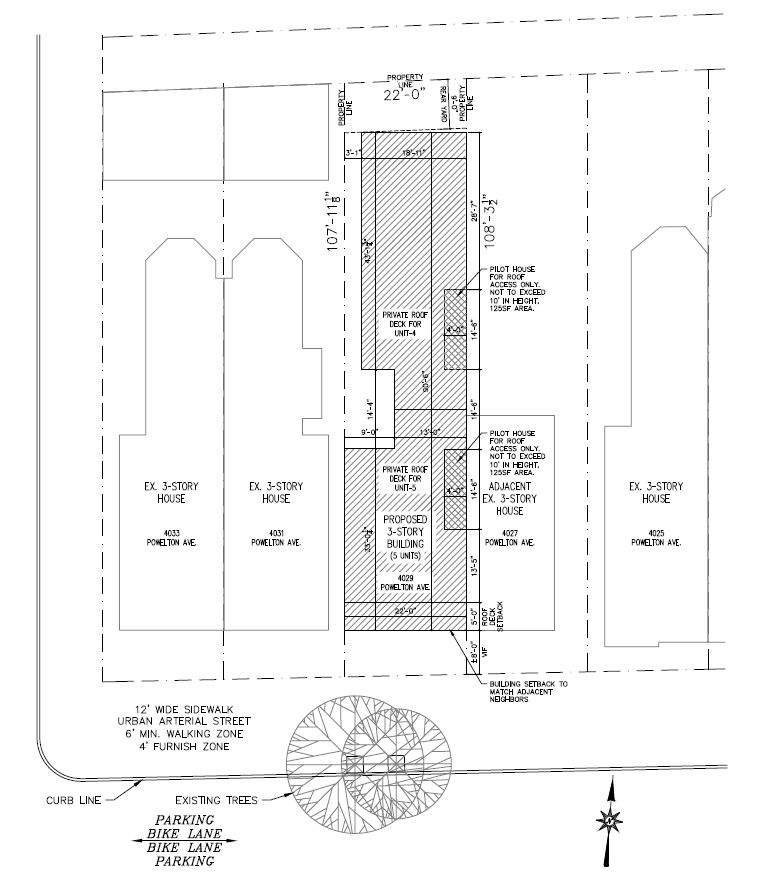 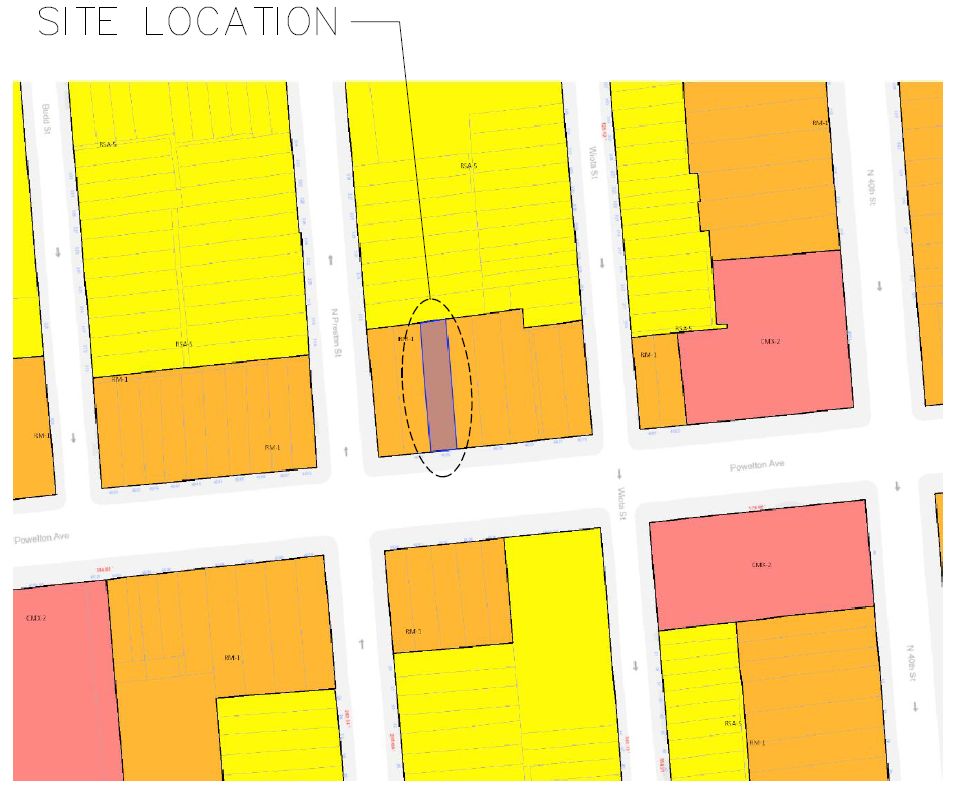 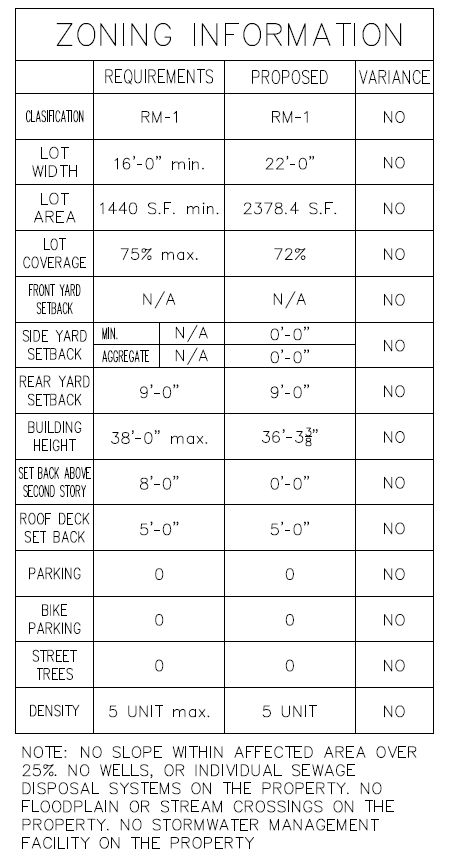 The building will rise on a quiet residential block lined with attached pairs of predominantly prewar rowhouses. The prewar structures are modest in the way of ornamentation yet are exquisite in terms of proportion and massing, with raised porches, front gardens, and dormer-sporting mansard third floors.

The new building will rise from a site where a pair of such rowhouses once stood yet was demolished years ago. A three-story building was constructed on the adjacent site at 4027 Powelton Avenue around 2015. Although its brick and vinyl siding facade is a poor imitation of its prewar neighbors, at least it pays homage to the typology with its streetwall alignment, height, and a slanted third floor with square dormers. 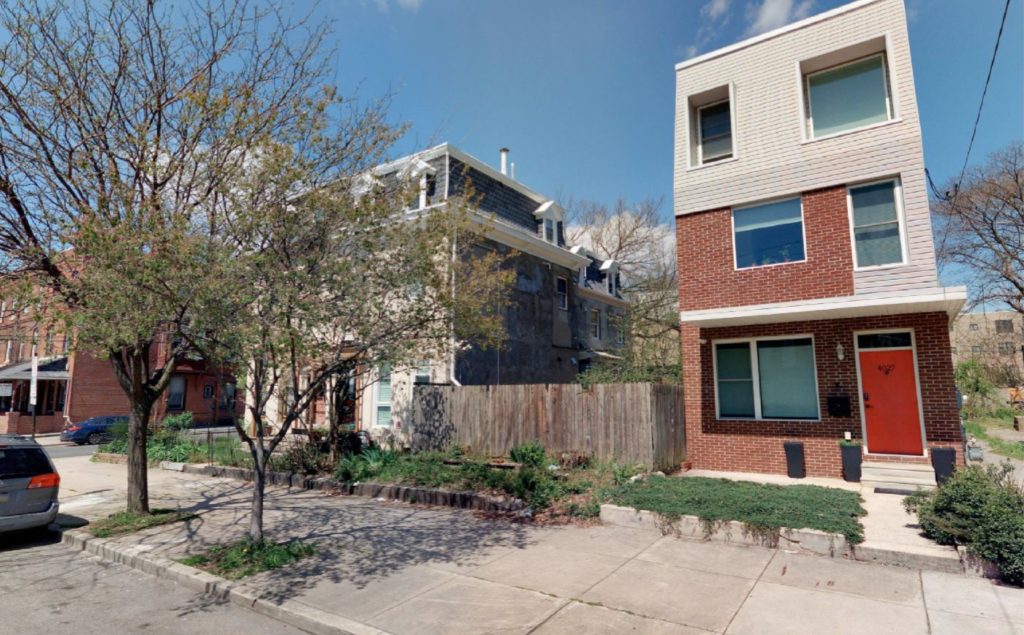 The building proposed at 4029 Powelton Street does not even go so far in terms of contextuality, with a height considerably greater than that of its neighbors and no apparent mansard styling at the third floor. On the positive side, the all-important street wall setback is matches those of the adjacent structures, and masonry will cover at least a portion of the facade.

Based on what we see in the blueprints, there is a distinct (although not certain) possibility that the building will turn out to be an attractive addition to the block. What is undeniable, however, is the benefit of adding residential density to this centrally located site that sits two blocks to the northwest of the 40th Street Station of the Market-Frankford Line and just a few blocks away from University City proper, which continues to see an increasing housing demand.

The site is also situated two short blocks to the west of the nine-story parking garage with ground-level commercial retail planned at the Penn Presbyterian Medical Center campus.

Be the first to comment on "Permits Issued for Five-Unit Building at 4029 Powelton Avenue in West Powelton, West Philadelphia"