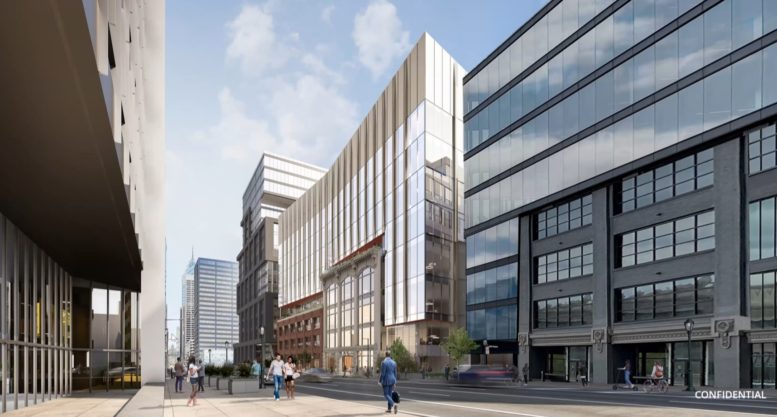 Center City West is seeing a surge in construction, where one of the more notable developments is an overbuild proposed at 2300-24 Market Street. The original iteration was designed by Tantillo Architecture, with Lubert-Adler as the developer. The architect behind the latest design is KieranTimberlake, and Breakthrough Properties is the developer. The building was originally planned at 202 feet and 14 stories tall, but now the plans show a slightly shorter, nine-story structure. In a city meeting, four slides were presented showcasing diagrams and three new renderings of the new, distinctive design. 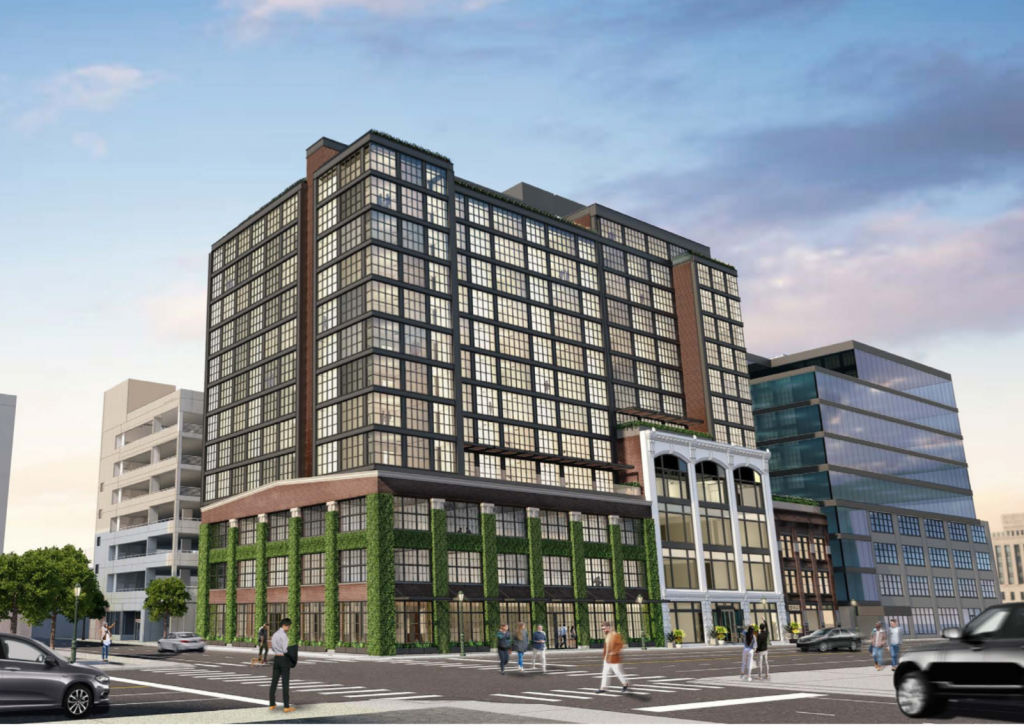 Rendering of the tower via Tantillo Architecture. 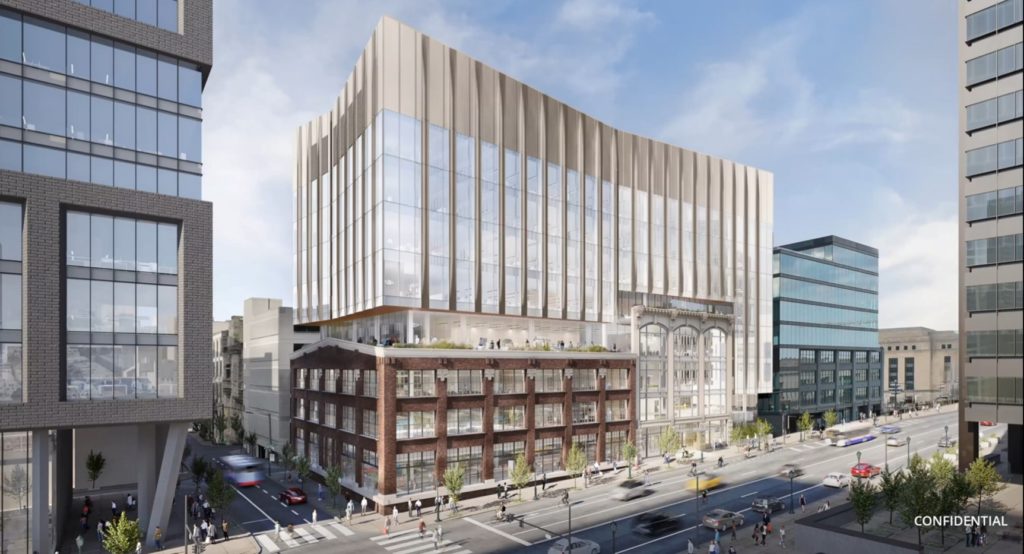 The first proposal was revealed in March 2021, when reports went out along with a Civic Design Review submission. The building was shown sandwiched between 2222 Market Street and 2400 Market Street, and boasted more height and mass than the current iteration. The structures on the block are planned to be preserved, but the property on the east side of the block would have additional greenery on the exterior. The shape of the building seemed arbitrary, where the exterior was a dark shade of stone cladding above brighter and older buildings. Also planned was amenity space on top of two existing structures. 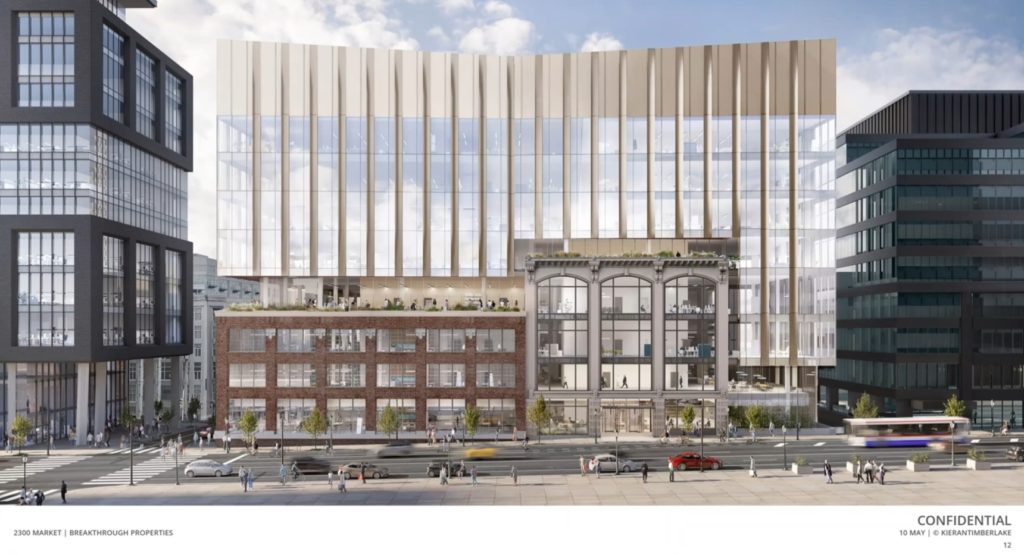 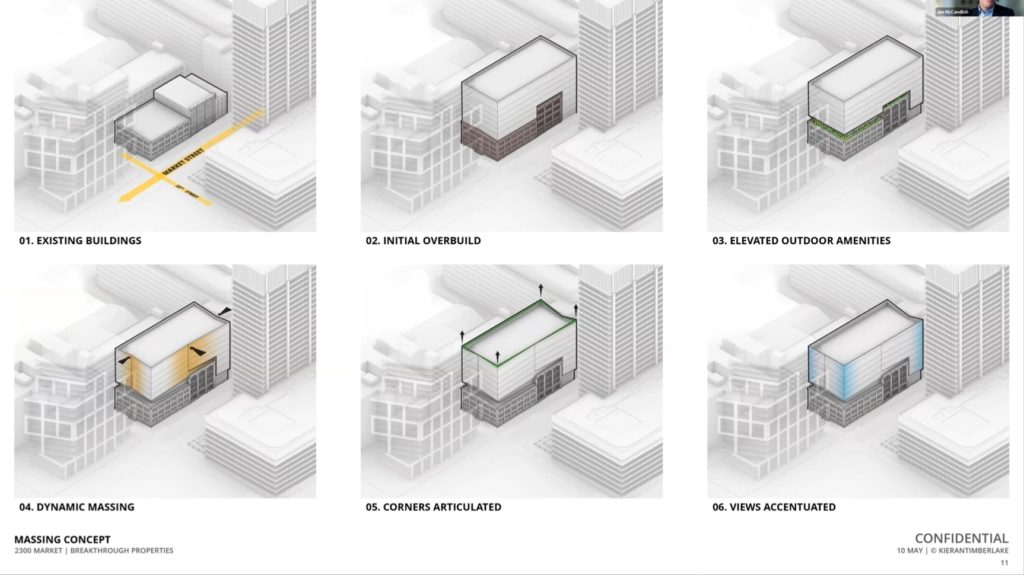 The latest diagrams and renderings show a completely different design than what was shown last year, providing a more fitting and modern approach. Though the height is shortened, the change shows significant improvement with a simple yet striking design. From street level and above the existing properties, the north and south faces are angled inward while the east and west faces angle in different locations. The crown features all four corners extended upward, leaving the inward angles at a lower elevation for a cutting-edge pinnacle. The exterior will feature multiple vertical additions from the ground level to the top, as well as glass with a bright tone that will greatly contrast with the PECO Building across the street.

The building will be complete in the second half of 2024.