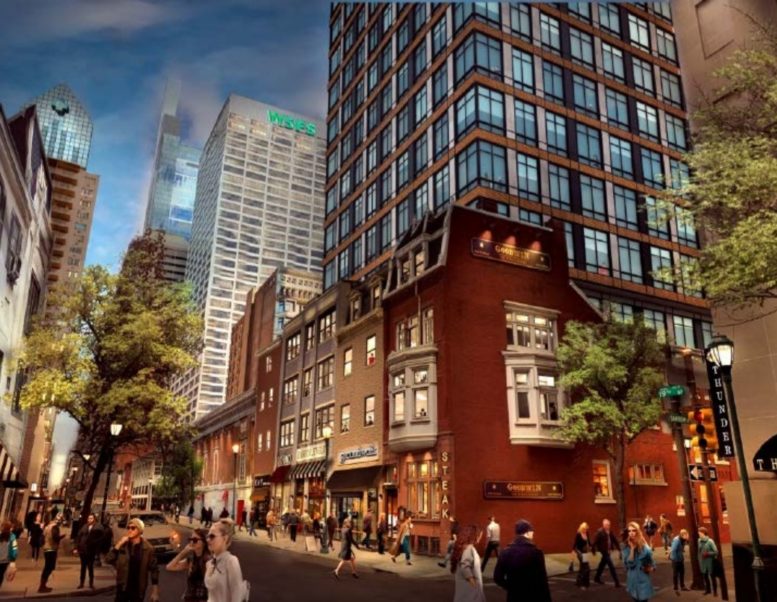 One of the most exciting development proposals on Philadelphia’s drawing boards is Harper Square at 113-21 South 19th Street in Rittenhouse Square, Center City. Designed by DAS Architecture and Planning and developed by Pearl Properties, the slim skyscraper is planned to rise 620 feet and 52 stories tall. The 267,874-square-foot structure will hold 215 residential units and 30,180 square feet of commercial space and incorporate existing historic buildings into the base. The development will include 30,180 square feet of commercial space at the lower floors and 183 residential units above. So far, only a preliminary approval permit had been issued, meaning that construction must await further permits to start, yet we still saw it fitting to visit the site of the proposal to document its current condition, which we share in the photos below. 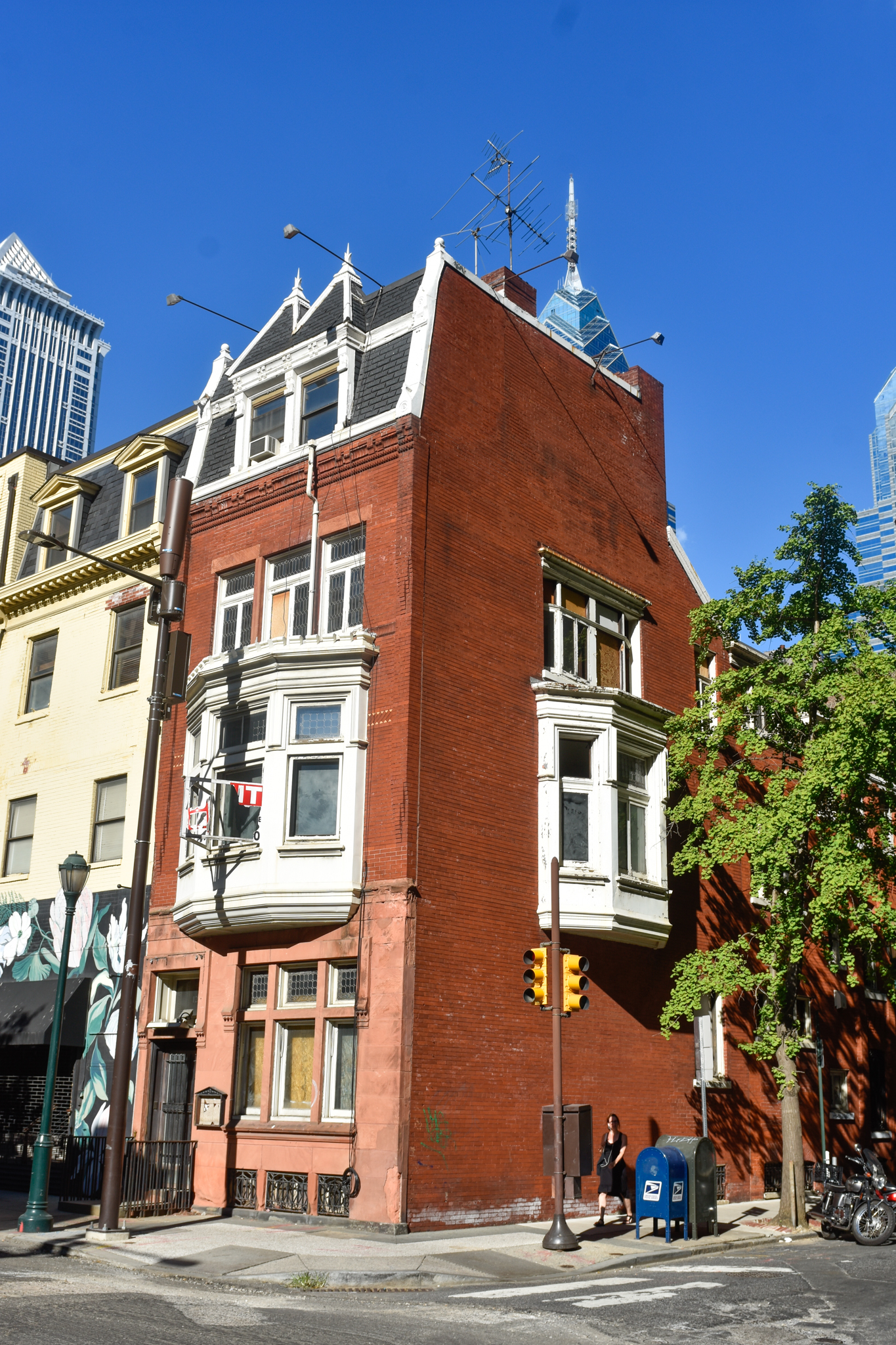 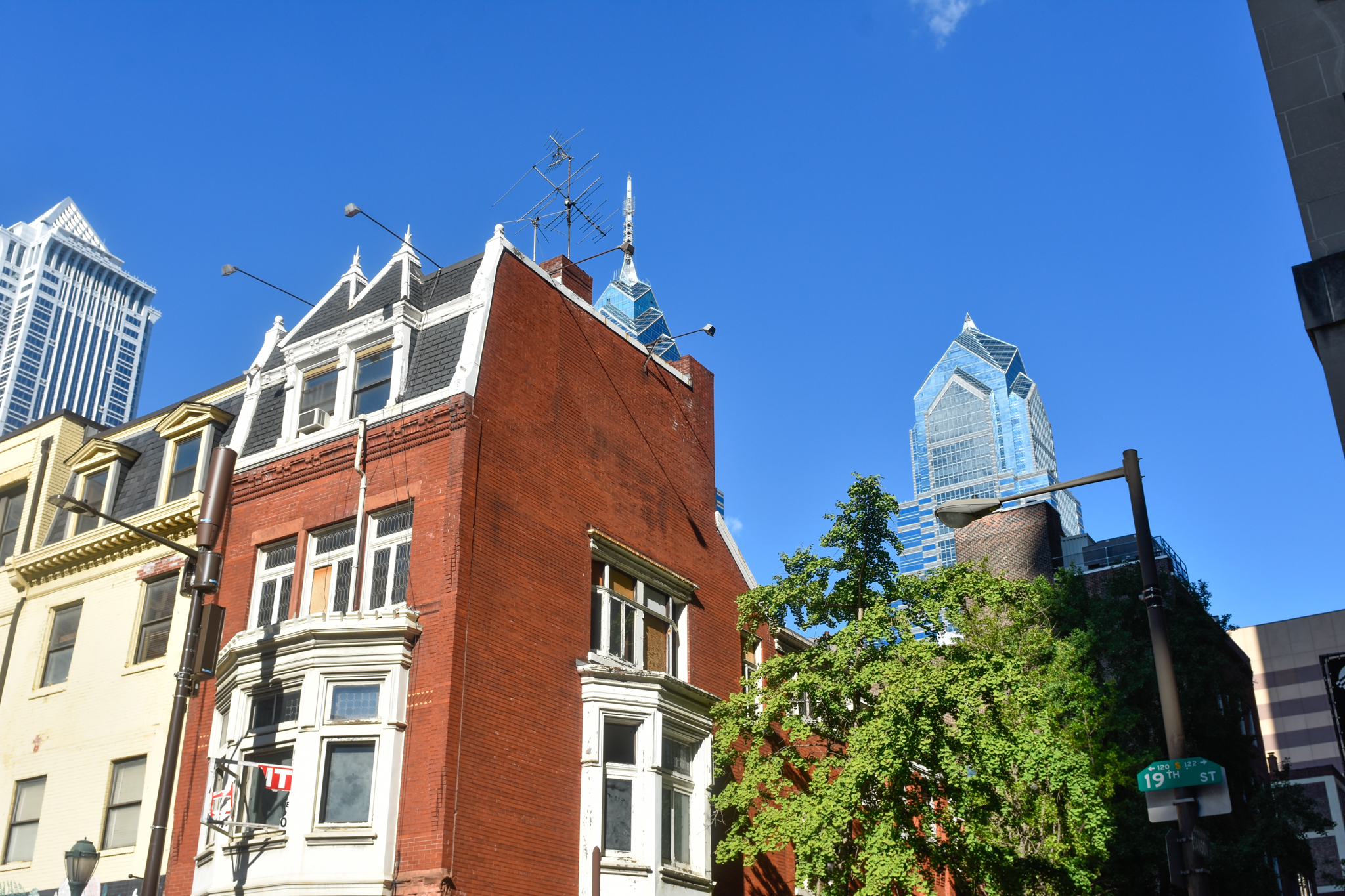 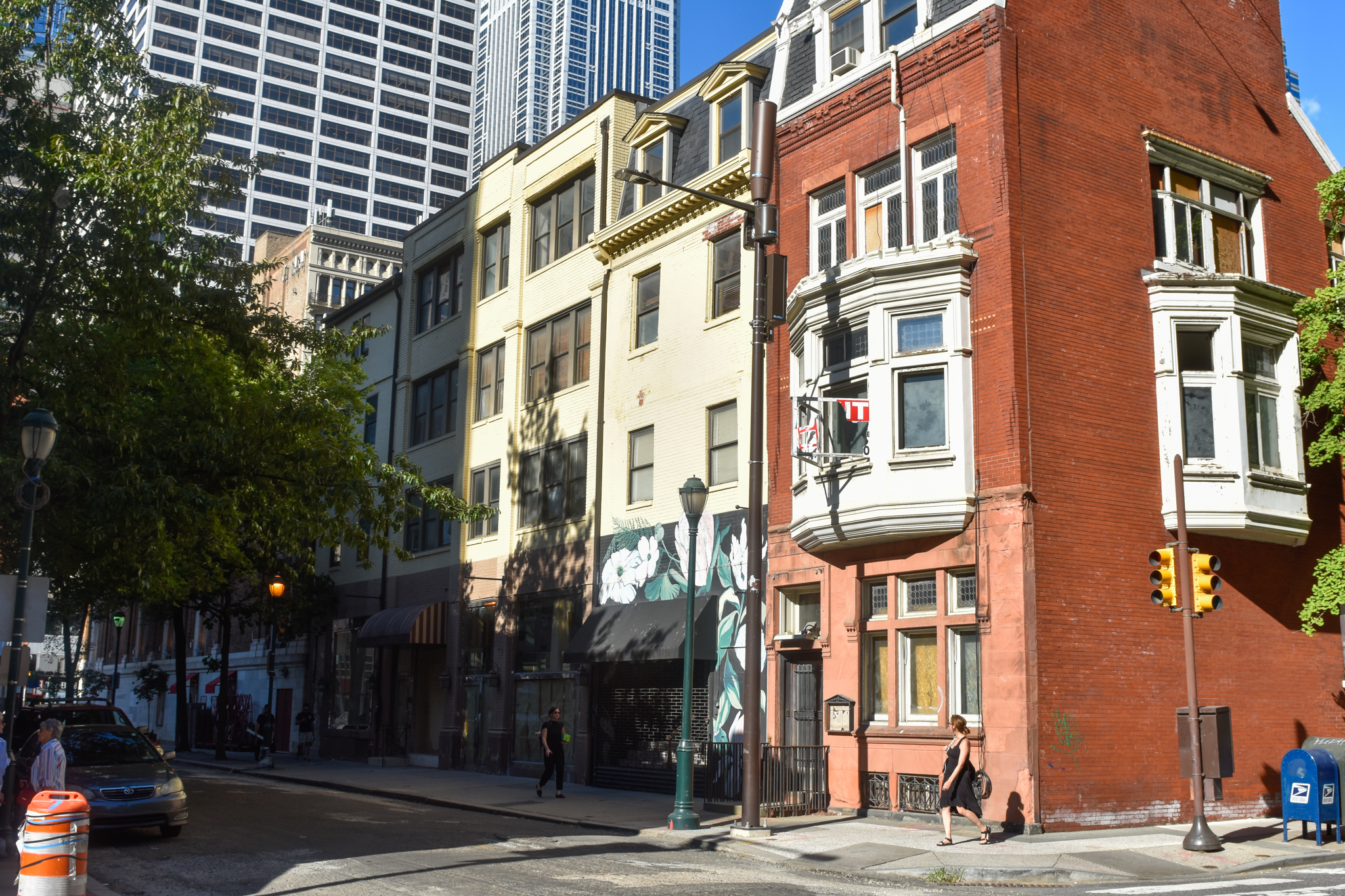 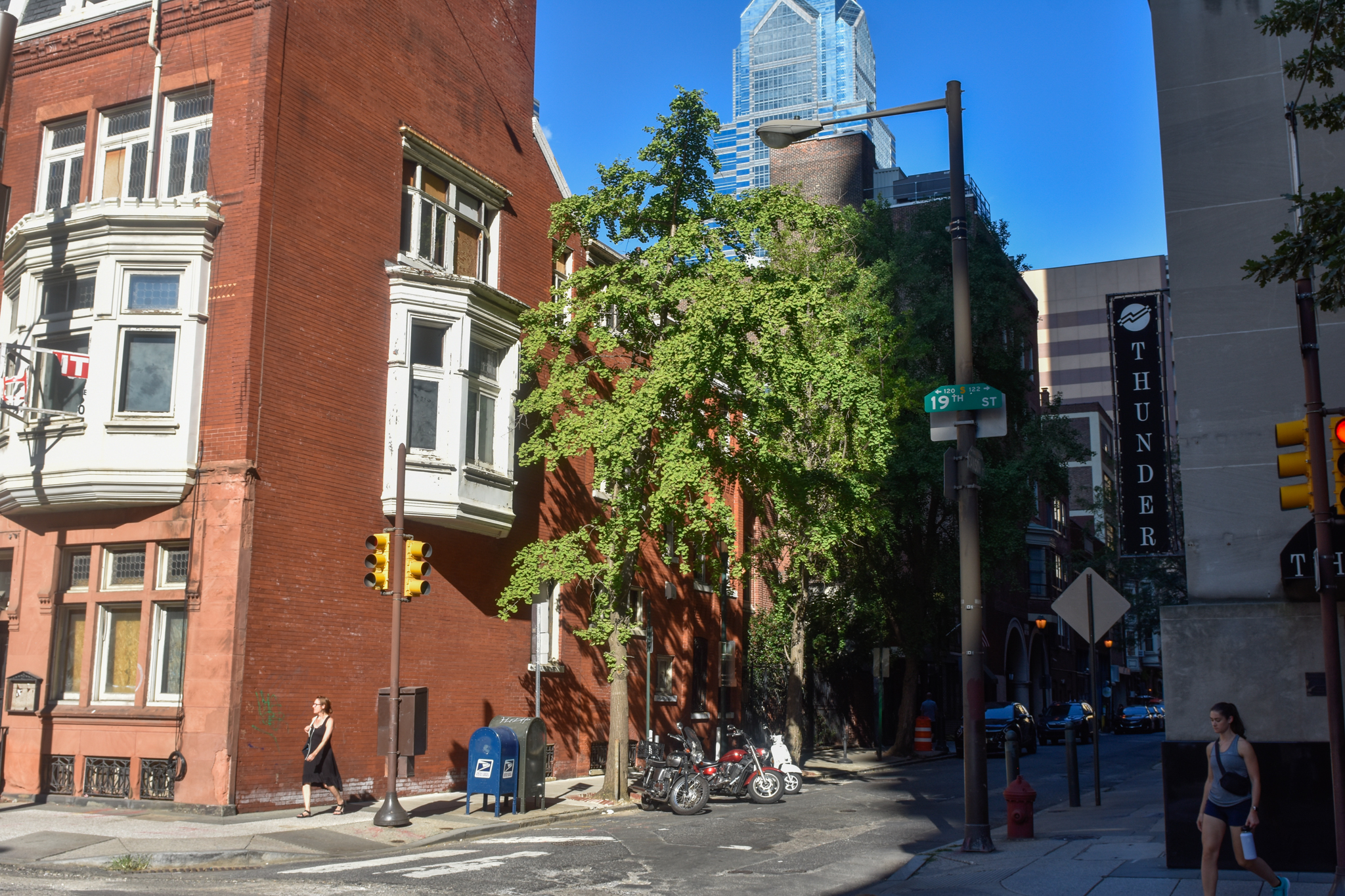 The development will incorporate four prewar four-story structures at South 19th Street with house numbers 113, 115-117, 119, and 121. All four date to the turn of the twentieth century or earlier. The new tower will replace the interior portion of the three structures while preserving the façades and restoring the brick to its original red color. The ground floor of the 38-foot-wide structure at 115-117 will hold the residential lobby, while the flanking, 19-foot-wide ground-floor spaces at 113 and 119 will include new retail, preserving the existing scale and pedestrian experience on the street. 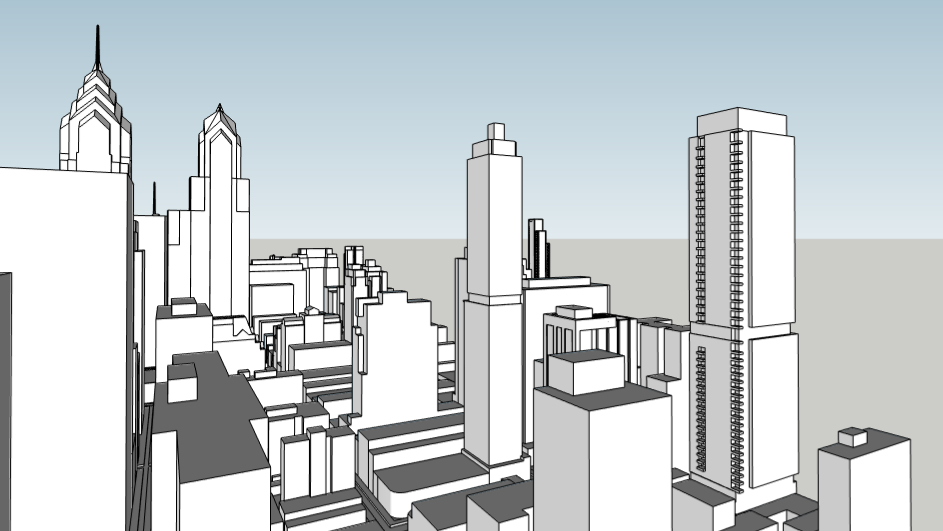 SEE MI-2020-001974 FOR BBS GRANTING VARIANCE WITH THE FOLLOWING PROVISOS: 1. THE BUILDING IS REQUIRED TO HAVE SPRINKLER HEADS IN WINDOW OPENINGS UP THROUGH THE FIFTH FLOOR LEVEL ON ALL FACADES. 2. IF THE NEIGHBORING PROPERTIES ARE SOLD, AND BUILT UPON THE PROPOSED HIGH RISE, EXTERIOR WALL OPENINGS ARE REQUIRED TO BE INFILLED.** PRELIMINARY REVIEW OF THE MEANS OF EGRESS AND EXTERIOR WALL OPENINGS FOR THE 5TH-48TH FLOORS OF A PROPOSED 49-STORY HIGH-RISE STRUCTURE, TO BE USED AS GROUP R-2 APARTMENTS AT THE 5TH-48TH FLOORS.

News on the project has been scarce in recent months, as has been permit activity. However, the abovementioned permit, which had been issued in February, indicates that the project is still active. We look forward to further development at the site.