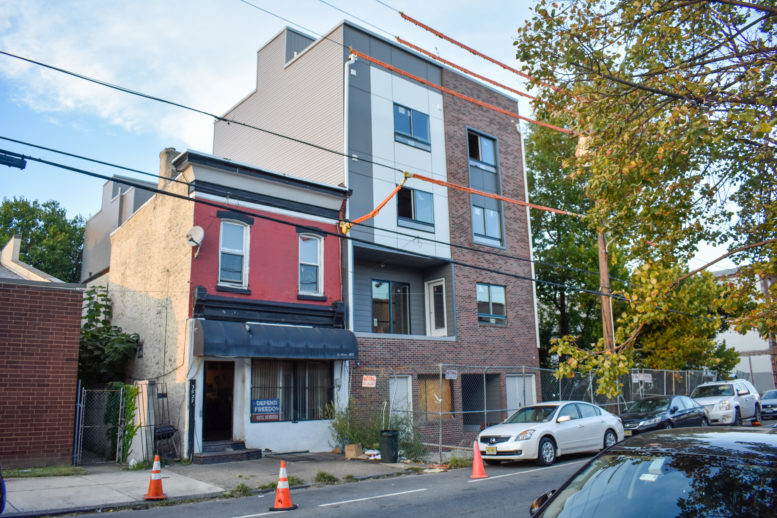 Philly YIMBY’s recent site visit has revealed that construction is nearing completion at a four-story, nine-unit apartment building at 3523 Haverford Avenue in Mantua, West Philadelphia. The development rises on the north side of the block between North 35th and North 36th streets. Designed by KCA Design Associates, the structure spans 13,620 square feet and will feature ground-floor commercial space. Permits list G.A.C. Construction Development as the contractor and a construction cost of $3 million. 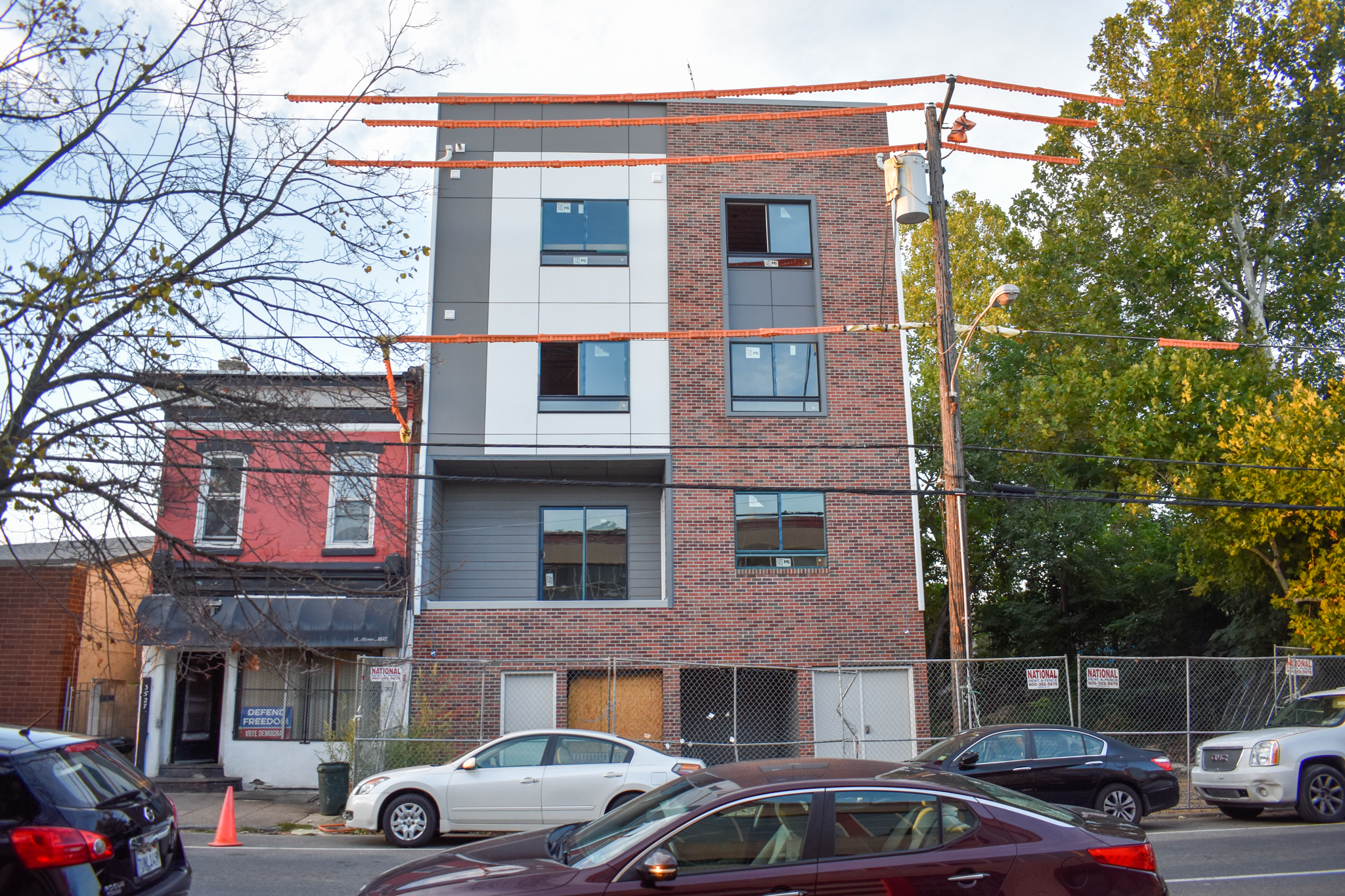 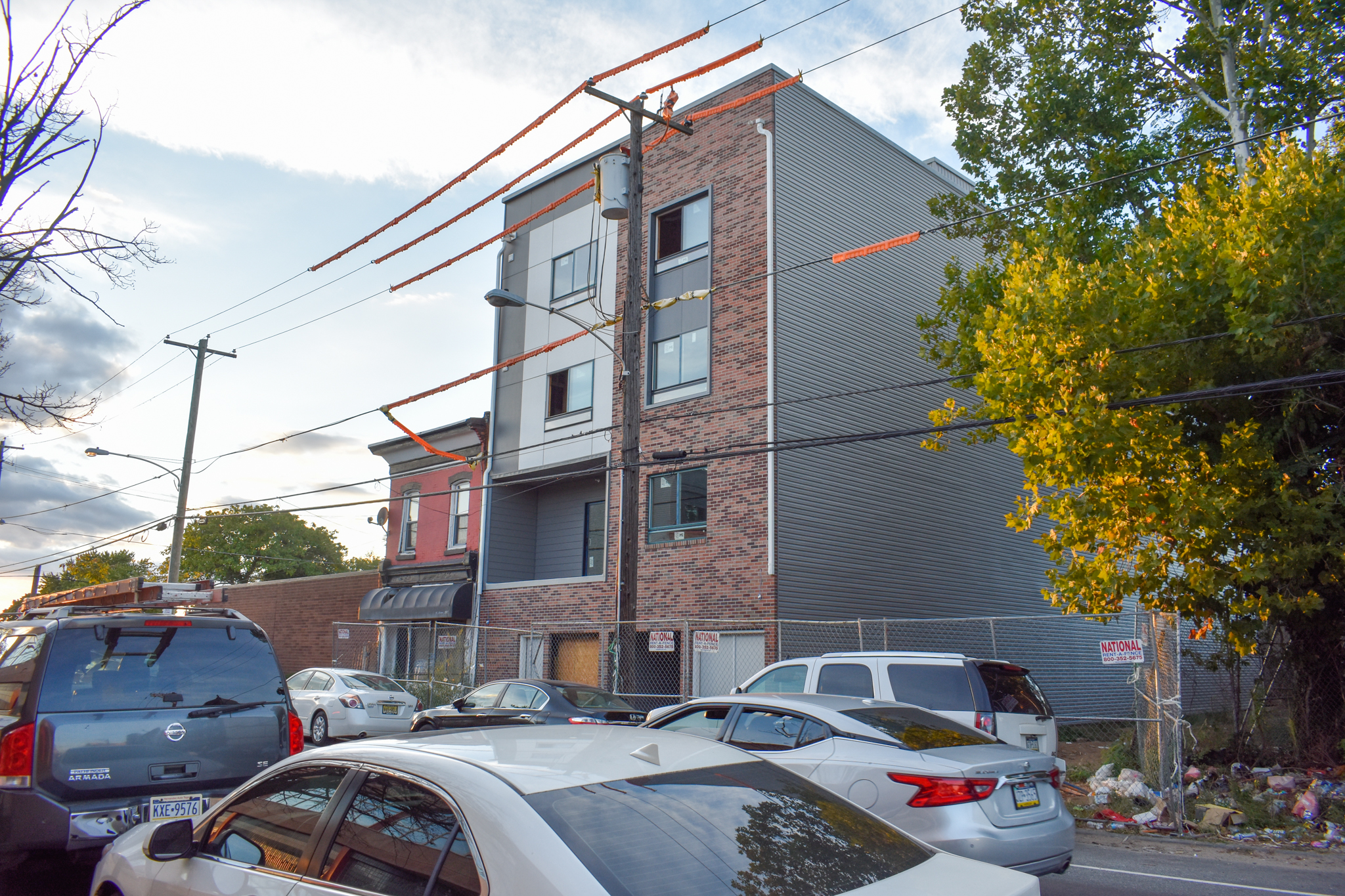 The development, a sizable addition to the block, measures 32 feet wide and 102 feet deep. The structure rises 42 feet high to the main roof (46 feet high to the parapet and 52 feet high to the top of the pilot house); the extra height, in excess of the standard 38-foot limit applicable to the block, was made possible by the use of the low income density bonus, although the building did not use its full 45-foot height allowance that was permitted via the ordinance. The bonus also allowed for an inclusion of three extra residential units.

The new building at 3523 Haverford Avenue contributes to the revival of a long-neglected block, which was hard-hit by the postwar advent of depopulation and demolitions. To this day, vacant lots continue to blight a block that was once lined with stately prewar rowhouses; unsightly low-rise modern and post-modern structures that have been built on the block during the period, such as the West Philadelphia Community Center and the Grace Lutheran Evangelical Church, do its appearance no favors, either, despite the humanitarian mission of the structures’ occupants.

In turn, the new building at 3523 Haverford Avenue also looks rather conventional with its exterior of red brick and gray panels; however, although the structure is clearly not on the level of architectural finesse of its prewar predecessors, the architects had the grace to go an extra length, no matter how minimal, by utilizing tapestry brick in several shades, a framed paneled inset at the upper-level windows, and a loggia balcony at the second floor. 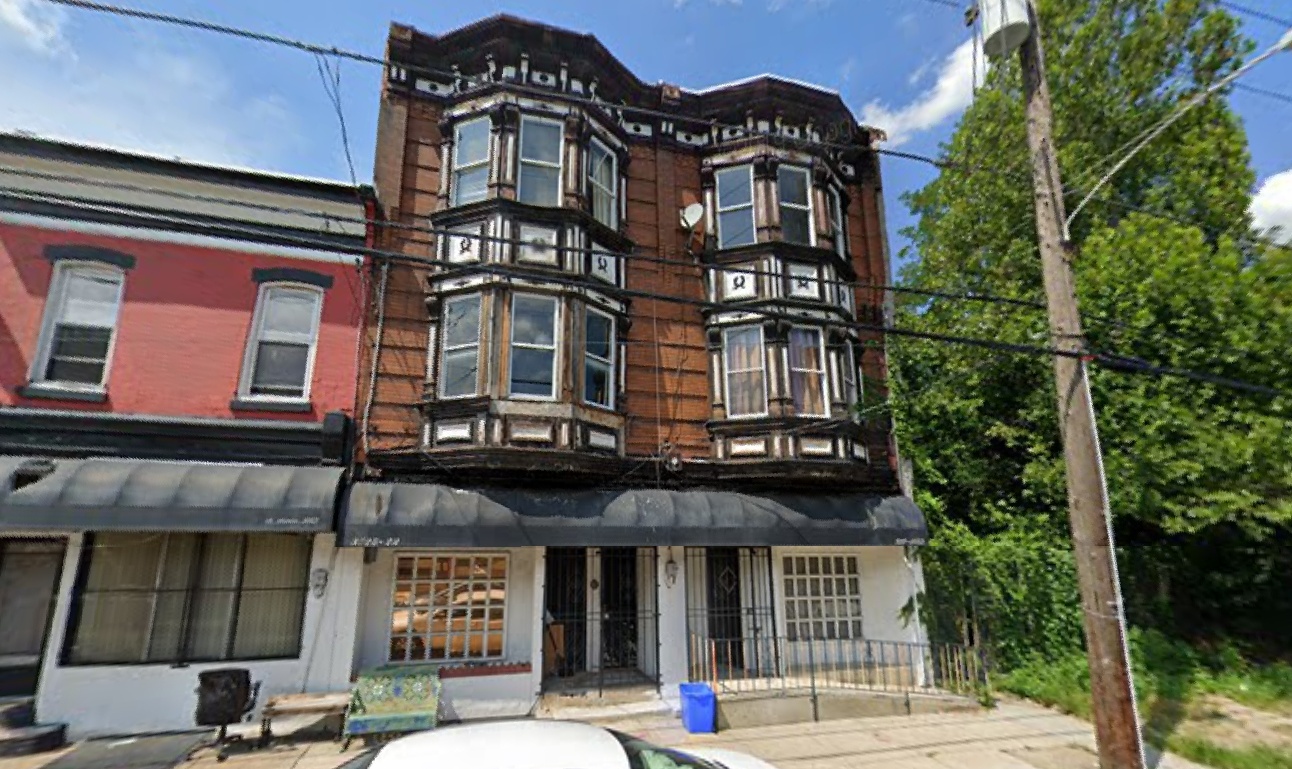 As is the case with yesterday’s publication covering the new building at 3609 Spring Garden Street, the most egregious aspect of the development is what it replaces. Until 2020, the site housed a pair of very attractive prewar rowhouses made particularly appealing by upper-level bay windows painted white and brown and adorned with coffered niches, scroll-capped pilasters, and ornamentation, and capped with a matching, and intricately articulated, cornice.

While the new building is reasonably well-designed, it pales in comparison with the rowhouses it replaces. We strongly wish that the developer had opted to renovate the building pair and enhance it with a vertical and rear expansion; even a near-full demolition that preserved only the facades would had been acceptable. However, as we understand the potential added expense and construction complications of such a venture, we urge the city planning board to introduce incentives that would encourage developers to preserve prewar buildings and to incorporate them into larger adaptive reuse projects that would involve side, rear, and vertical extensions for existing buildings.

Clearly, the Planning Department has no issue of granting height and unit-count bonuses for features such as green roofs and low-income housing (as is the case at 3523 Haverford Avenue with the latter); as such, there is absolutely no reason why similar benefits cannot be introduced for preservation and incorporation of existing prewar buildings, or at least their facades, into new development.

Regrettably, the old adage of “they don’t build ’em like they used to” generally holds true, at least when it comes to the architectural quality of prewar buildings versus their contemporary counterparts. As such, developers either need to start to “build ’em like they used to,” matching the degree of finesse observed in older architectural generations, down to every brick and cornice, and to preserve and/or incorporate into new development existing prewar rowhouse stock, of which Philadelphia has some of the highest volume anywhere in the world.