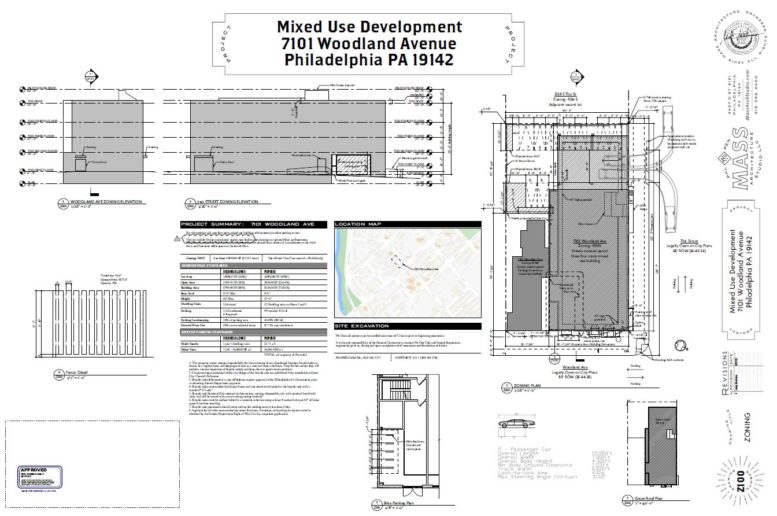 Permits have been issued for the construction of a four-story, 22-unit mixed-use building at 7101 Woodland Avenue in Elmwood Park, Southwest Philadelphia. The development is proposed on the western corner of the intersection of Woodland Avenue and South 71st Street. Designed by Mass Architecture Studio, the building will span 34,285 square feet, of which around 14,200 square feet will be used for business and medical office space. Project features will include a green roof, as well as parking for nine cars and ten bicycles. Permits list Andrew Ferguson as the contractor and indicate a construction cost of $3.5 million. 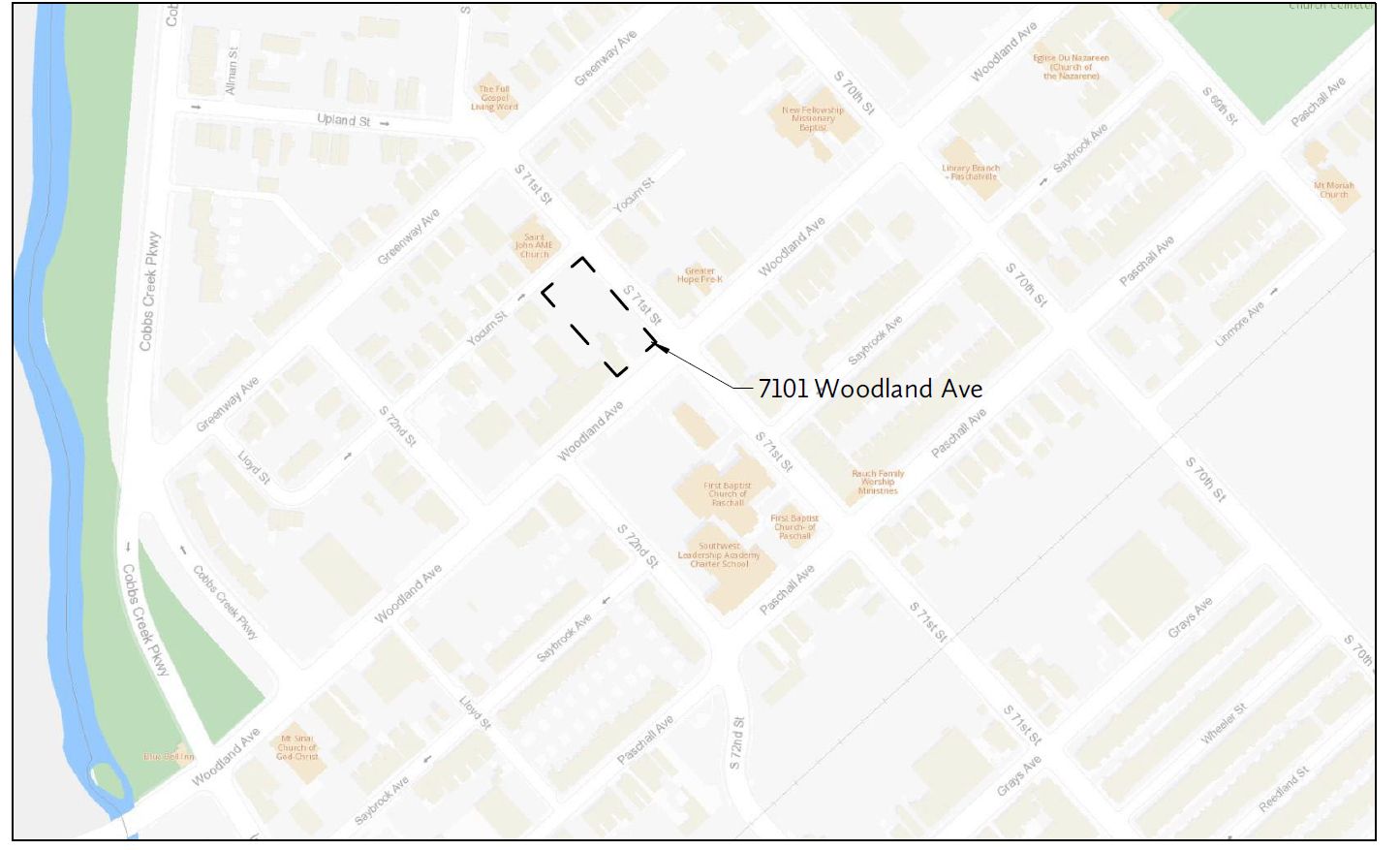 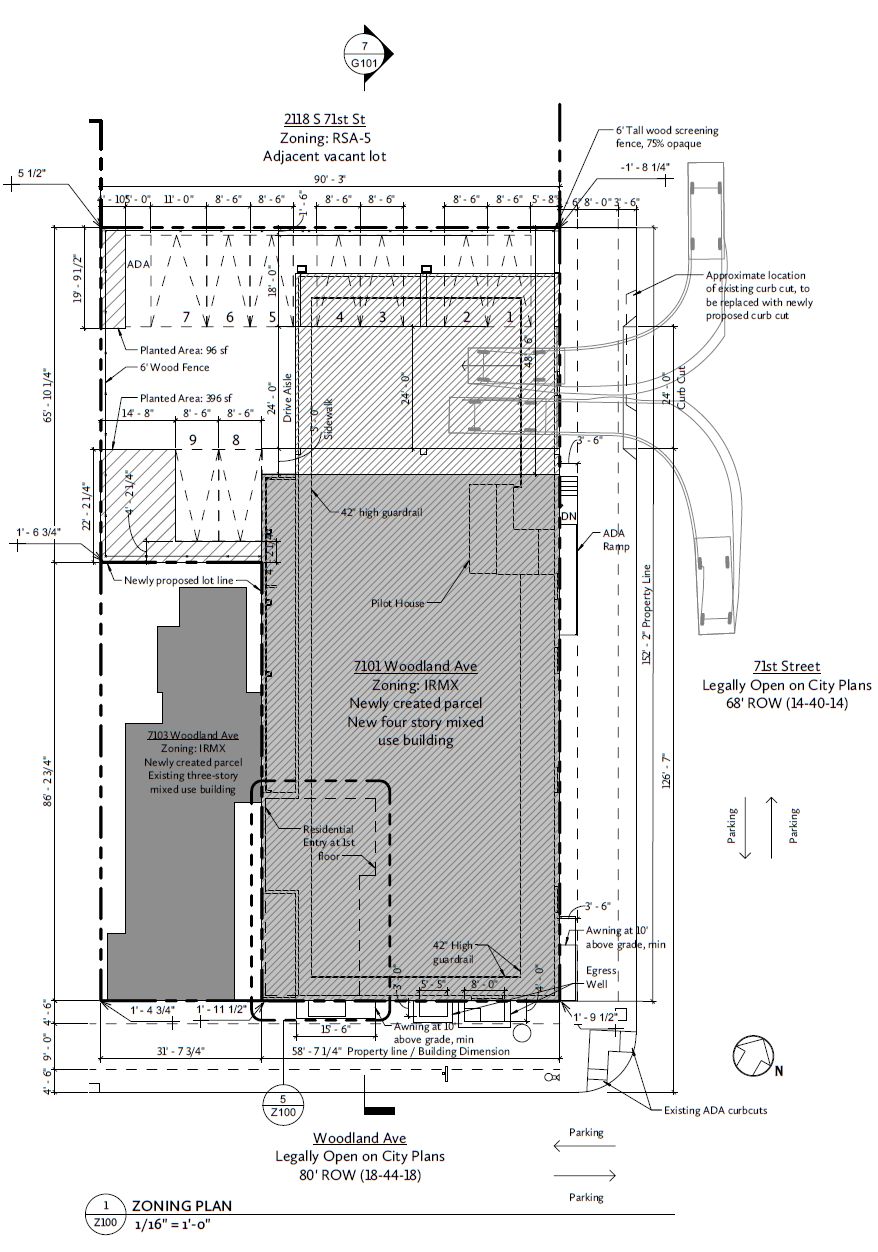 A ubiquitous programming scheme for mid-sized mixed-use buildings consists of commercial space on the ground floor and residences above. In a highly unusual move, in addition to the medical office space on the ground and basement levels, the remainder of the business space will be situated on the top floor, while most of the residential space will be situated on floors two and three.

This arrangement is clearly reflected in the floor-to-floor heights for the structure, which will measure 14 feet at the first and fourth floors and 11 feet at the second and third stories. 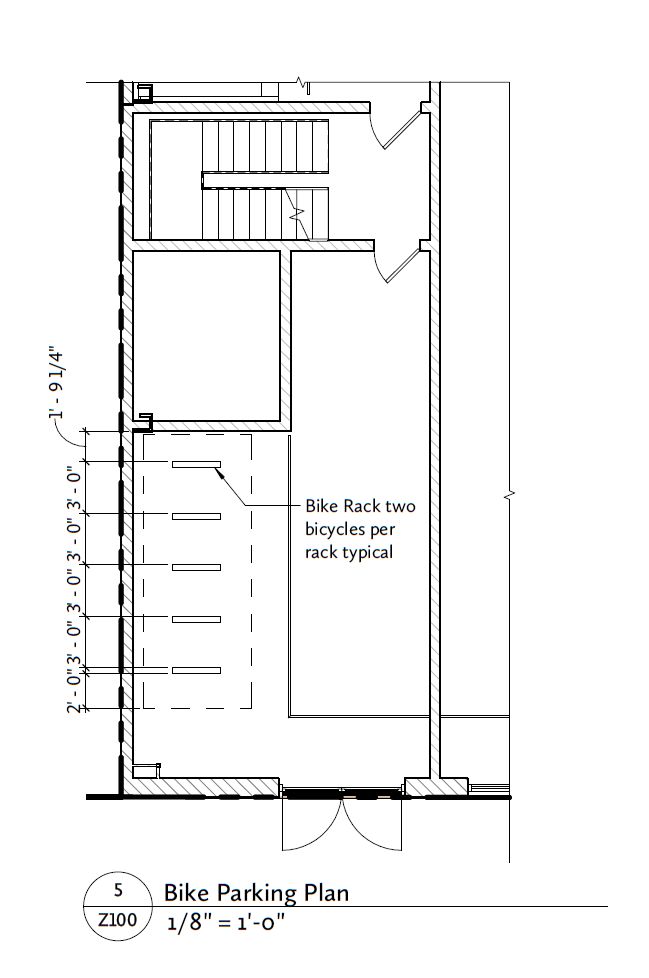 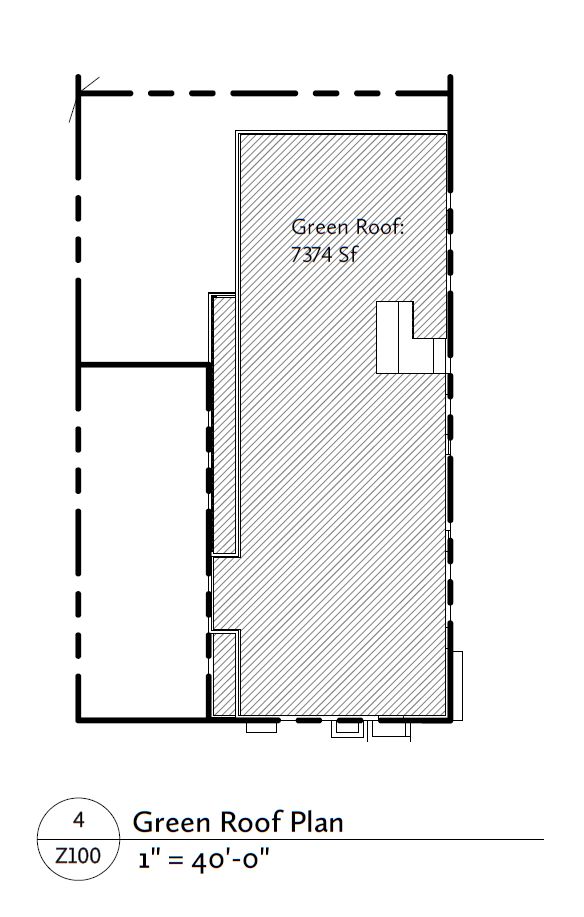 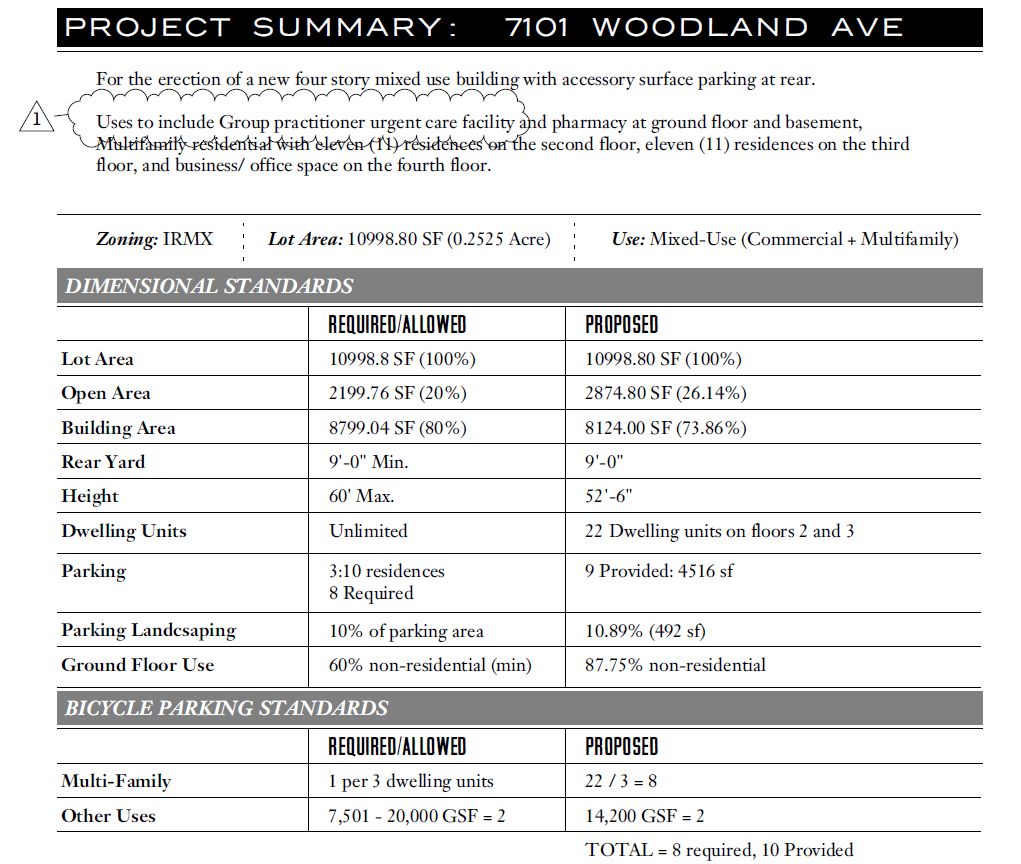 The green roof will span an impressive 7,374 square feet, covering most of the roof space; unfortunately for the residents, it will not be available for recreational use nor will it feature a roof deck; the pilot house will be reserved for maintenance purposes only.

The development will replace a parking lot, an overgrown lawn, and a rear garage belonging to the Williams & Palmer Funeral Home. The funeral home’s main structure, an understated yet generally attractive three-story prewar building, will be preserved and separated into a different zoning parcel. 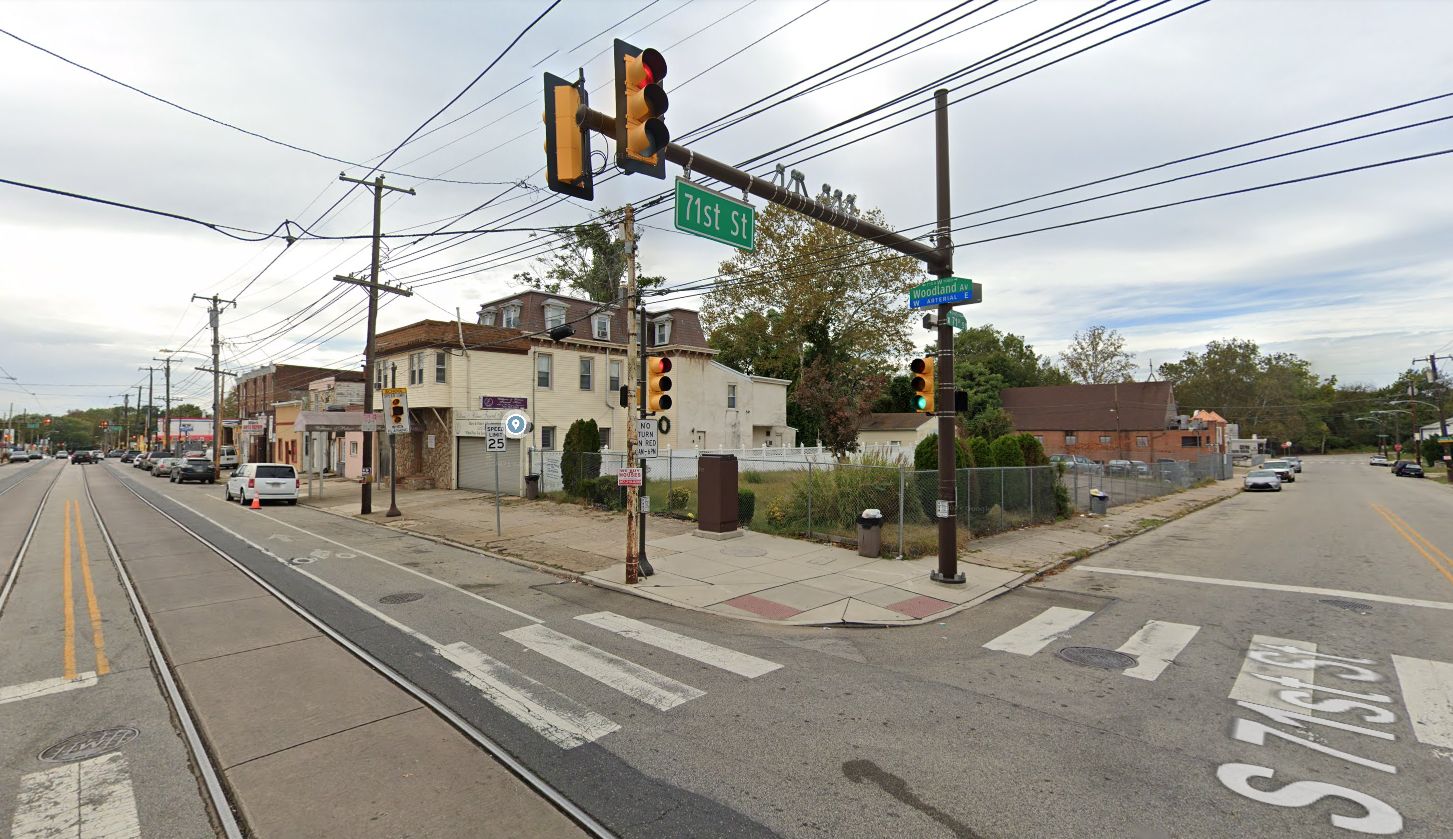 Although the building’s stone veneer at the ground floor and siding-clad second story are rather homely in comparison to the city’s finer structures, its relatively large size, long-time presence at the site, and mansard third story with dormer windows make its preservation a positive for the location. In the meantime, the construction of an even larger building on a largely vacant adjacent lot will be a significant beneficial addition to a neighborhood that does not see as much construction as its counterparts elsewhere throughout the city, and its ground-floor businesses will positively reinforce the street corner.

The added density is amply justified by the site’s transit adjacency, as the route 11 trolley runs along Woodland Avenue. While we would like to see more preservation and renovations of prewar buildings throughout Southwest Philadelphia, the neighborhood’s abundance of vacant and underbuilt sites, as well as a unique density of trolley lines, poise it as highly favorable for ample future development similar in scale and purpose to the project proposed at 7101 Woodland Avenue.

Be the first to comment on "Permits Issued for 7101 Woodland Avenue in Elmwood Park, Southwest Philadelphia"