Last month, Philly YIMBY reported that a permit had been issued for the University of Pennsylvania’s Amy Gutmann Hall at 3317-23 Chestnut Street in University City, West Philadelphia. Designed by Lake Flato Architects, with KSS Architects as the architect of record and Ground Control Collaborative as landscape designer, the building will rise six stories and span 115,954 square feet, and will feature classrooms, collaborative spaces for student projects, and a data science hub. While our previous reports on Amy Gutmann Hall focused on its exterior appearance, today we offer a glimpse into the interior of the proposed facility, and share several site plans not seen on YIMBY previously.

A commercial building permit has been issued for the University of Pennsylvania’s Amy Gutmann Hall at 3317-23 Chestnut Street in University City, West Philadelphia, revealing details that further expand on the original permits issued in March and the information the university made available to the public. The new permit reveals an exact square footage of 115,954 square feet, effectively matching UPenn’s stated 116,000 square feet. The total construction cost is specified at $68.3 million, which makes up roughly half of UPenn’s figure of $137.5 million, which likely factors non-construction costs such as equipment, etc. 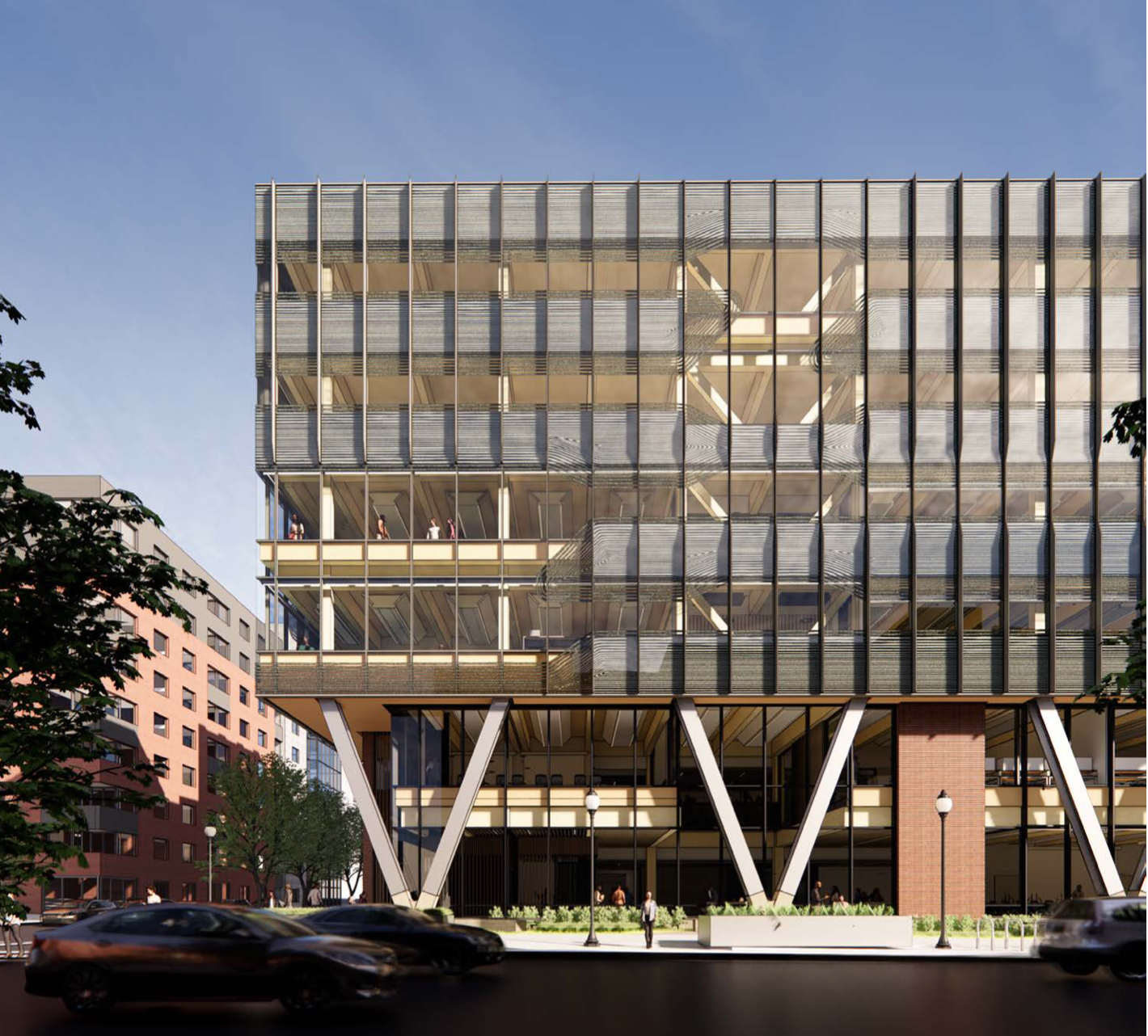 A zoning permit has been issued for the construction of Amy Gutmann Hall at 3317-23 Chestnut Street in University City, West Philadelphia. The stricture will house a research facility for Penn and will rise six stories tall, with academic space on the lower floors and a research center on the upper floors. The development will also include 29 parking spaces.

A new data science building at 3317-33 Chestnut Street in University City, West Philadelphia, is going before the Civic Design Review. Designed by Lake | Flato, with KSS Architects as the architect of record, the building, called Amy Gutmann Hall, will stand six stories tall upon completion and will span a large footprint. The development will yield 115,954 square feet of space and feature academic space, with the four uppermost floors set to be occupied by research centers. A total of 29 parking spaces will also be included within the project, situated underground.