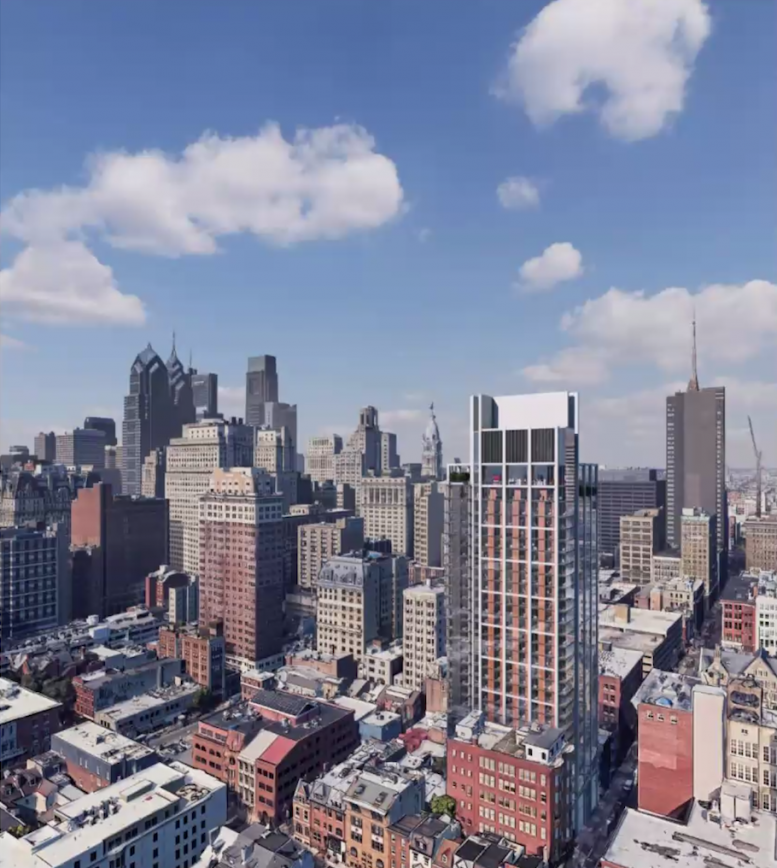 Developer Midwood Investment and Development have unveiled a proposal for a 445-foot-tall high-rise at 204 South 12th Street in Washington Square West, Center City. The 32-story structure would dominate the surrounding blocks with its prominent height. The slender tower, which takes up an entire blockfront of South 12th Street between St. James and Chancellor streets, will offer three retail floors at the base, with 448 rental residences above. Rogers Stirk Harbour + Partners and BLT Architects are the architecture firms behind the design. Partial permits have been filed for the demolition of the existing structures at the site and the new construction.

YIMBY recently covered a proposed 295-foot-tall tower nearby at 1101 Walnut Street, and another proposal has been unveiled for 204 South 12th Street. 204 South 12th Street’ unveiling came at a time when numerous high-rise proposals were arriving in Center City and the surrounding districts.

The existing buildings on site are expected to be demolished by the fourth quarter of 2020, with a projected construction timeline of 31 months and an anticipated completion in summer 2023.