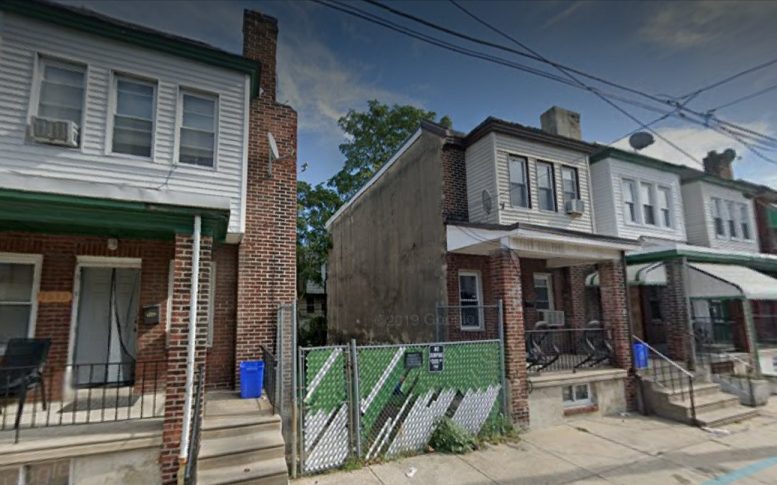 Permits have been filed for the construction of an attached three-story structure at 1517 South Patton Street in the Grays Ferry neighborhood in South Philadelphia. The structure will rise from a vacant lot between two two-story rowhouses. Patel Ghanshyam and Patel Shrusti are the listed owners.

The building will include a cellar and a roof deck. The second and third floor will feature projecting bays. The building footprint will span around 550 square feet.

The empty lot is one of the few such gaps in an otherwise densely built-up block. A chainlink fence stands by the sidewalk.

At least three sizeable parks sit within a few blocks of the property, which include Stinger Park a block to the northwest, Lainer Park to the southeast, and D Finnegan Playground to the northeast. Entrance/exit ramps to the I-76 Schuylkill Expressway sit three blocks to the west, providing vehicular commute options.

Be the first to comment on "Permits Filed for 1517 South Patton Street in Grays Ferry, South Philadelphia"