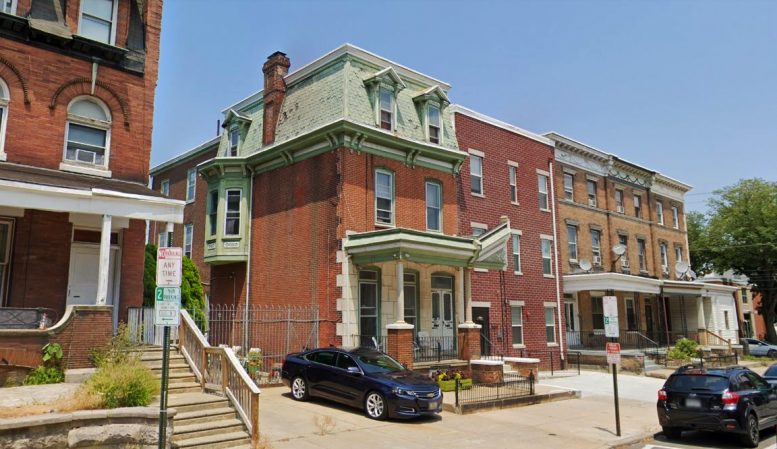 A zoning permit has been filed for the demolition of a three-story prewar rowhouse at 3609 Spring Garden Street at the border of the Mantua and Powelton Village neighborhoods in West Philadelphia. The permit follows an earlier filing for demolition and construction of an attached structure with a porch and a roof deck, issued in January. 3609 Spring Garden Housin [sic] is the listed owner.

The existing building sits on the north site of the street, where three-story prewar townhouses span most of the block. Though many structures have suffered from a lack of exterior upkeep and non-historic alterations (mostly on the vinyl siding-clad porches), the ensemble remains a prime example of ornate rowhouse architecture with shared themes such as red-brick façades and third-floor dormers, yet presented in a variety of styles and designs. 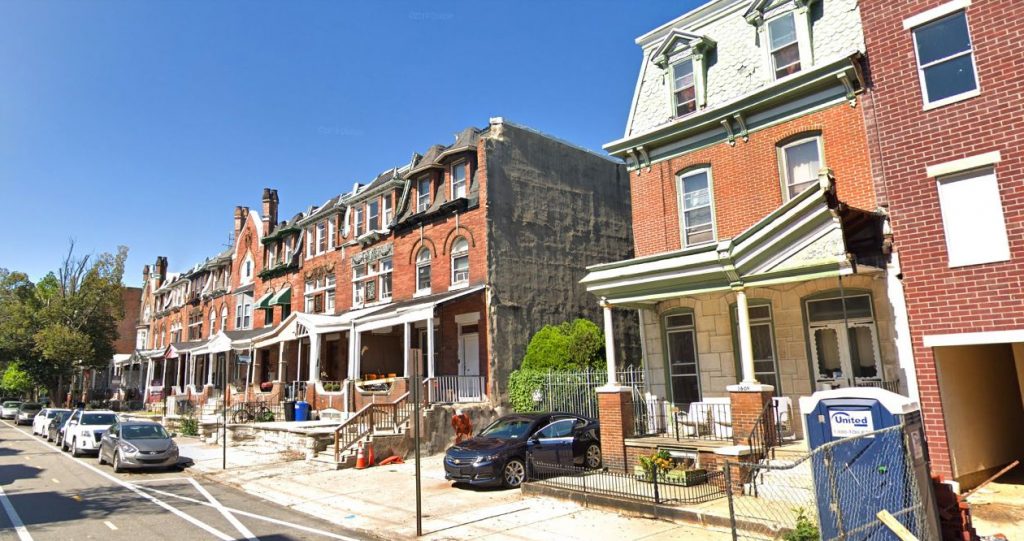 Until recently, the building shared an eastern lot wall with a mirrored twin at 3607 Spring Garden Street. In 2018, however, the ornate structure was torn down and replaced with a banal three-story apartment building. 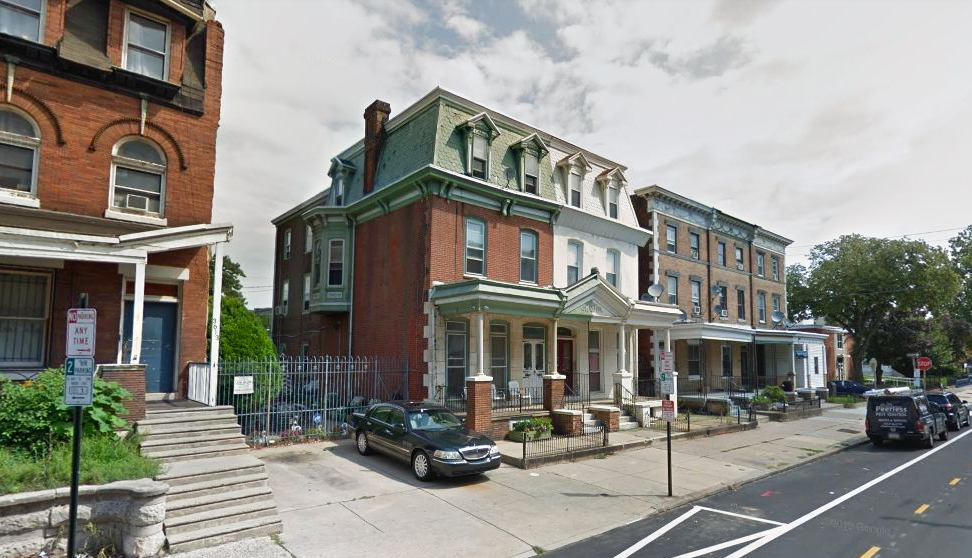 Architectural considerations aside, the drive to redevelop is understandable. Mantua, a neighborhood located close to University City and within a convenient Center City commute via the 10 trolley on Lancaster Avenue, is seeing a surge in development, with a number of project filings within the past few weeks. A two-way bike lane on Spring Garden Avenue, which runs past the proposed building, makes the neighborhood even more conducive to dense urban development.