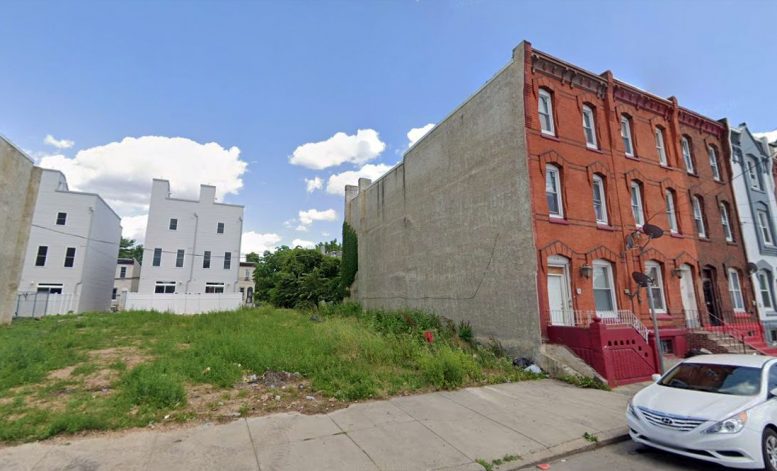 A zoning permit has been filed for the construction of a six-unit residential structure at 1721 North 21st Street in the Cecil B. Moore neighborhood of North Philadelphia. Since the lot was merged with the adjacent 1723 North 21st Street earlier this year, the proposal may likely consist of a joined three-story townhouse pair situated within an attached or a merged structure, given that the permit calls for two roof decks. The combined structure will span a total of 2,000 square feet of ground space. Aberra Negash A is the listed owner.

The site is located up the block from Cecil B. Moore Avenue within the eponymous neighborhood, named after the prominent veteran, lawyer, and civil rights activist, noted for his leading role in the push for racial integration at nearby Girard College. The neighborhood is also located within the greater area of Temple University, which drives a considerable amount of local development as its student body expands in search of housing.

In the past, four dilapidated three-story rowhouses stood on narrow 15-foot-wide lots from 1721 to 1729 North 21st Street. All four featured red brick façades and matching rooflines, though they varied in styling. 1721 North 21st Street sported two doors/windows per floor, each topped with a corbelled brick gable and a bracketed parapet at the cornice. The houses at 1723, 1725 and 1717 shared the same ground floor treatment yet featured paired picture windows at the upper floors, capped with a single pointed gable projecting through a mansard parapet. 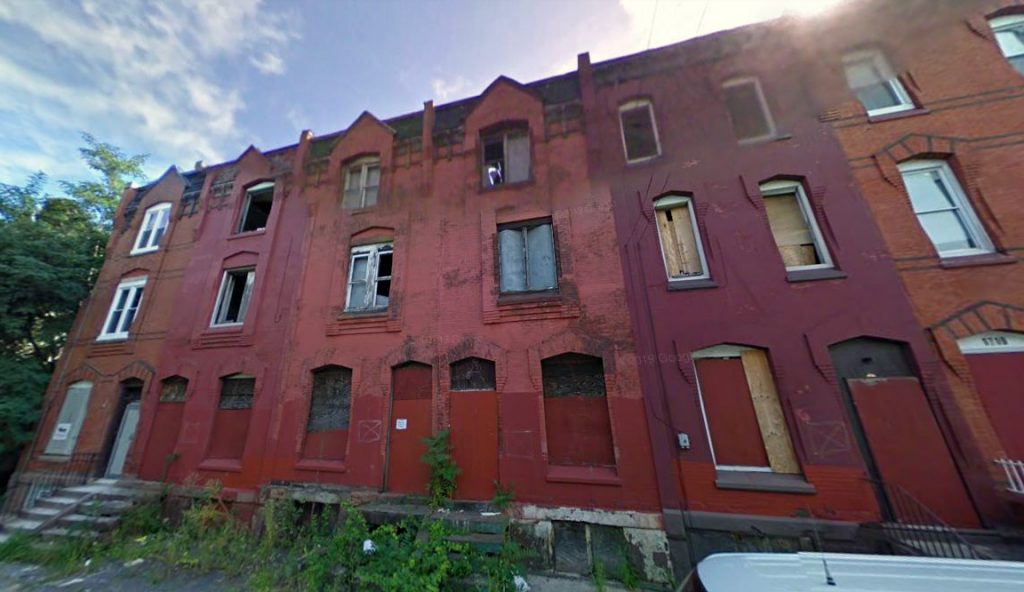 By 2009, all four stood abandoned and dilapidated, and were demolished some time between 2009 and 2011. The loss of such quintessential prewar Philadelphia architecture is unfortunate, yet thankfully both styles remain in evidence throughout the block, which is built out almost entirely with varying combinations of the two designs. Shared ground-floor articulation and continuous horizontal dark brick accents strongly suggest that the ensemble had a single developer and architect, who probably chose to vary the designs for aesthetic purposes while sticking to only two alternates for frugality in design and construction.

Though modern rowhouse construction rarely ascends to the visual refinement of its prewar predecessors, recently built neighboring buildings show signs of promise. Between 2018 and 2019, ten three-story residences were erected on the opposite side of the block to to the west at North Lambert Street, in a matching style of dark red or gray brick, stone door and window headers at the ground floor, large picture windows, and paneled bay window projections at the second and third floors. A similar degree of design quality at 1721 North 21st Street would be an asset for the block. 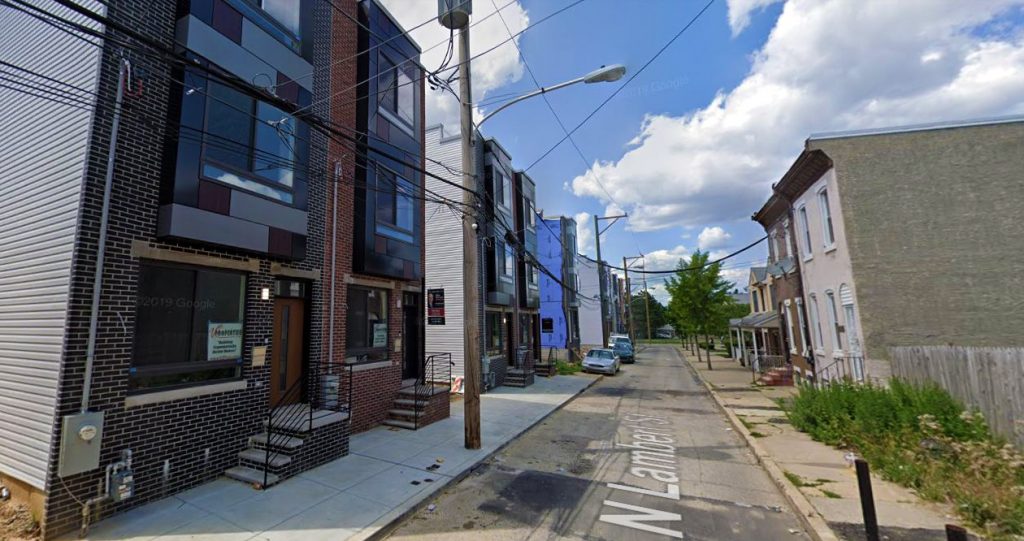