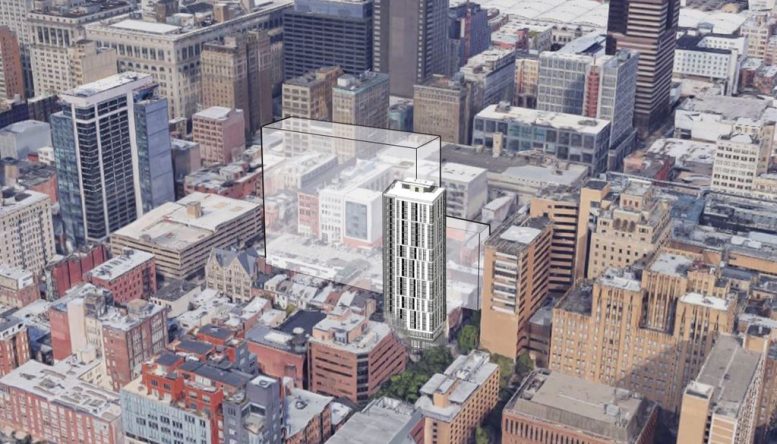 Demolition is pending for a Wendy’s restaurant at 1101 Walnut Street in Center City, which will be replaced with a 259-foot-tall, 23-story residential tower designed by JKRP Architects. The project was initially revealed in August 2019, with demolition and construction permits following in October. Since that time, however, no signs of demolition work have appeared on the site. Permis list ARD 1105 Walnut LLC as the owner.

The site, located at the corner of Walnut and South 11th streets, sits just to the east of 294-foot-tall 1101 Walnut Street, which became one of the tallest buildings in the area in 2017. Aside for a handful of nearby high-rises, the building would stand prominently above the surroundings, which include adjacent townhouses to the west and the Jefferson University Hospital across the street. As such, many apartments will feature sweeping views from floor-to-ceiling windows. 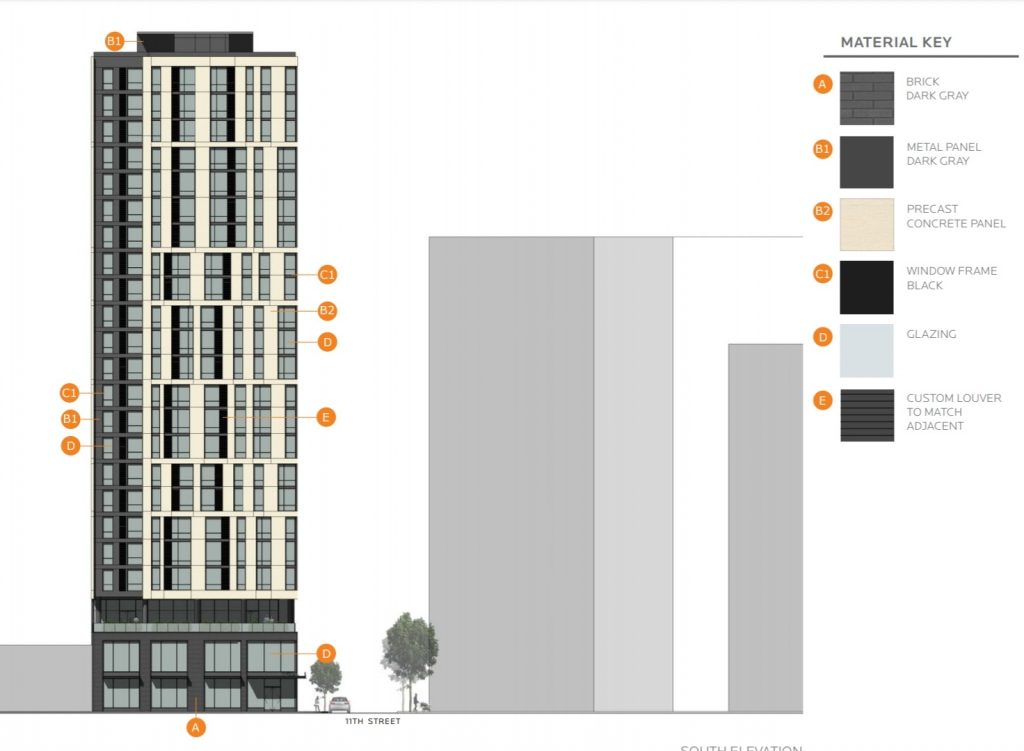 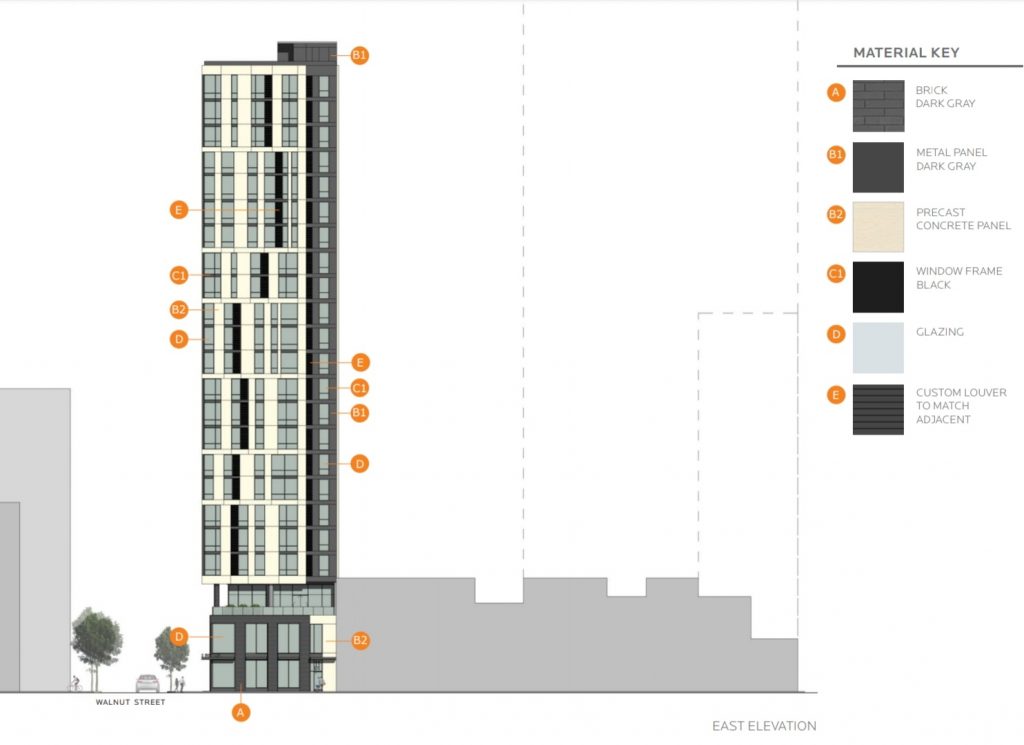 With the south face measuring 58 feet wide and the east face 51 feet long, the building will present a slim profile when looking from the east and west. The exterior of the slender tower is fashioned as a series of staggered, two- to four-story vertical window bays framed within beige precast concrete and accented with gray brick and gray window panels. The choice of concrete for cladding lends the building a Brutalist vibe, reminiscent of the city’s many such structures built in the late 60s and 70s. The façade would extend to the lot walls, which would feature few windows.