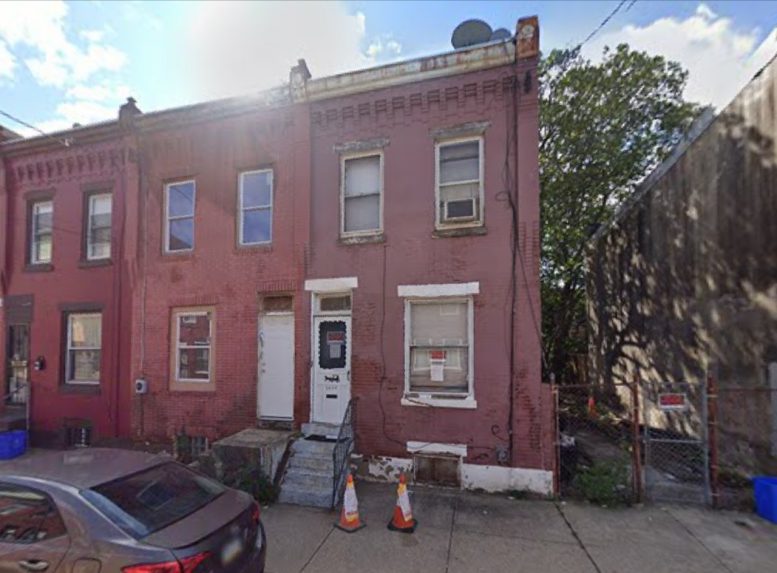 Permits have been filed for the demolition of a two-story rowhouse at 2632 Manton Street in Grays Ferry, South Philadelphia. The single-family dwelling with a red brick exterior spans a 527-square-foot footprint and is located on the south side of the block between South 26th Street and South 27th Street. The gross floor area is 1,002 square feet and the cost of the work is $17,000. Ricco Construction Corp. is the specified contractor. The property is in ownership by Six Ten Partners LLC.

A fence will be erected around the site for safety during the demolition process. According to the documents, 2630 Manton Street next door will also be demolished at the same time. Permits were filed for an attached structure at the site in mid-August, but the plan was cancelled.

The site sits in a predominantly residential neighborhood with a few businesses scattered around, such as the A&C Food Market at the corner of Oakford Street and North 27th Street on the other side of the block. Four blocks to the south and one block to the right is the Universal Alcorn Middle Years Academy, a middle school located at 1319 South 26th Street.

Be the first to comment on "Demolition Permits Filed For 2632 Manton Street In Grays Ferry, South Philadelphia"