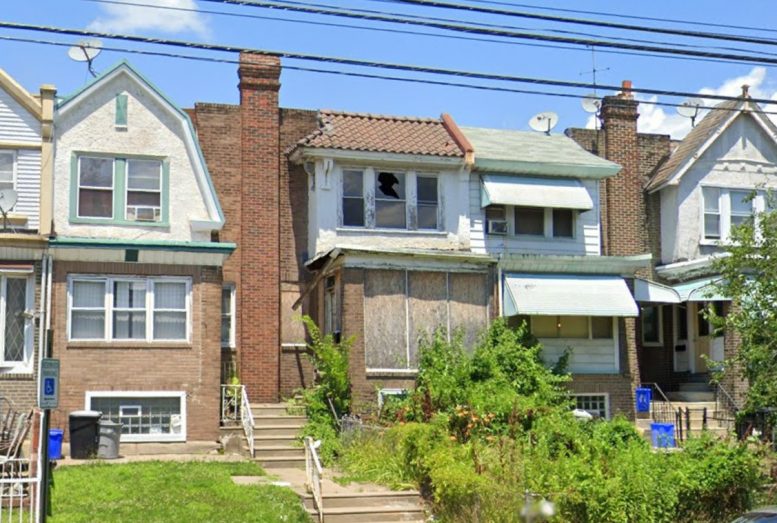 Permits have been filed for the demolition of a two-story single-family dwelling at 3217 West Allegheny Avenue in Allegheny West, North Philadelphia. The vacant structure, which will be dismantled as part of the City of Philadelphia Demolition Program, is located near the corner of West Allegheny Avenue and North 32nd Avenue. The gross floor area of the building is 1,200 square feet, and the cost of work for the whole operation will be $38,700. The property is owned by Jujama Group and Associates. FH Demolition is the specified contractor.

According to the filings, the plans also call for the two adjacent properties at 3215 and 3219 West Allegheny Avenue to have stucco applied on the to-be-exposed walls and to rebuild a collapsed rear wooden porch at number 3219.

The site sits within a short walking distance to East Fairmount Park on the banks of the Schuylkill River. Two blocks to the south of the property is St. James School, a middle school located at 3217 West Clearfield Street. The block just to the east of the property is occupied by the Pep Boys Corporate Headquarters, sited in a loft building that likely dates to the turn of the twentieth century.

Be the first to comment on "Demolition Permits Filed for 3217 West Allegheny Avenue in Allegheny West, North Philadelphia"