After three years of construction, Pavilion, a 17-story Penn Medicine facility at 300 South 33rd Street in the hospital district of University City in West Philadelphia, is nearing completion. Designed by Foster + Partners, the steel structure stands 343 feet tall and yields 1.5 million square feet, the same amount as the Comcast Technology Center, also designed by Foster + Partners. The building will roughly double the number of hospital beds at Penn Medicine. The Pavilion rises from the former site of the 254-foot-tall, 20-story Penn Tower, completed in 1974. 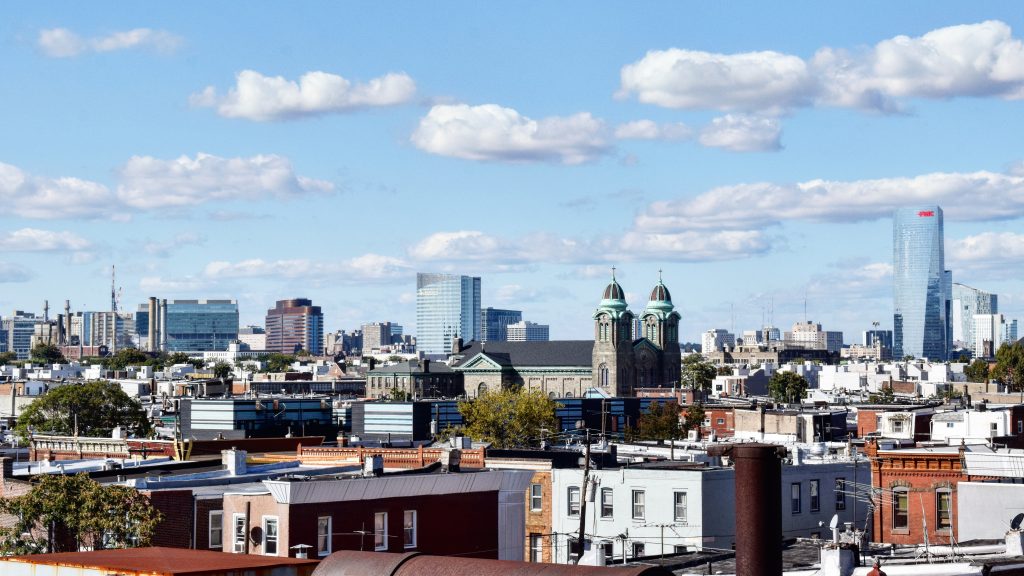 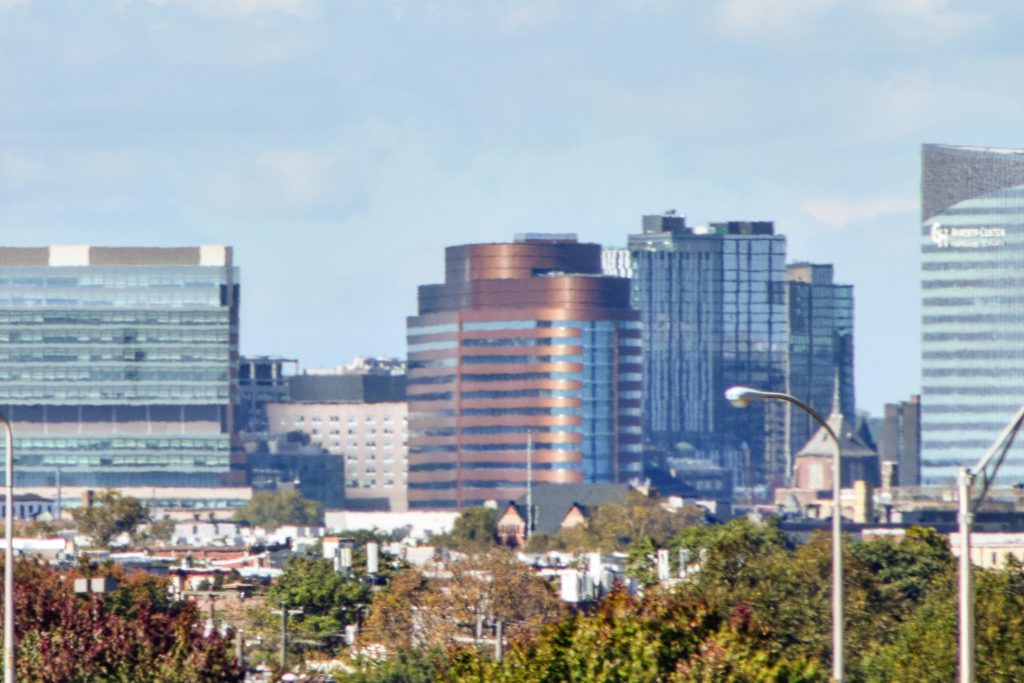 The building stands out on the University City skyline with its sleek, curved design. The structure rose out of the ground at the beginning of 2018 and topped out in April of 2019 after the two cranes lifted the final beams at the mechanical bulkhead. Since then, the cranes have been taken down, the exterior construction elevator has been removed, and the façade has been fully installed. 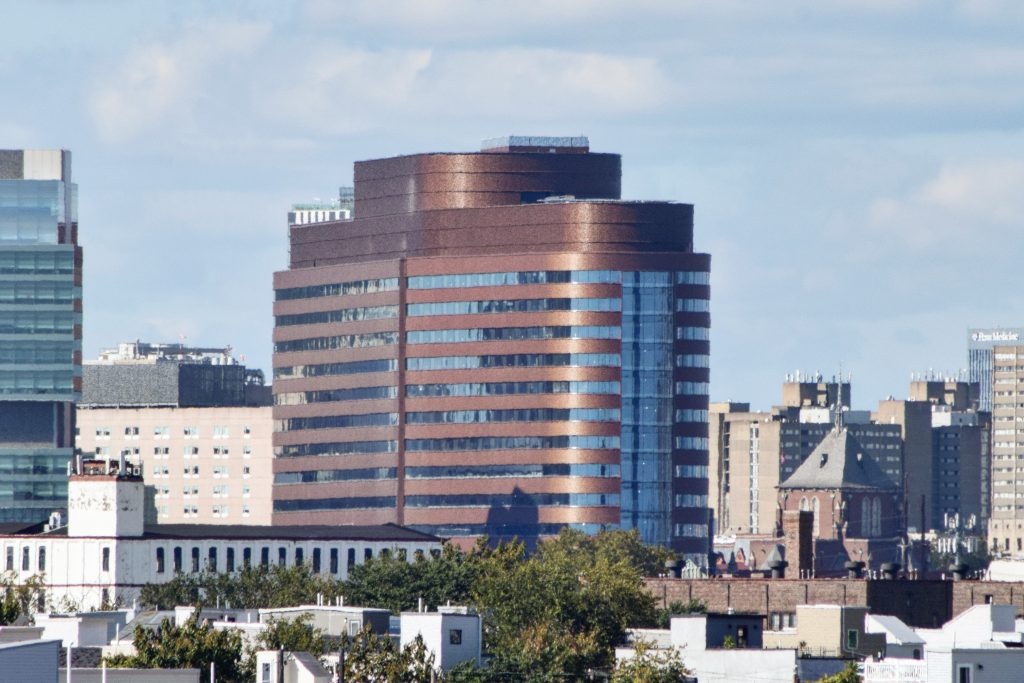 Rows of metal cladding, capped with thicker metal bands at the bottom and the top of the main structure, were recently finished when the remaining panels at the south façade were installed following the removal of the construction elevator. The Penn Medicine logos have also been installed on the north and south sides of the top of the building, but no light features have been turned on yet at night other than the red aviation warning lights. 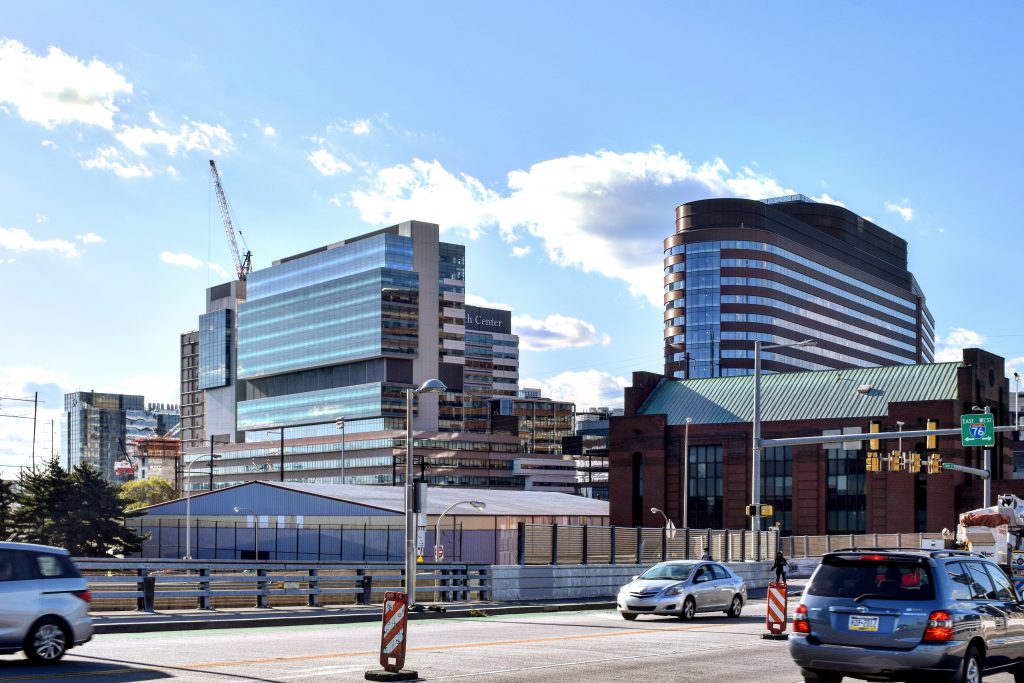 Pavilion is scheduled for completion in 2021.

Be the first to comment on "Exterior Work Wraps on Pavilion at 300 South 33rd Street in University City, West Philadelphia"