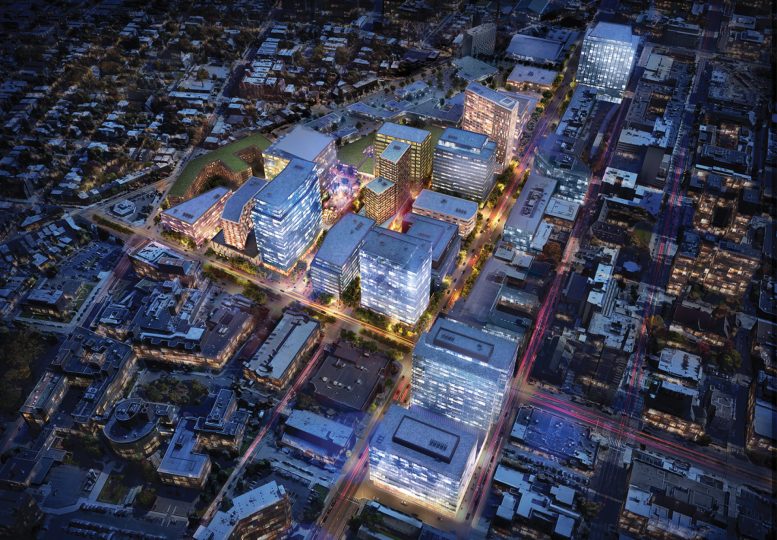 Construction is set to begin on Two uCity Square, a 15-story office building in the uCity Square development at 225 North 38th Street in University City, West Philadelphia. Designed by ZGF Architects LLP and developed by Ventas Inc., the 498,023-square-foot structure will contain offices, research and development facilities, and retail space, as well as three loading bays, 329 parking spaces, and 91 bicycle spaces. Most of the amenities will be located below ground, and a green roof will sit on top of the structure. Permits have already been filed for the construction of the foundation, the core, and the tower shell.

The tower is pictured in the center of the photo below. The structure will feature a sleek Modernist façade that will be highly visible due a plaza planned directly in front of the tower. The curtain wall will feature a mixture of transparent glass and what appears to be dark metal paneling.

Nearby, One uCity Square, an office tower in the mega development located adjacent to this site, also received permits back in the spring. Construction is now underway on the building, suggesting that construction may start at Two uCity Square in the near future as well.

The site occupies a prime location in University City, within walking distance of several major universities and with transit access via the Market-Frankford Line. 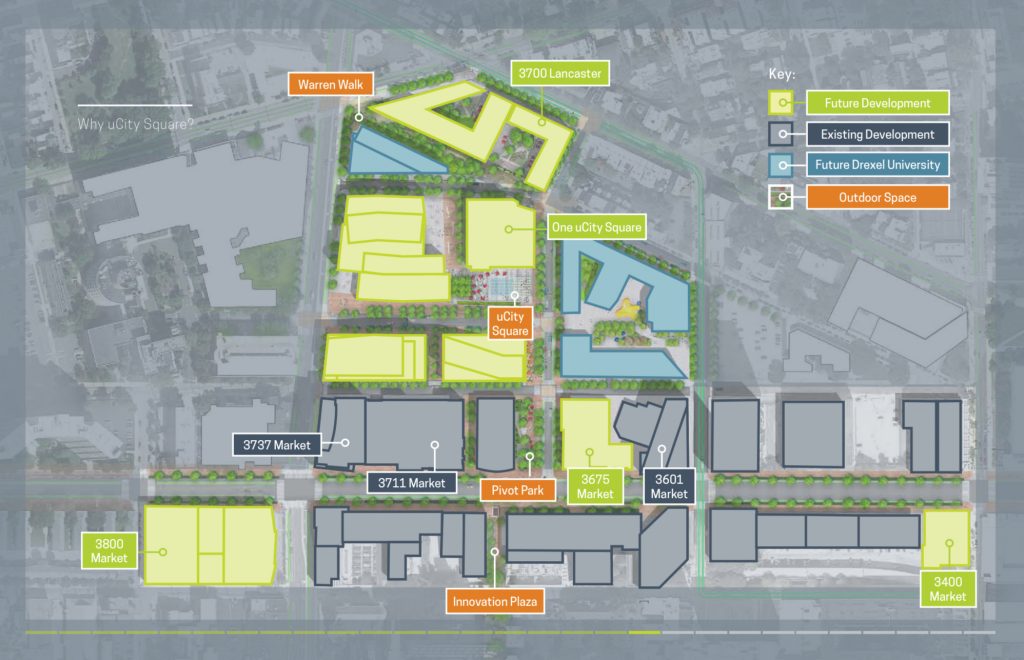 Be the first to comment on "Two uCity Square to Rise at 225 North 38th Street in University City, Philadelphia"