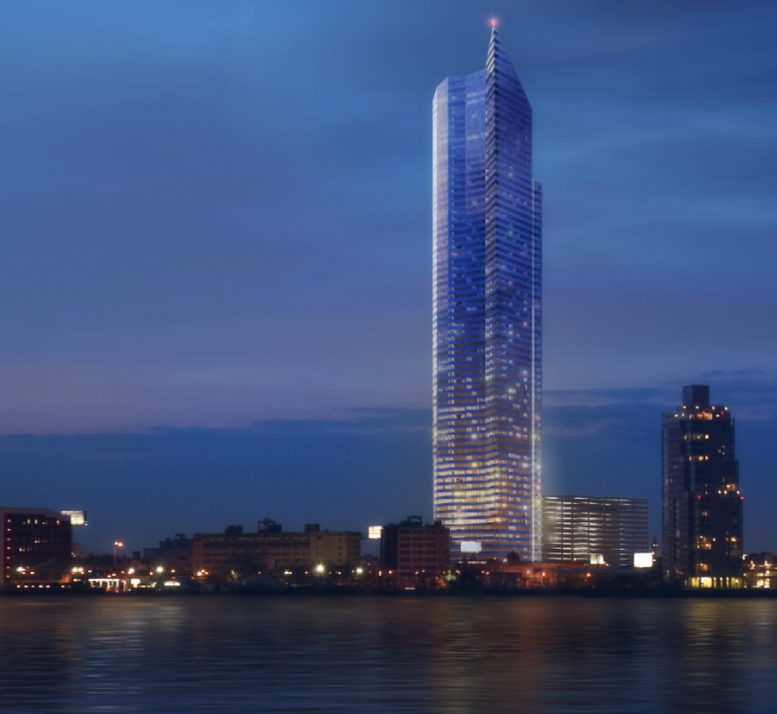 Over the course of the past three decades, many high-rise projects have been proposed along the Delaware River, yet most bit the dust before construction had ever begun. One of these is the 915-foot-tall, 66-story Bridgeman’s View Tower planned in 2007 at 900 North Delaware Avenue in Northern Liberties, North Philadelphia, a surprising location for such a tall skyscraper proposal, given the area’s then-lowrise profile. Designed by Studio Agoos Lovera and developed by Marc Stien, Ryan Roberts, and an undisclosed North Jersey real estate investment team, the tower was planned to feature a mix of residential office, hotel, and retail space, with 794 condominiums and 200 to 300 boutique hotel rooms.

The towers name is a shout-out to the the Ironworkers 401 Local, the builders of the Benjamin Franklin Bridge, the Comcast Technology Center, and many other steel-framed structures across the city. The tower would have stood at a great distance from the Center City skyline and would have been prominently visible from many areas in North Philadelphia and southern New Jersey. When driving across the Betsy Ross Bridge, the tower would have visibly merged with the skyline. On the other hand, when viewed from the Camden waterfront, Bridgeman’s View Tower would have appeared far to the north, beneath the span of the Benjamin Franklin Bridge. Skyline views from South Jersey would show a great separation between the tower and the skyline.

The tower was set for a November 2007 groundbreaking and a completion date of 2010, and was canceled in the aftermath of the 2008 recession.

8 Comments on "Looking Back at Bridgeman’s View Tower, an Unbuilt 915-Foot-Tall Skyscraper Once Proposed in Northern Liberties, North Philadelphia"

Permits Issued for The Beverly at 1102 Germantown Avenue in Northern Liberties, North Philadelphia