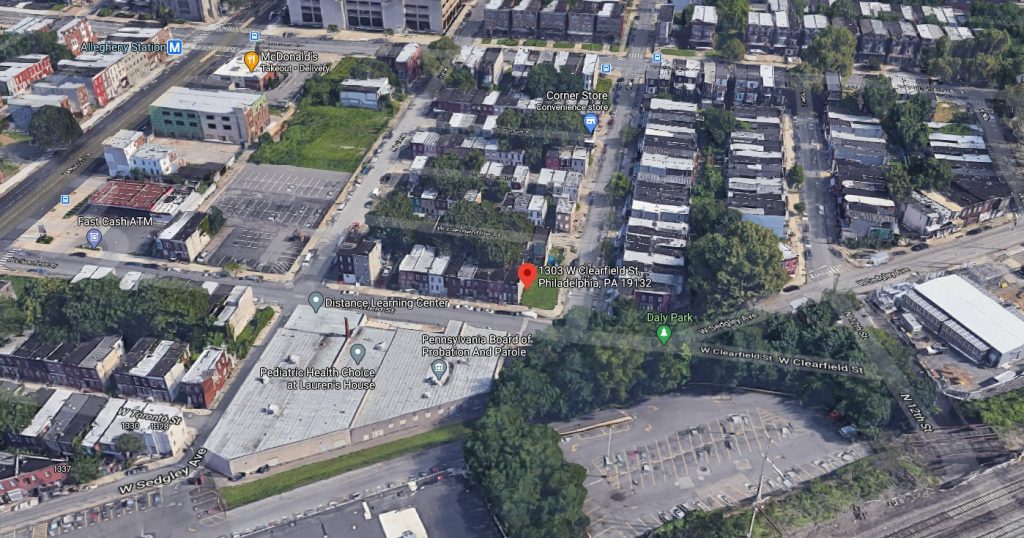 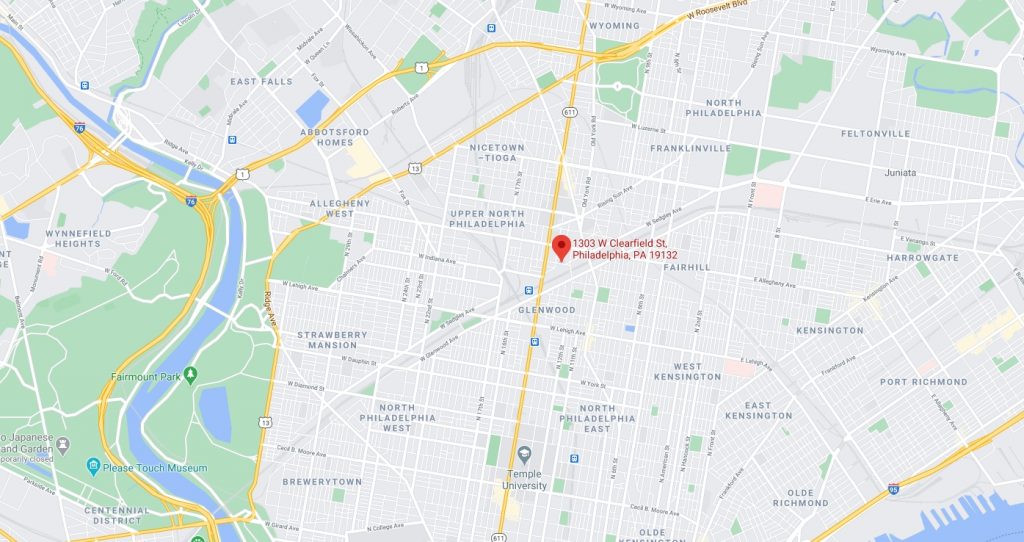 The structure will replace a well-maintained lawn, part of a two-site informal green space at the northwest corner of West Clearfield Street and North 13th Street. The site was once home to a two-story prewar rowhome, which matched its neighbors to the west. The building sported a red brick facade and a cornice ornamented with a dentil course, and sat abandoned for years until it was demolished sometime between mid-2012 and mid-2014.

Like much of North Philadelphia, the neighborhood lost many residents and buildings during the postwar period. To this day, a number of abandoned buildings are scattered throughout the area, including on the block where the proposal is located. However, there are clear signs that point to the area’s imminent revival and likely rise in local property values.

Just yesterday, Philly YIMBY covered 1324 West Allegheny Avenue, a six-story, 70-unit project proposed a block to the north, which will be the largest new development to be built in the area in years. The project sits across from the main campus of the Temple University Hospital, which is a major source of employment and is becoming an increasingly important catalyst for local development. The nearby Allegheny station on SEPTA’s Broad Street Line offers a ten-minute commute to Center City. The site also sits close to Revell House at 1428 west Mayfield Street, a local landmark sometimes described as Philadelphia’s “holiest site” for the adherents of the Baháʼí Faith.

Be the first to comment on "Permits Issued for a Two-Family Structure at 1303 West Clearfield Street in the Temple University Hospital Area, North Philadelphia"