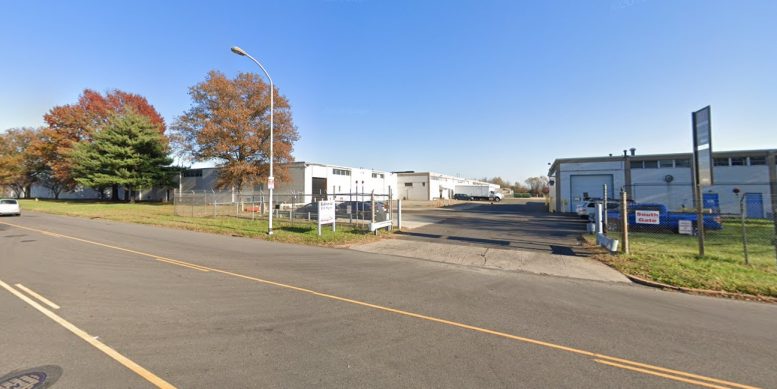 A zoning permit has been issued for the demolition of a large commercial structure at 9801 Blue Grass Road by the Northeast Philadelphia Airport in Far Northeast Philadelphia. The single-story facility appears to have served as a distribution facility or a trucking depot until recently, though permits classify the structure as vacant. The filing lists a building footprint of 396,812 square feet, making the facility one of the largest structures to be slated for the wrecking ball in recent years.

Philadelphia is a city with a colossal architectural legacy and an equally extensive history of major demolitions, including the Veterans Stadium in 2004 and the Sears facility at Roosevelt Boulevard and Adams Avenue in 1994, a 14-story, 2.6 million-square-foot Neo-Gothic behemoth that was constructed in 1920. The latter was demolished with the largest implosion in history up to that date.

Despite its much smaller yet still impressive scale, the demolition will not be anywhere as dramatic as either of the examples cited above, nor as detrimental to the cityscape. The structure is a run-of-the-mill, suburban-style warehouse “box” with no redeeming architectural qualities whatsoever.

The permits do not state any reason for the demolition nor do they call for a replacement. The site sits on a minor service road between the Northeast Philadelphia Airport to the east and the Whitman Square Shopping Center to the west, an unremarkable commercial mall dominated by common chain stores. 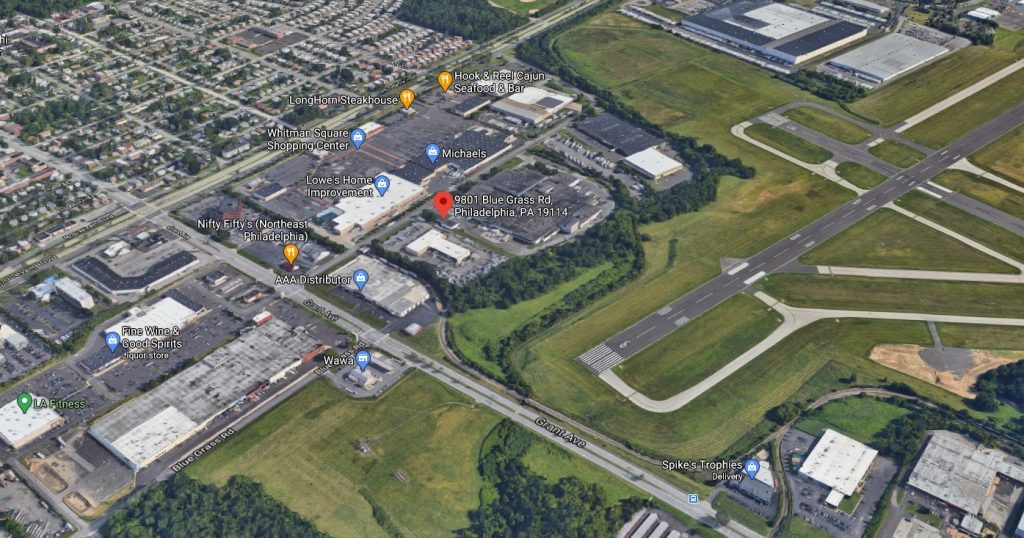 Any development that may occur at the site would likely be within a similar format as the structure it would replace. But even though such a structure would almost certainly not appear impressive nor extraordinary in any way, any boost in square footage, construction and permanent jobs, and tax revenue would be a boost to the community and to the city as a whole. 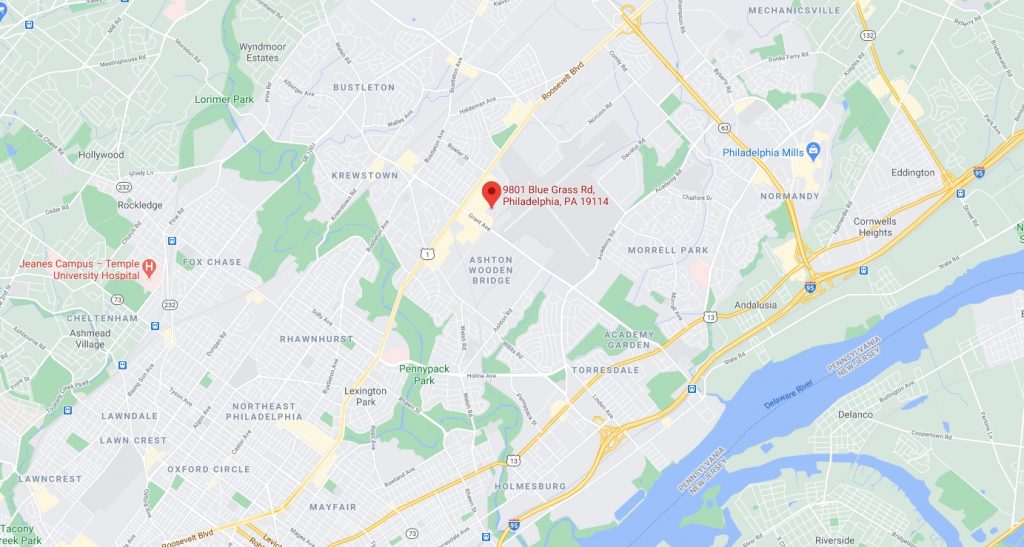 2 Comments on "Demolition Permits Issued for a 397,000-Square-Foot Warehouse at 9801 Blue Grass Road by the Northeast Philadelphia Airport"