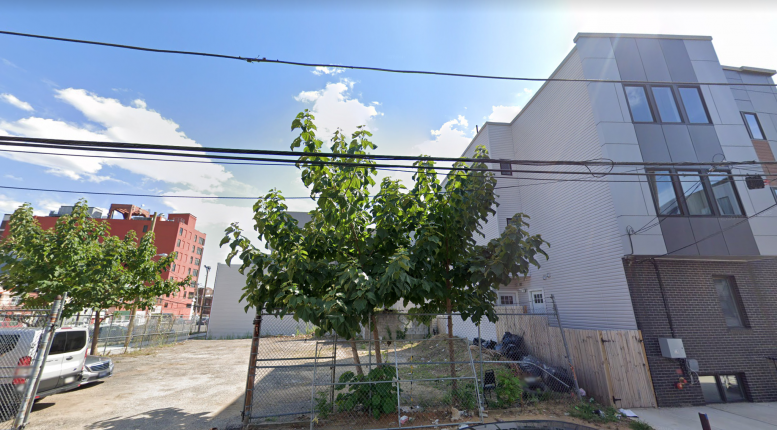 View of 1434 Parrish Street via Google.

Permits we’re issued this past week for the construction of a multi-family building at 1434 Parrish Street in Francisville, North Philadelphia. The development will stand three stories tall and will hold six residential units. A total of 3,771 square feet of space will be situated within the structure, which is is expected to cost $180,000 to build, according to the permit.

The structure will replace a vacant lot. Almost all vacant properties in the neighborhood have vanished in recent years, with a large number of new residential and retail units added to the area. In the early years of during the neighborhood’s transformation new townhome developments were commonplace, yet local demand has risen so high that almost all projects now include multiple residential units. This has boosted the residential density of the area, particularly along the Ridge Avenue commercial corridor, which is now blossoming into one of the city’s busiest.  Francisville has become a prime example of the rebuilding of Philadelphia’s neighborhoods by increasing local density in an established neighborhood and building around a commercial corridor. As the area fills up, developers may be looking for other locations throughout the city that are similar to Francisville in order to follow this approach.

No completion date is known at this time, though construction may be finished by 2022.

Be the first to comment on "Permits Issued for a Six-Unit Building at 1434 Parrish Street in Francisville, North Philadelphia"