Permits have been issued for the construction of a three-story, three-unit building at 727 North 39th Street in Mantua, West Philadelphia. The structure will replace a vacant lot on the east side of the block between Olive Street and Aspen Street, and will feature a cellar, a second-story rear deck, and full sprinkling. The building’s footprint will span 984 square feet. Permits list 727 N 39th Street LLC as the owner, Maher Abdelaal as the design professional, and Kumas Homes LLC as the contractor. Construction costs are listed at $280,000. 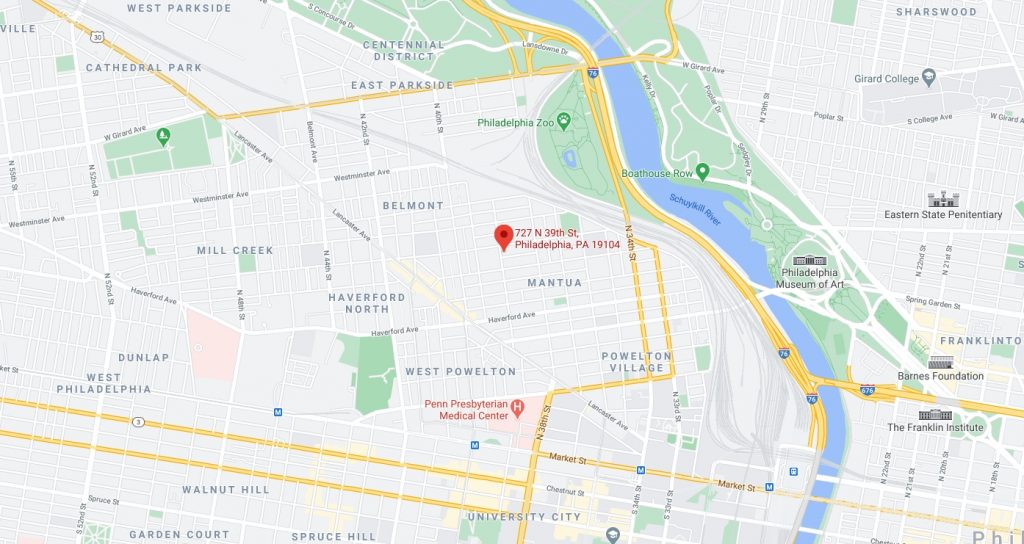 The structure’s zoning occupancy is classified as R-2, a low-density residential zone. In reality, however, the building’s location almost rural. Te entire blockfront, which once featured a dense, urbane ensemble of rowhouses, is now an expansive lawn, enclosed by a wooden plank fence and adorned with a few trees. The last remaining structures, a pair of long-abandoned, three-story rowhouses, were demolished some time between 2011 and 2014.

A similar large vacant across the street to the south, as well as several more further along the street, contributes to an almost bucolic atmosphere. However, despite its quaint character, such sites woefully out-of-place in the dense, centrally-located urban setting. 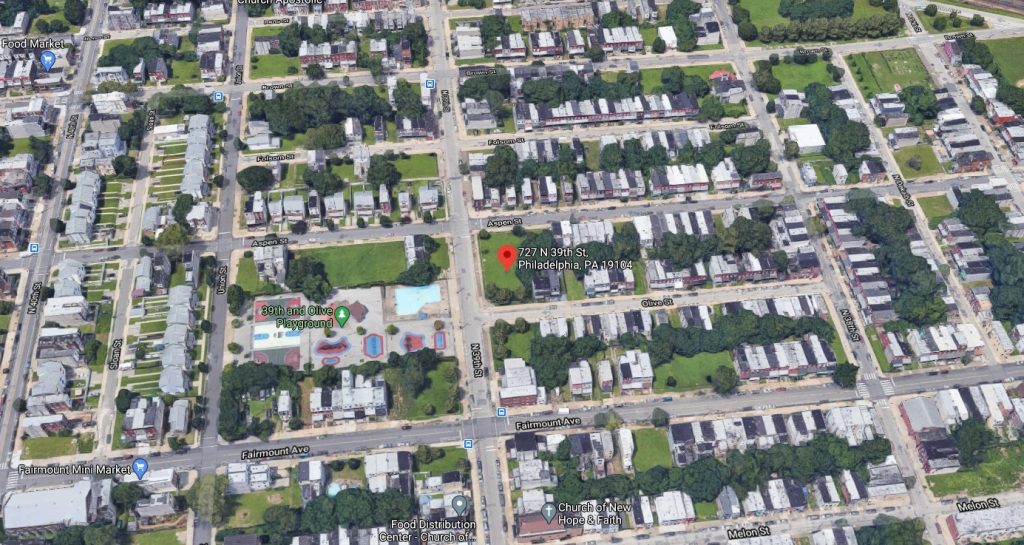 The low-density R-2 zoning is a hindrance to the type of the development that ought to be occurring at such sites. Once devastated by urban blight and pervasive demolitions, in recent years Mantua has become one of Philadelphia’s fastest-growing neighborhoods, in large part due to its walking-distance proximity to University City to the south. The two expansive lots are ideal for large, mid- or even high-rise development with tens or hundreds of new units that would help satisfy the ongoing housing demand. A ground-floor retail component that would enliven the streetscape and serve the existing community while providing new job opportunities.

But whether a developer comes forth with such an all-around beneficial plan or if construction will continue on a small scale, we expect to see more new projects arriving on the block in the near future.

Be the first to comment on "Permits Issued for Three-Unit Building at 727 North 39th Street in Mantua, West Philadelphia"