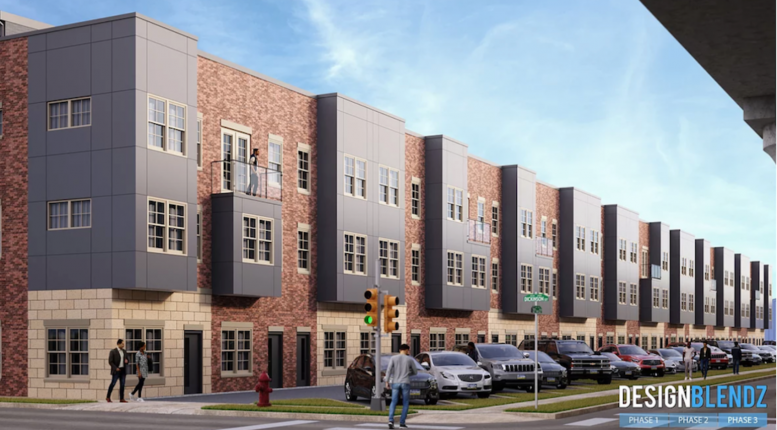 Rendering of the development via DesignBlendz.

Permits have been issued for the construction of multiple rowhouses at 1501 South 25th Street in Grays Ferry, South Philadelphia, creating a total of 18 units. Each structure will stand four stories tall and feature a private roof deck, and come with an estimated construction cost of $200,000. The rowhouses will include several variants, with types one through five being single-family dwellings consisting of 3,210 square feet of interior space with an estimated construction cost of $200,000. Building seven will be a duplex measuring 3,745 square feet, while buildings eight through 12 will each hold 3,695 square feet of space. Buildings seven through 12 will each cost an estimated $250,000 to build.

Renderings a set of attractive buildings, with brick used as the primary material with gray cladding used on cantilevered projections. Tan stone will feature at ground floor entryways at every other building, adding texture to the design. A row of homes across the street gives a sneak peek as to what the finished product will look like. 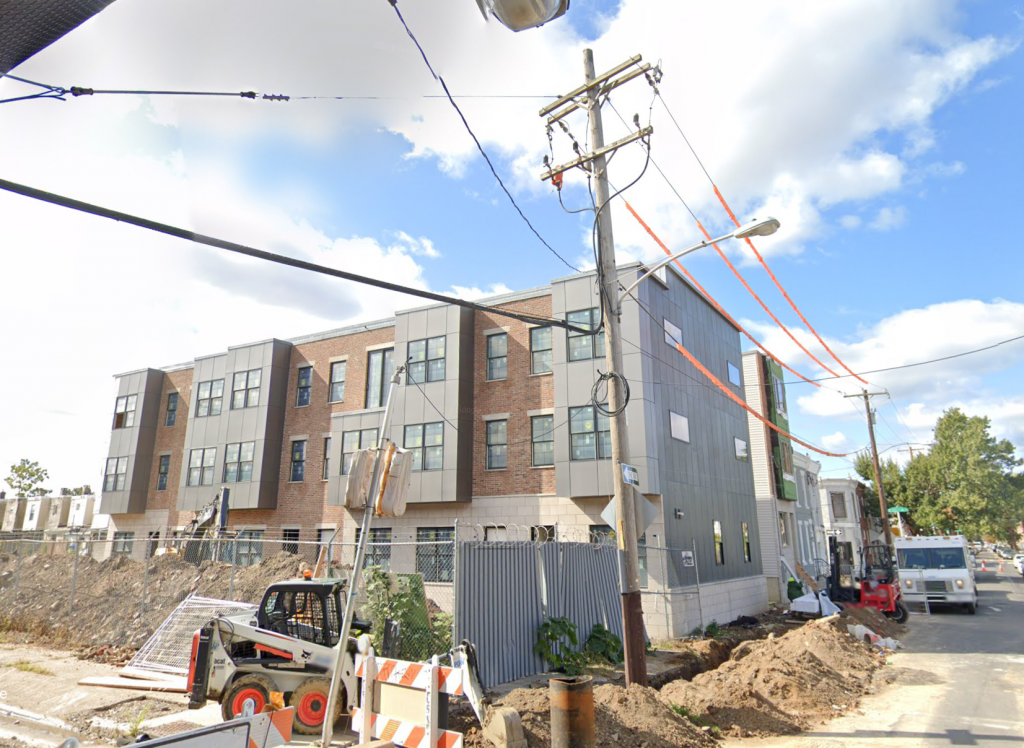 Modern homes across the street via Google. 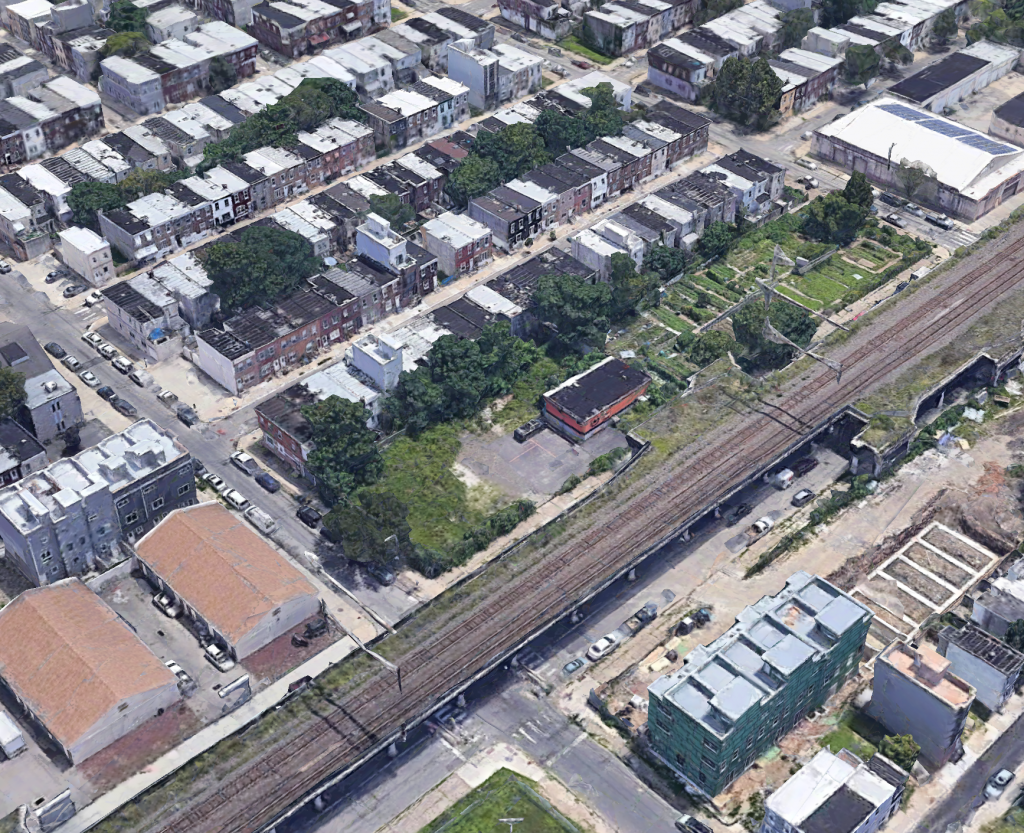 The homes will replace a vacant lot, adding a major density boost to the neighborhood. The homes will be set back from the track due to the freight railway that runs above 25th Street. The space between the homes and the street will be filled with surface parking, perhaps the only unfortunate aspect of the project from an urban design perspective, especially since the homes feature private garages.

Be the first to comment on "Permits Issued for an 18-Unit Complex at 1501 South 25th Street in Grays Ferry, South Philadelphia"