Zoning permits have been issued for the construction of two single-family structures at 2523 and 2525 North Hancock Street in West Kensington. The pair will replace a grassy vacant lot on the east side of the block between West Cumberland Street and West Huntingdon Street. Each of the buildings will occupy a 550-square-foot footprint and will feature a roof deck. Golden Rule LLC is the listed owner for both properties.

Large swaths of Kensington and North Philadelphia witnessed widespread depopulation, abandonment and demolition in the postwar period, and the block at hand was hit particularly hard. While almost all rowhouses across the street remain standing since the prewar era, only five are still standing on the east side of the street, and none at all remain on the opposite side of the block that faces Mutter Street to the east. At the north end of the block, two massive prewar industrial buildings, one of which rises five stories high, have sat abandoned for over a decade. 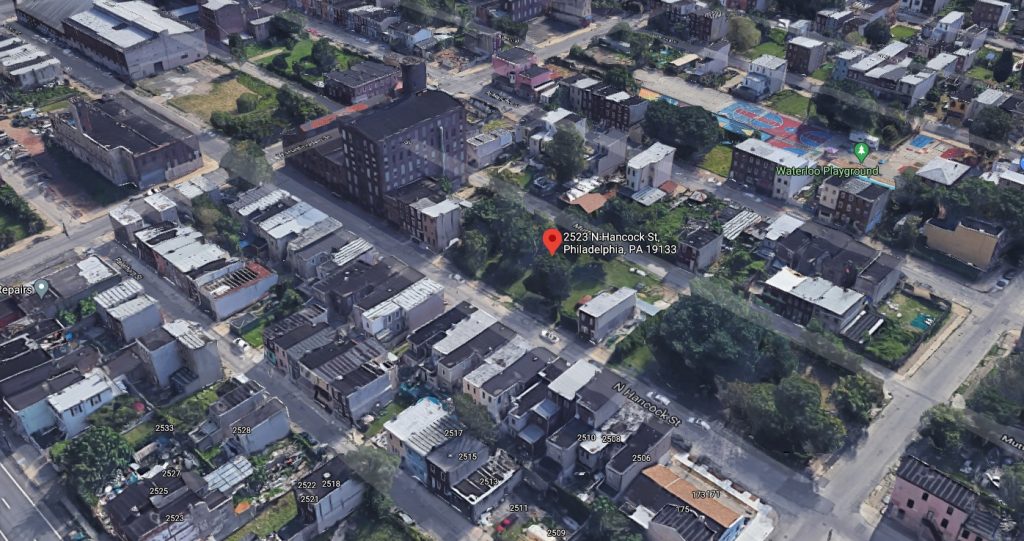 The two proposed buildings, which will be the first new developments on the block since the end of World War II, are a part of a slow yet steady revival that is taking place throughout the area and in adjacent neighborhoods such as East Kensington and Norris Square. A considerable number of permits, mostly for small-scale residential structures, were filed over the course of the past year, a boom that the neighborhood has not seen in decades.

The surge is likely a response to the development frenzy in Fishtown and Northern Liberties to the south, as well as in the Temple University area to the southwest, with the university located within a 30-minute walk, and a much quicker drive or a bike ride, from the properties. Proximity to the Temple University Hospital – Episcopal Campus, located within an eight-minute walk to the northeast, and the Market-Frankford SEPTA line, with the York-Dauphin station situated along the North Front Street commercial corridor several blocks to the southeast, add further allure to potential development in the surrounding area. 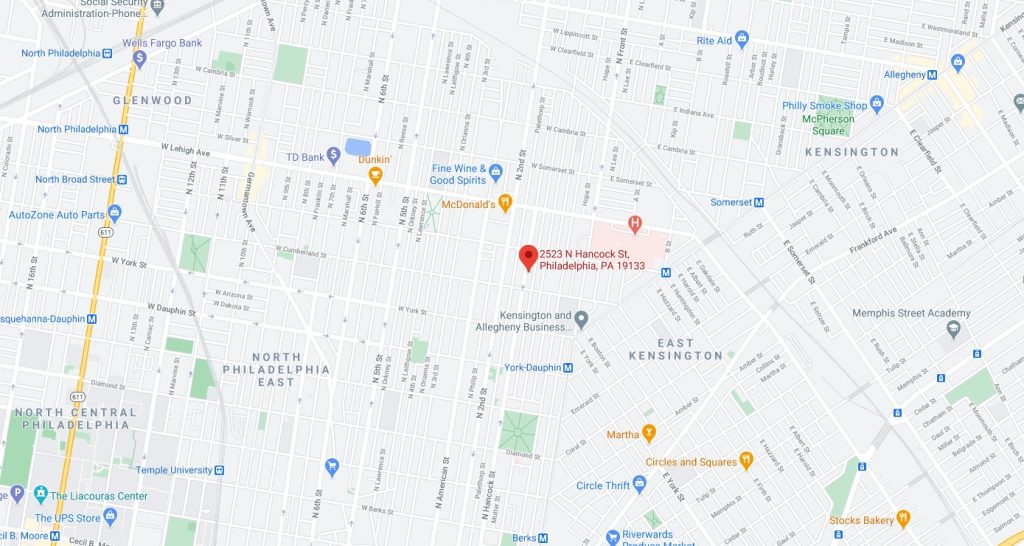 We hope that, in the near future, developers will capitalize on the renovation and conversion opportunities for the two above-mentioned industrial lofts at 2545 and 2547 North Hancock Street at the north end of the block, taking advantage of their imposing prewar architecture, extra tall ceilings, and the former’s prominent height, which would offer dramatic views from upper-floor offices or apartments in all directions.