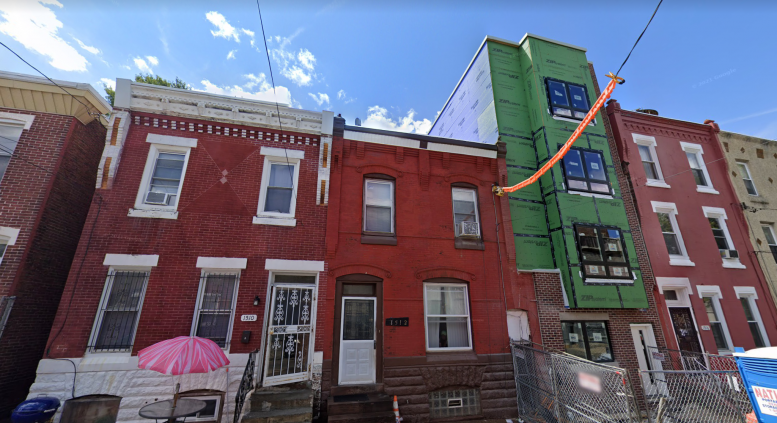 Permits have been issued for the construction of a multi-family structure at 1512 North 26th Street in Brewerytown, North Philadelphia. The building will stand four stories tall and will hold four residential units, meaning that each unit will likely take up an entire floor. The building will offer a total of 5,239 square feet of space. Fenix Construction Group is the listed owner. Construction costs for the project are estimated at $660,000.

The new building will replace a rowhome with a typical design for the area, featuring an attractive red brick façade. The neighborhood once consisted entirely of such structures, yet new construction has made a heavy impact in recent years, and with recently built structures now visible on just about every block. The local real estate boom has led to a surge in population and increased development activity in nearby neighborhood such as Sharswood and Strawberry Mansion.

YIMBY reported on the demolition permits in August.

No completion date is not known at this time, yet the development may be finished by 2022.

Be the first to comment on "Permits Issued for a Four-Unit Structure at 1512 North 26th Street in Brewerytown, North Philadelphia"