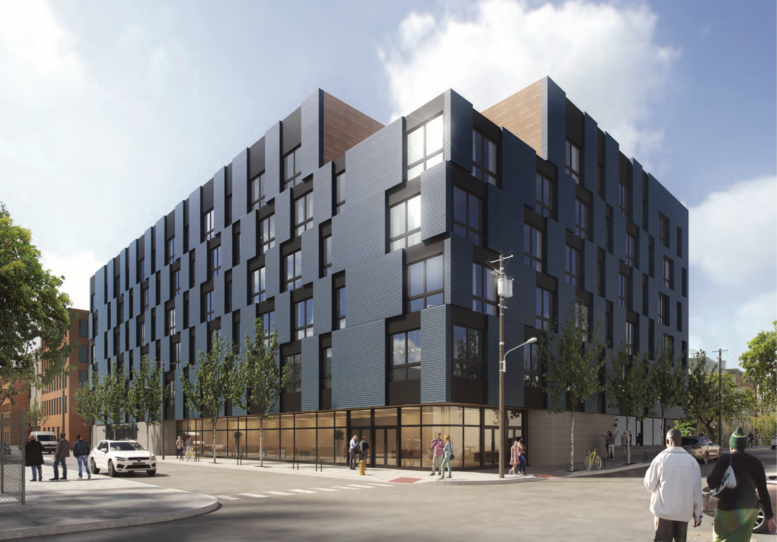 Renderings have been revealed for a large development at 1640-48 North Hancock Street in Olde Kensington. Designed by HDO Architecture, The building will stand five stories tall with commercial space on the ground floor and 110 residential units. 36 parking spaces will be included in the development, with three set to be for electric vehicles and two more to be accessible. Additionally, the building will also include 64 bike spaces. 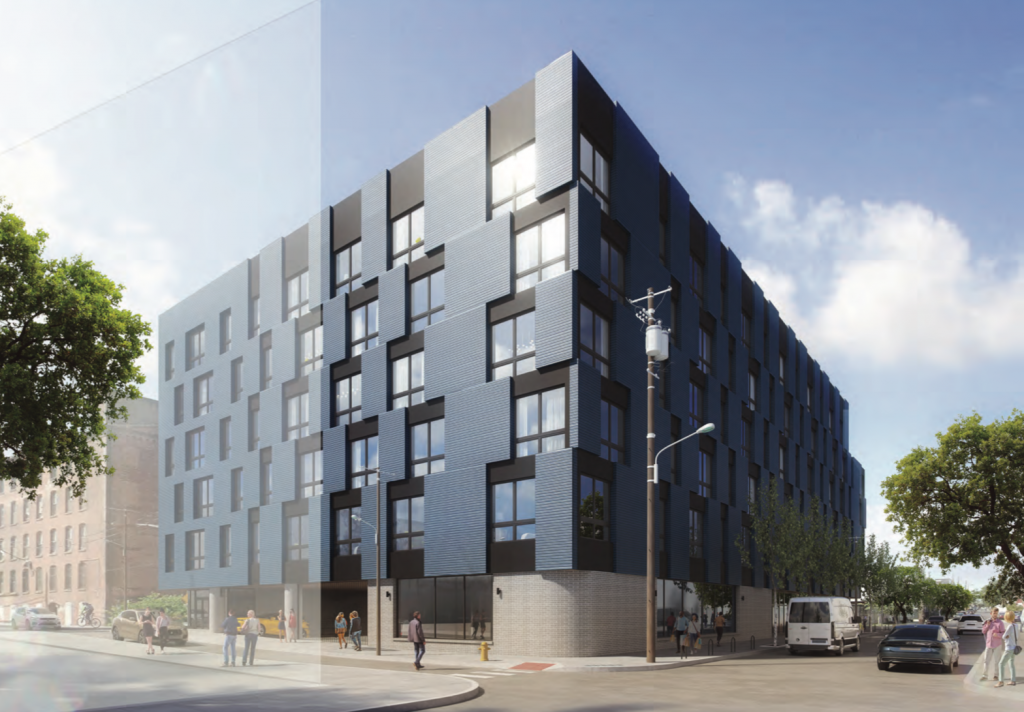 The building will feature a modern façade built up of a variety of materials. Primarily, blue cladding will be utilized on the majority of the exterior, with black cladding acting as an accent. The ground floor of the building will also feature gray brick and floor to ceiling windows, with smaller, uniform sized windows on the upper floors arranged in a modern pattern that helps the building pop. 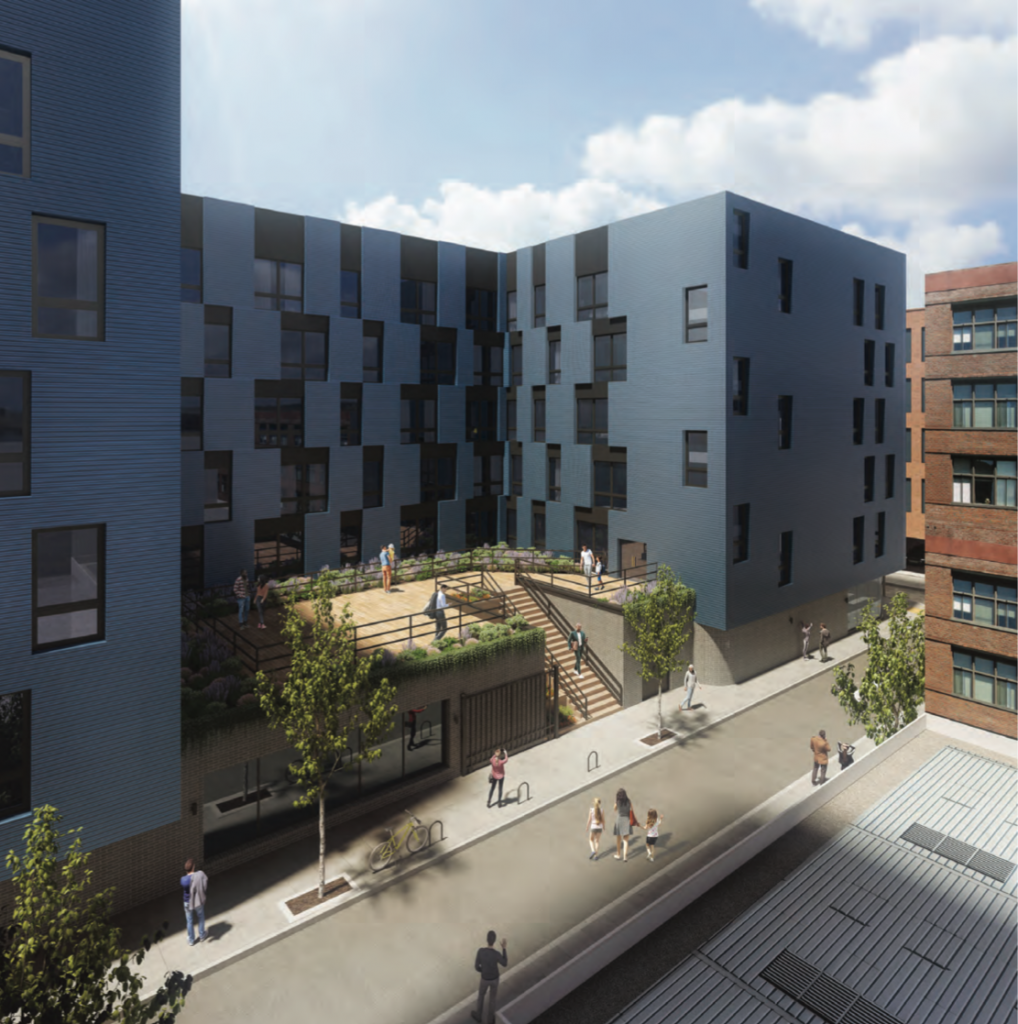 A small green space will be included at the building’s rear, with a staircase rising from the Palethorp sidewalk, opening up to an area with a small plaza and gardens. The space helps fully maximize the development’s space, as it sits over the structure’s ground floor and allows for inward-facing residential units. Street trees will also be included in the development, helping add lore green to the street as well as shade. A total of 15 trees are planned in the project. 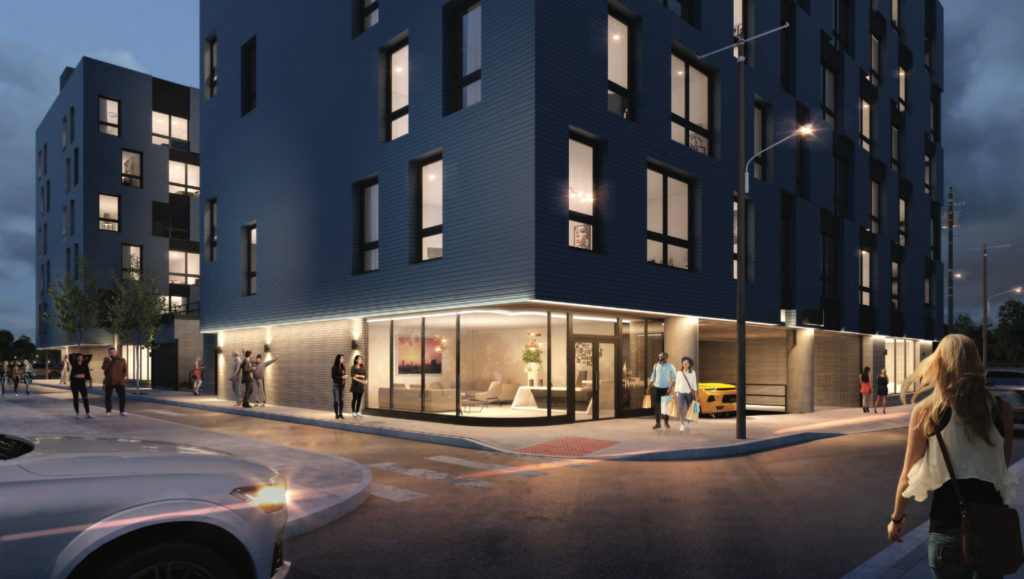 The building will be replacing the neighborhood’s famous horse riding stable, which is a highly unusual business due to its presence in an urban environment. While the stable is a unique and interesting neighborhood staple, it is admittedly not the best use of the space situated at the property, and the addition of 110 residential units to the booming area will prove beneficial to the surrounding businesses.

Transit access is offered nearby to the Market Frankford Line via Berks Station. Additionally, the project is within walking distance from numerous commercial corridors, and will also be creating a new commercial intersection due to the retail space included in the project.

YIMBY will keep readers updated on the development and its progress.