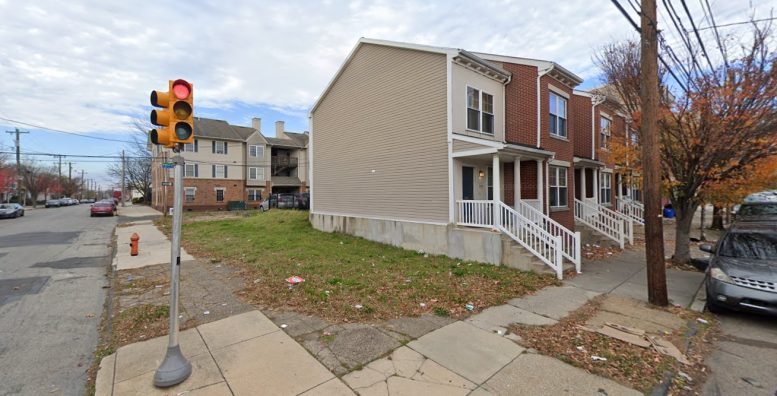 A permit has been issued for the construction of a three-story, three-unit building at 846 North 44th Street in Mill Creek, West Philadelphia. The structure will replace a vacant lot at the northwest corner of North 44th Street and Parrish Street. The filing lists Giller Realty LLC as the owner, Scott Woodruff as the architect and AIMES LLC is the contractor. Construction is expected to cost $136,424.

The building is being constructed under low-density R-2 residential zoning. The prewar rowhouse neighborhood saw its share of postwar depopulation and demolitions. However, since then, a large swath of land spanning several blocks around the property has been redeveloped with attached two- and three-story residential buildings with a mix of traditional and postmodern styling that evokes the character of a prewar small town, though it does not quite rise to the standard of quality set by its historic prototypes.

The site sits near the junction of three neighborhoods, with Belmont located to the west and Haverford North to the south. All three neighborhoods are seeing a steady influx of new proposals, as part of a greater development surge that is sweeping the eastern section of West Philadelphia as an extension of a construction boom that is taking place in University City.

In response to growing demand for local housing, the city ought to amend local zoning to allow for greater density. Lancaster Avenue, located a block to the northeast of the site, provides the transit (the route 10 trolley and the 43 bus) necessary to support such an increase. In addition, new residents would boost the retailers along the avenue, most of which are small businesses and restaurants owned and operated by members of the local community.

Be the first to comment on "Permits Issued for Three-Unit Building at 846 North 44th Street in Mill Creek, West Philadelphia"