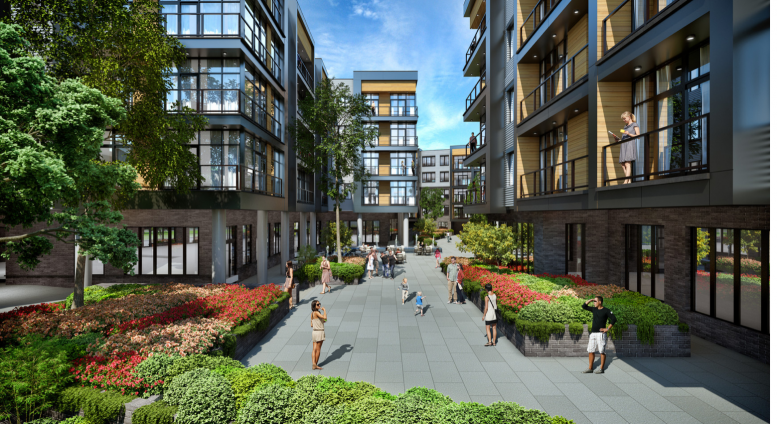 Construction has made significant progress at Liberty Square in Olde Kensington. Designed by HDO Architecture, the project will hold 201 residential units within three buildings. Two of the three buildings have reached completion, while the third along American Street is still progressing. 156 underground parking spaces will be included in the development, as well as a decorated plaza/courtyard in the center of the development. 10,000 square feet of retail space is also included in the project. 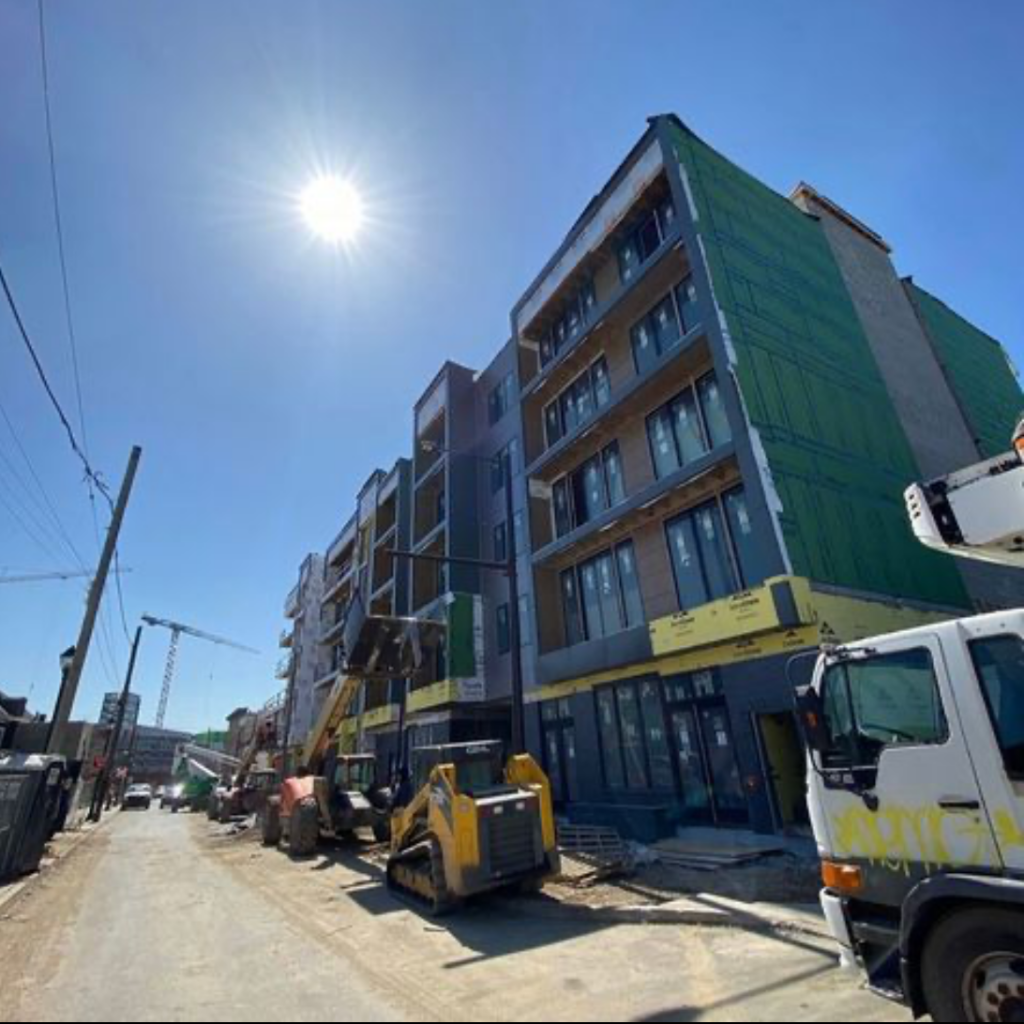 YIMBY’s last update in February showed that the eastern building had been topped out with framing complete. The first stages of façade installation had also begun, with windows installed. As of now, façade installation is much further along, with the darker gray cladding as well as wood-colored cladding now appearing on the structure. Only certain portions of the building are still covered in home wrap, and will likely see façade installation in the coming weeks. 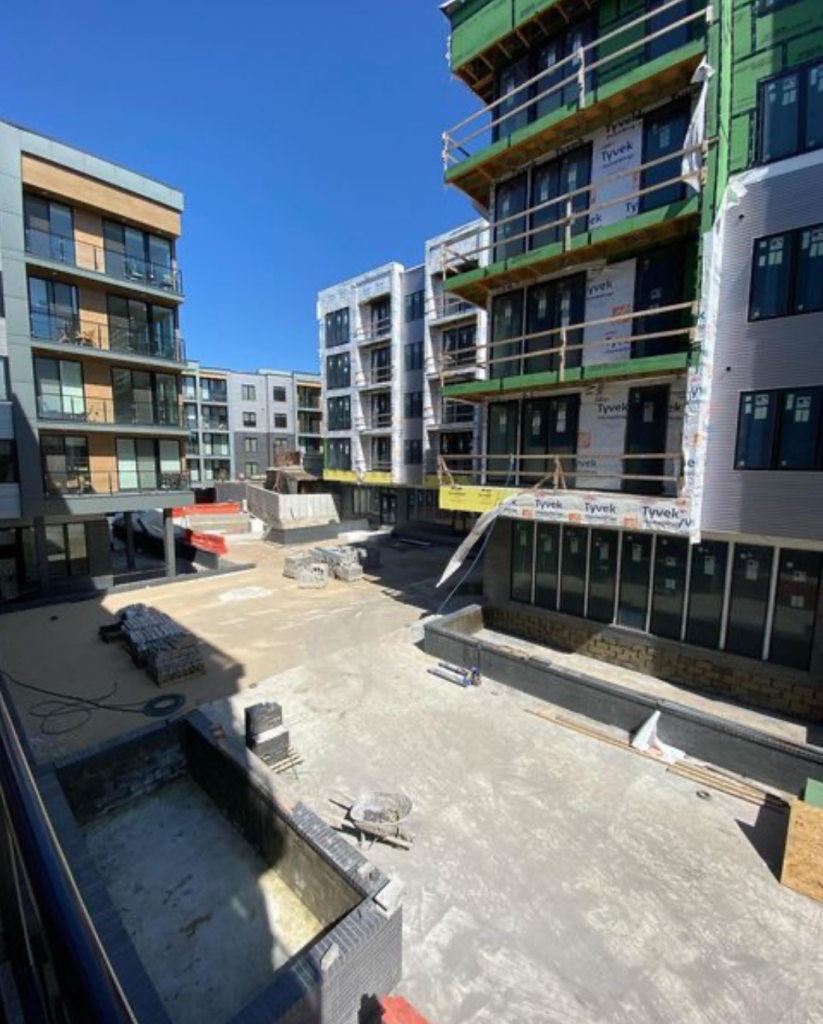 Meanwhile, and perhaps most exciting, is the progress made to the area where the future public outdoor space will be situated. Brick enclosures for flower beds and water features have been installed, now allowing a glimpse into the full shape of the green area. When completed, the area will act as park to the surrounding neighborhood and provide an interesting walkway in a new canyon formed by the collection of buildings. 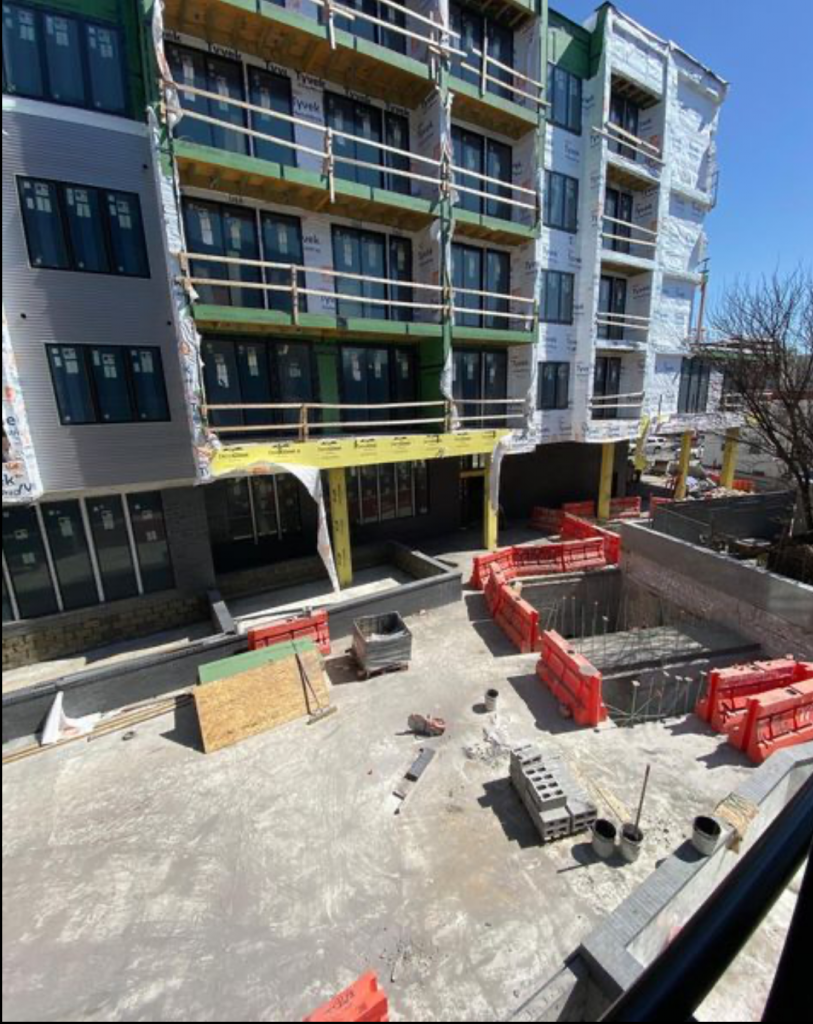 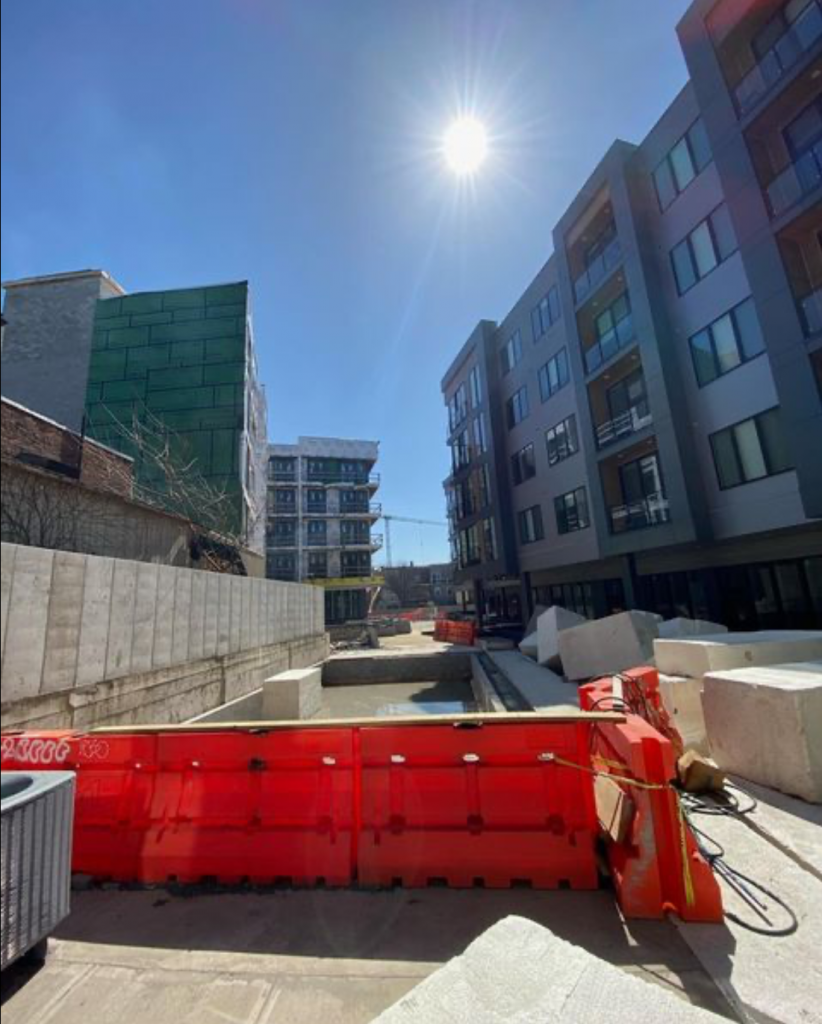 Construction Underway at The Beverly at 1102 Germantown Avenue in Northern Liberties, North Philadelphia

Completion Nears at The Poplar at 900 North 9th Street in Poplar, North Philadelphia

Construction Progresses On The Maven In Francisville, North Philadelphia

Construction Underway On The Bordeaux In Brewerytown