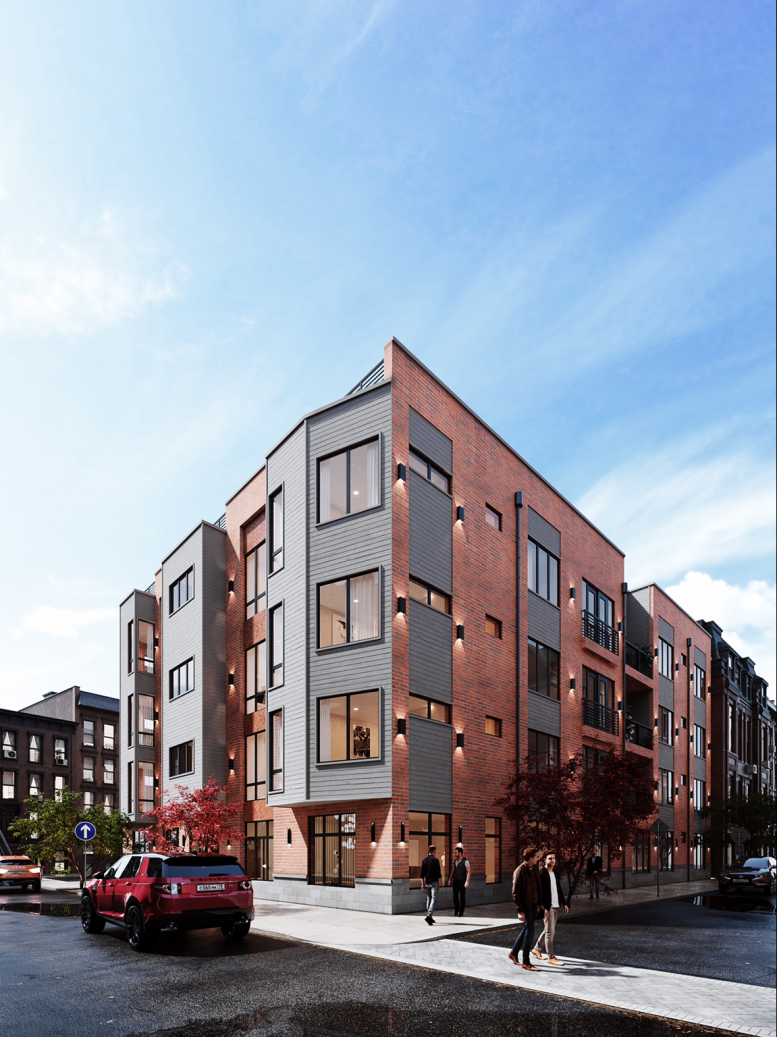 Construction is progressing rapidly on The HQ, a 30-unit multi-family building at 710 North 16th Street in Francisville, North Philadelphia. The development will rise four stories tall and will contain luxury apartments with a mixture of studio, one-bedroom, and two-bedroom units. The building will include a gym and roof deck. Stamm Development Group is behind the project, which is expected to yield around 35,000 square feet of space. 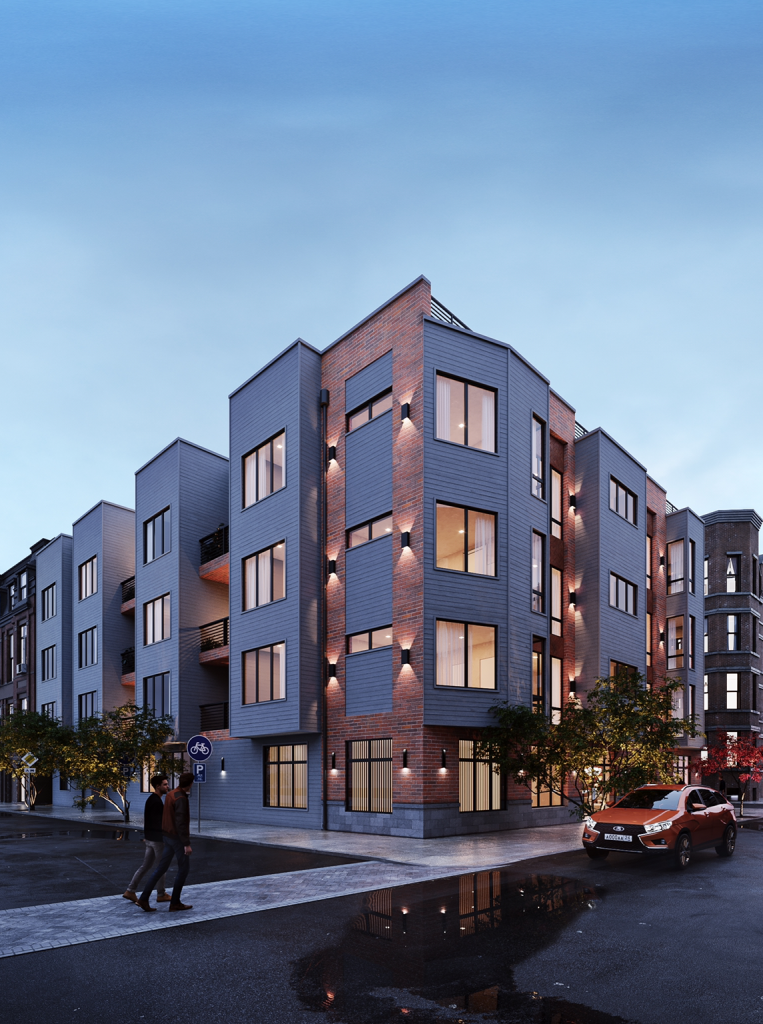 Upon completion, the building will feature a modern façade that will surely stand out from its location in Francisville. Brick will be used primarily in the structure, giving it a stately design. Additionally, gray siding situated in funky shapes and outcropping on the structure gives it its modern flare. Large windows will allow natural light to seep into the building’s units. 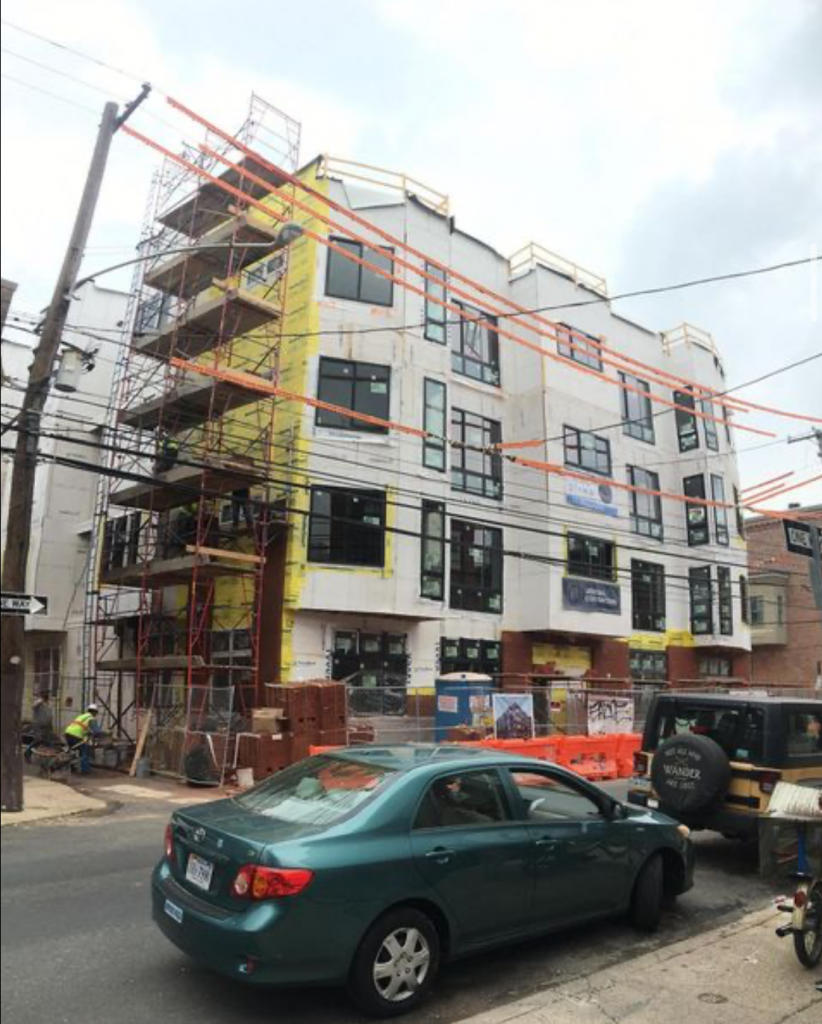 Stamm Development shared the progress in a recent social media post, showing the project’s progress. The building has long been topped out and fully framed, with windows having also been installed already. Façade installation has also began towards the bottom of the structure. 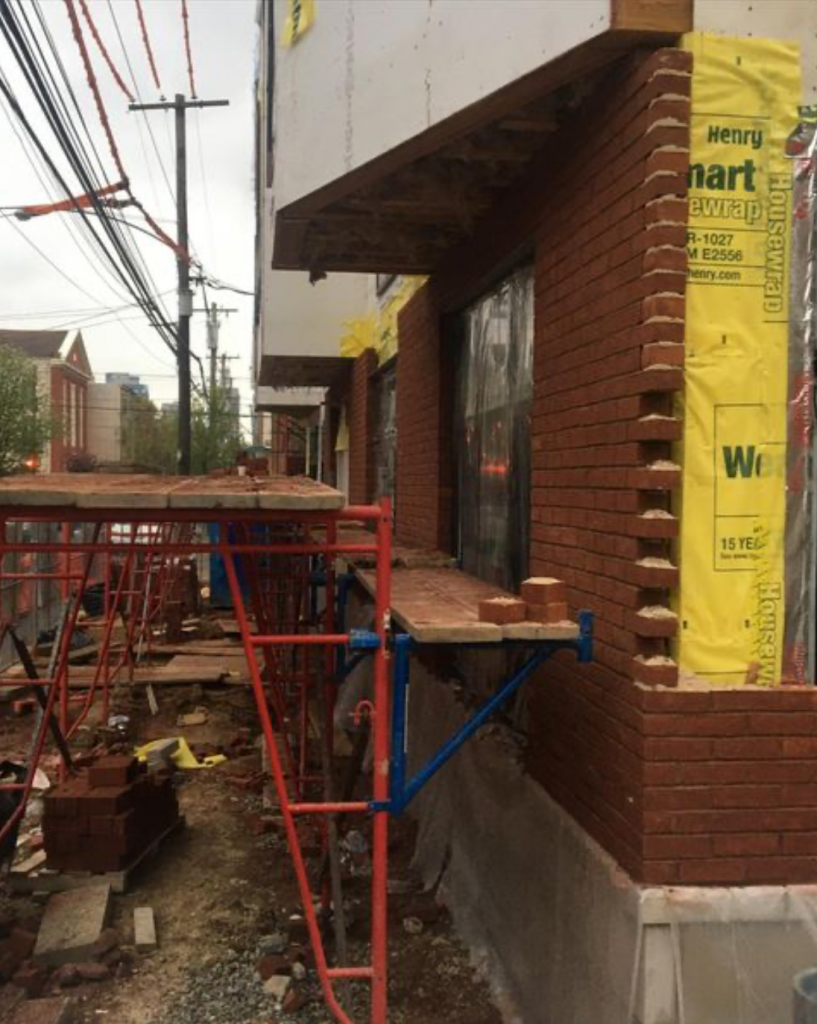 So far, the brickwork has come out just as renderings predicted, already giving the building a stately look. Throughout the coming weeks, the façade will continue to progress, with interior work also on the itinerary to ready the structure for completion.

The development will add more density to the southern portion of Francisville closer to Fairmount Avenue, helping support multiple commercial corridors. Transit access is located nearby to the Broad Street Line via Fairmount Station, offering a quick commute south into Center City, or north towards Temple University.

The project is expected to reach completion in Fall of 2021.

Be the first to comment on "Construction Progresses on The HQ in Francisville, North Philadelphia"