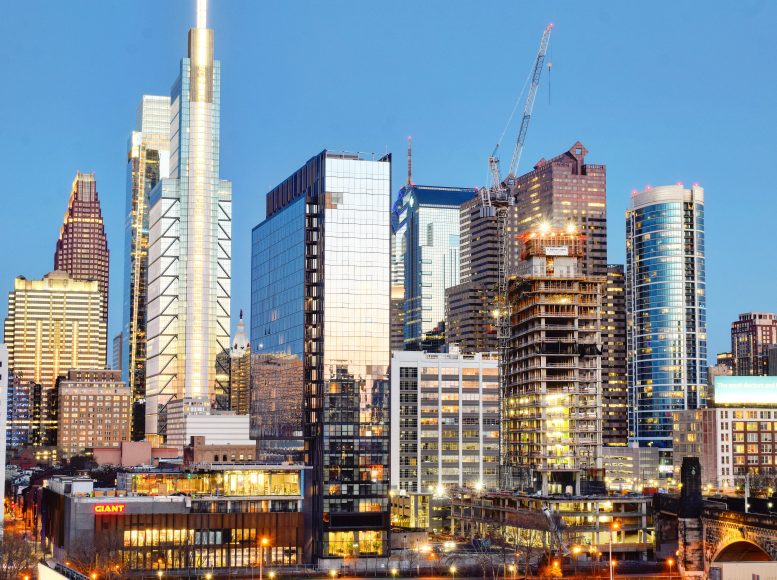 Riverwalk south and north from a garage looking east. Photo by Thomas Koloski

The large GIANT supermarket located on the first two levels of the Riverwalk north tower at 60 North 23rd Street has officially opened, bringing a new shopping hub to Center City West. Designed by Gensler  and developed by PMC Property Group, the tower stands prominent at the Schuylkill River Trail, and the way the façade takes in daylight in a dramatic fashion, with metal cladding manipulating creating different shades. The two-tower project will have 711 units, and the shorter north tower will have 331 units above the podium floors. The tower, which replaces a large parking lot, stands 315 feet tall and 28 stories above ground. 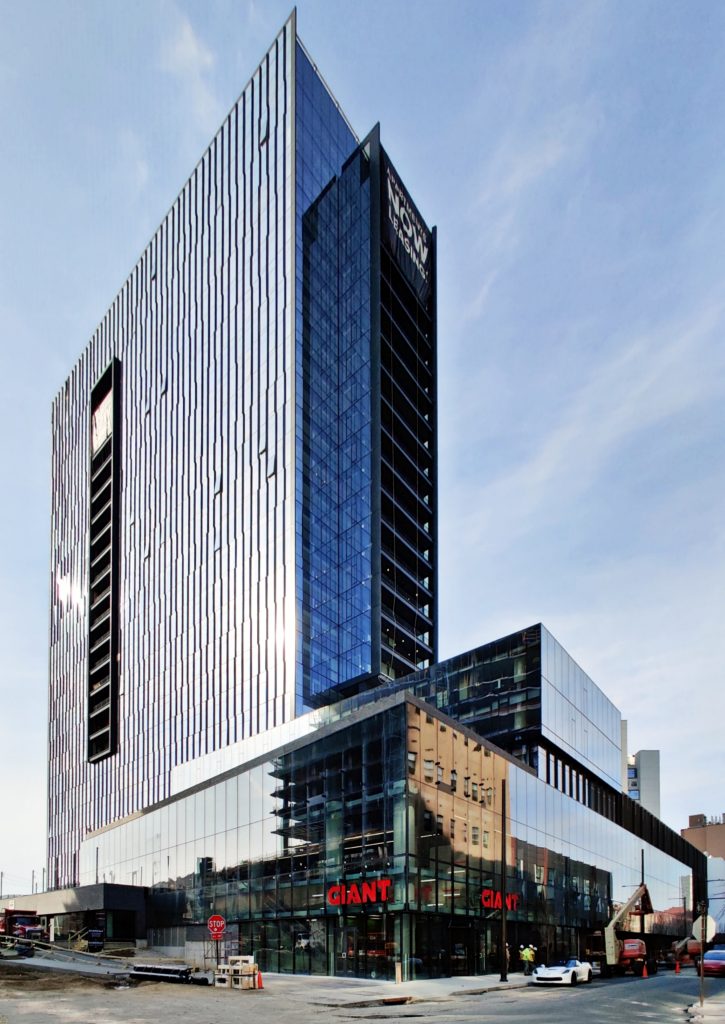 In the last update, it was extremely noticeable that the cladding was finishing installation. The construction elevator that was attached to the south face of the building had been taken down and the floors were exposed for a few weeks a crews zipped up the final row of glass. It was also noticeable that the workers had turned on the red FAA lights at the top. 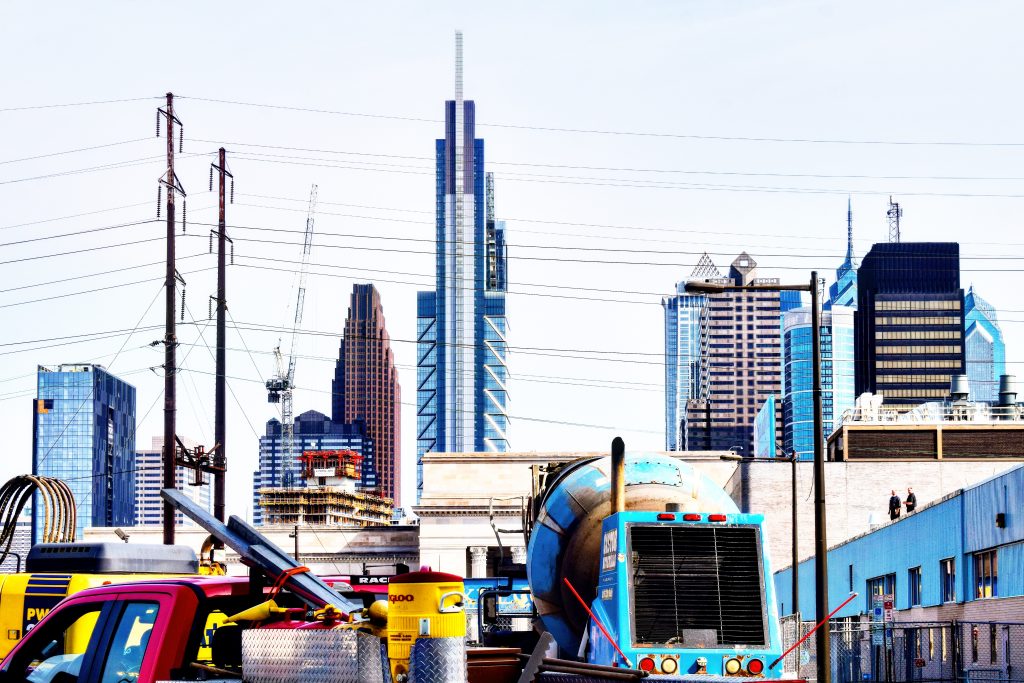 But now the work has made significant progress as the GIANT supermarket has opened to the public on the first two levels of the project on March 19th. From the outside, the GIANT store can be seen extremely well from ground level as the tall floors and high quality glass make the store stand out like an in store wedding dress behind a pane of glass. The red letters spelling GIANT are all over the store as you can see the store well from 23rd Street and Arch Street, along with a logo being on the west face exterior facing the Schuylkill River Trail. 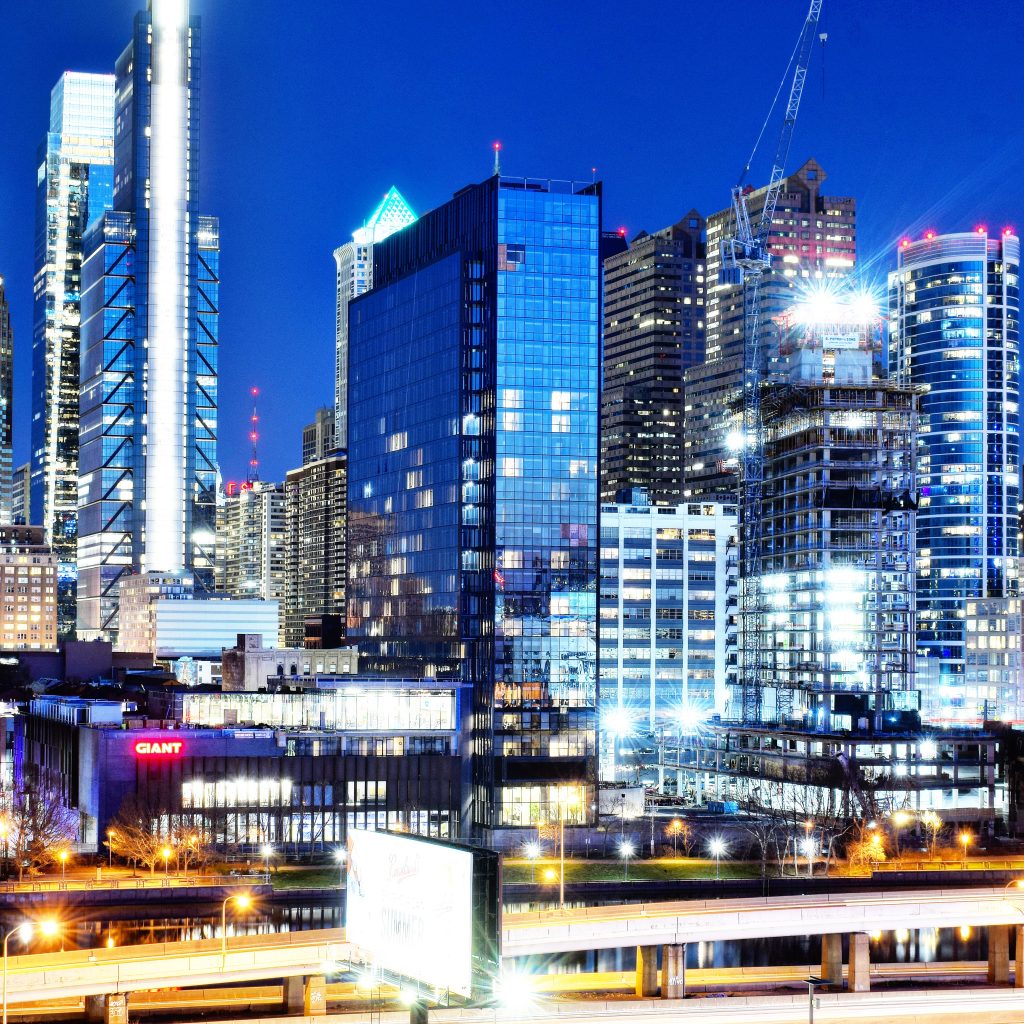 Riverwalk north tower from a nearby garage. Photo by Thomas Koloski