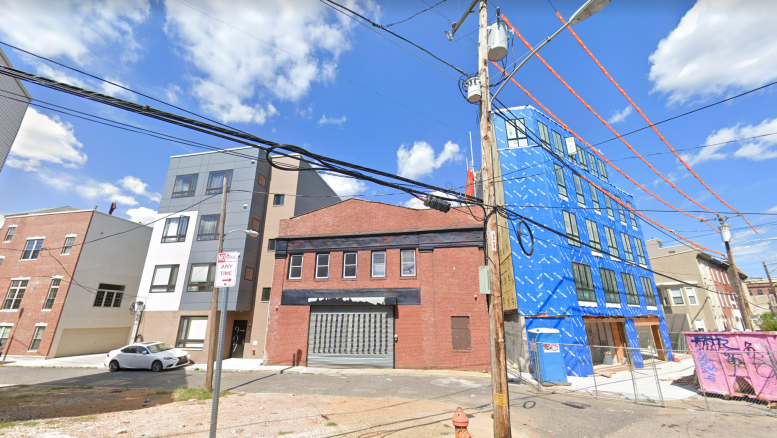 Permits have been issued for the construction of a large mixed-use development at 901 Leland Street in Francisville, North Philadelphia. The building will rise six stories and will include 50 residential units and commercial space. The permit lists Ferraro Construction as the contractor for the development and Jerry Roller as the design professional. In total, the building is expected to hold 46,792 square feet of space. Construction costs are estimated at $5 million.

The new building will replace a stately brick structure. Last September, YIMBY reported that permits were issued for the structure’s demolition. The building features an attractive brick façade with black trim. A large and unsightly garage door diminished the structure’s appeal when viewed from Leland Street, but the healthy bones of the building were still evident. The diversity of architecture that building brought to the neighborhood will be missed, though the density added to the area will be a solid boost.

As mentioned in nearly every YIMBY article about the neighborhood, the true quantum of projects, residential units, commercial spaces, and overall development being brought to the area is astonishing. Francisville is currently one of the leading neighborhoods in Philadelphia development, and is becoming one of the denser areas of the city. The Ridge Avenue commercial corridor runs directly through the neighborhood’s core, and the addition of a such a large quantity of residential units will help support the future businesses along the corridor.

No completion date is not known at this time, though construction may be finished by 2022 or 2023.