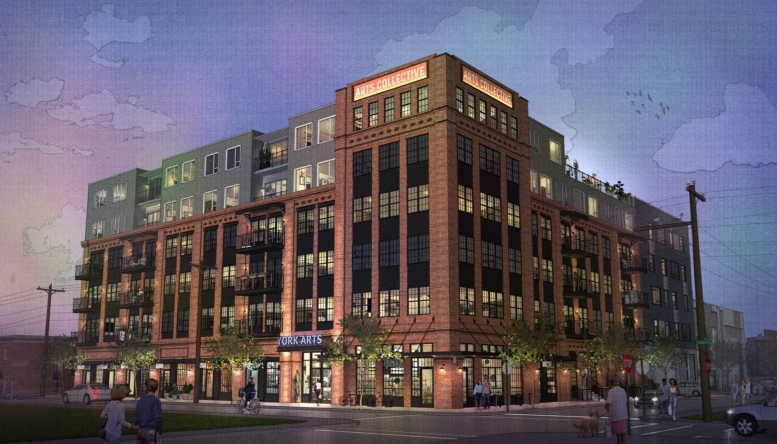 Renderings have been revealed for a 127-unit residential development at 1901 York Street in East Kensington. Designed by LRK, the structure will rise six stories and will contain 103,151 square feet of floor area, which include 6,080 square feet of artisan space and 28 parking spaces. 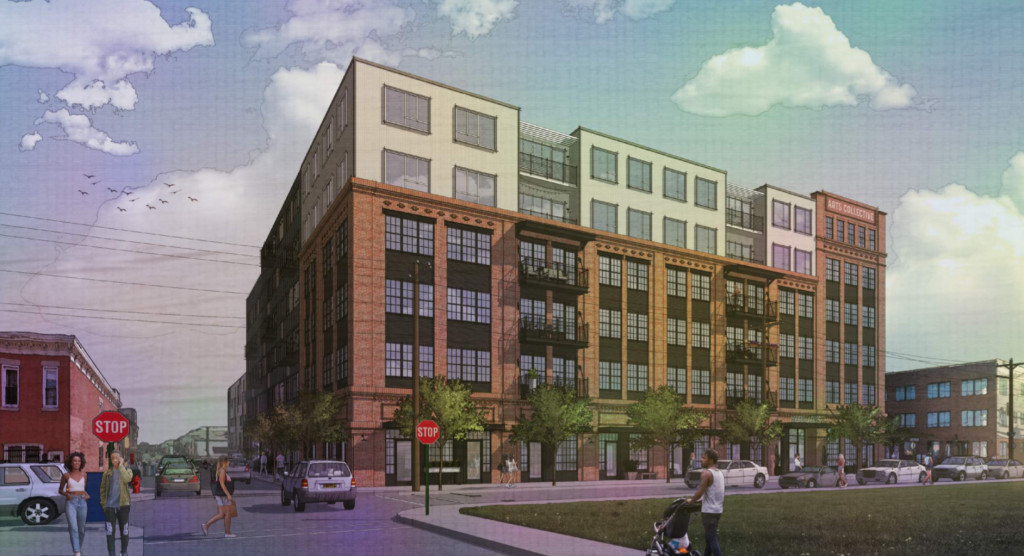 The building will feature an attractive exterior which is designed to appear as if it is a renovated industrial structure. The structure will primarily utilize brickwork which will provide a stately look. In between the large industrial windows, black cladding will be situated to add to the industrial appearance of the building. The brickwork will be highly detailed with an attractive cornice and many smaller details throughout the exterior. Additionally, balconies will extend from the building. Gray cladding will also be used above the brickwork in certain places adding a modern flare to the design. Blue cladding will also be utilized on the structure’s exterior towards the rear. 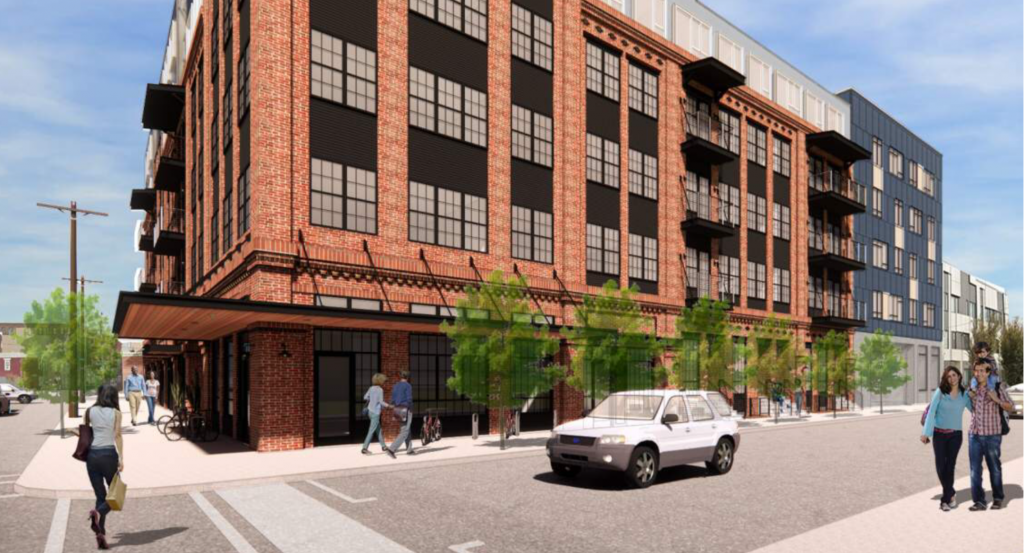 Additionally, street trees will be planted around the footprint of the building which will boost the street presence of the development. Adding shade to the sidewalk as well as more greenery always makes for an improved pedestrian experience. If the greenery is planted as densely as the rendering suggests, plenty of greenery and shade will be provided. 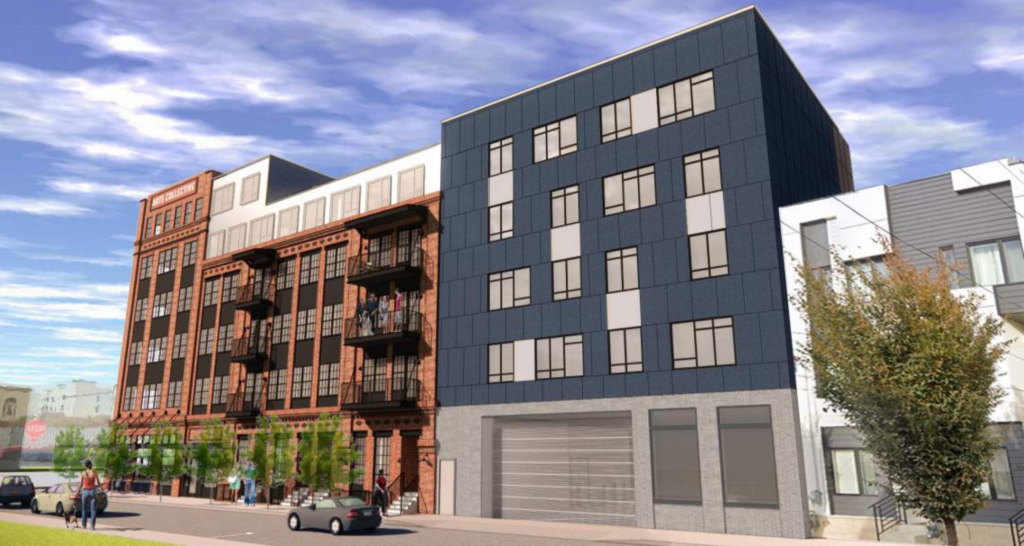 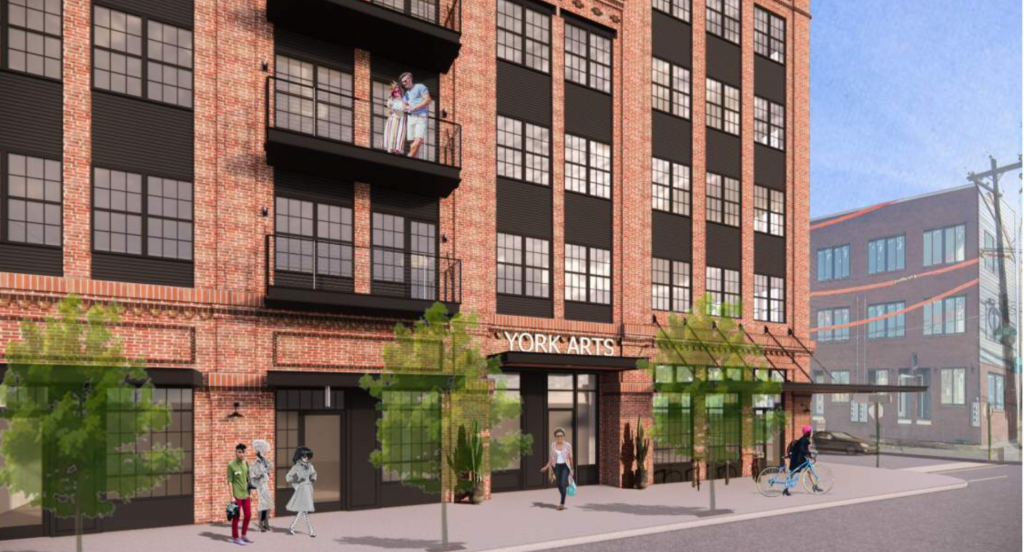 The new development will be replacing a surface parking lot. The large asphalt property was one of many massive open parcels available in the neighborhood not long ago, although that number has quickly dwindled with only a few large developable properties still available in the area  without an active proposal.  Transit access to the Market Frankford Line is just steps away via York-Dauphin Station, a station that will likely see an increase in ridership with the large quantity of high-density proposals in the area. 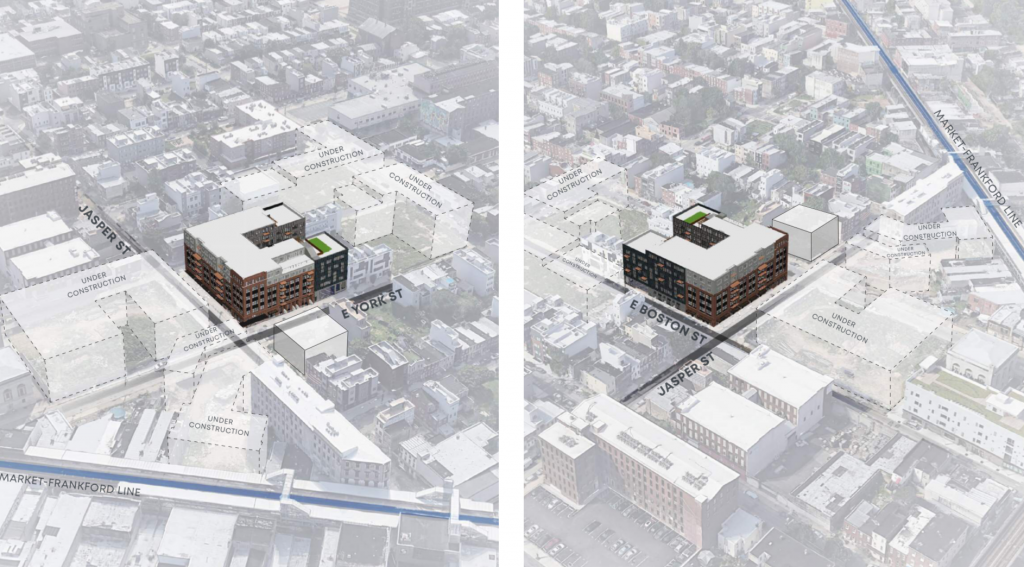 A completion date for the project is not currently known, although YIMBY will keep readers updated on the project as it progresses towards completion.