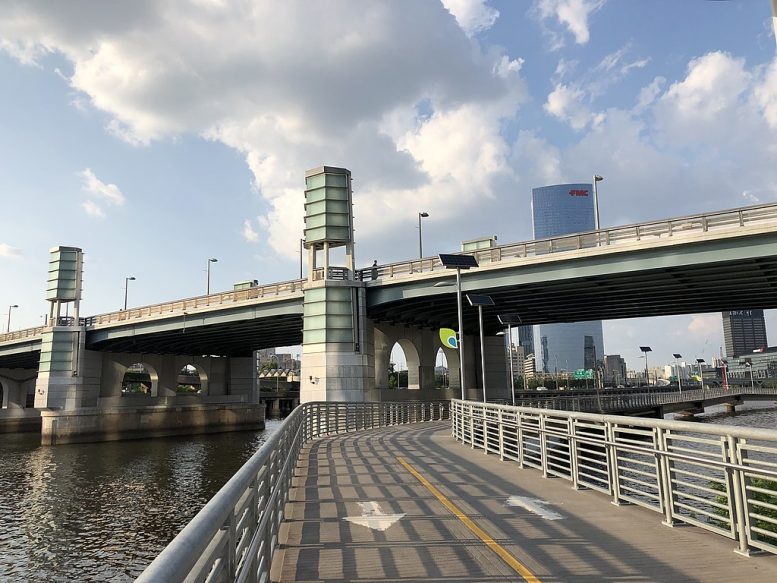 Many locations offer views of the Philadelphia skyline, yet some spots offer uniquely dramatic vistas that effectively catch the eye and stay etched in one’s mind. South Street is home not only to a popular stretch of retail, restaurants, and markets, but also to the South Street Bridge, which crosses the Schuylkill River and connects Center City and South Philadelphia to University City in West Philadelphia. For over a century, the bridge has offered sweeping skyline views to locals and visitors alike. Today Philadelphia YIMBY looks at the history behind the iconic bridge. 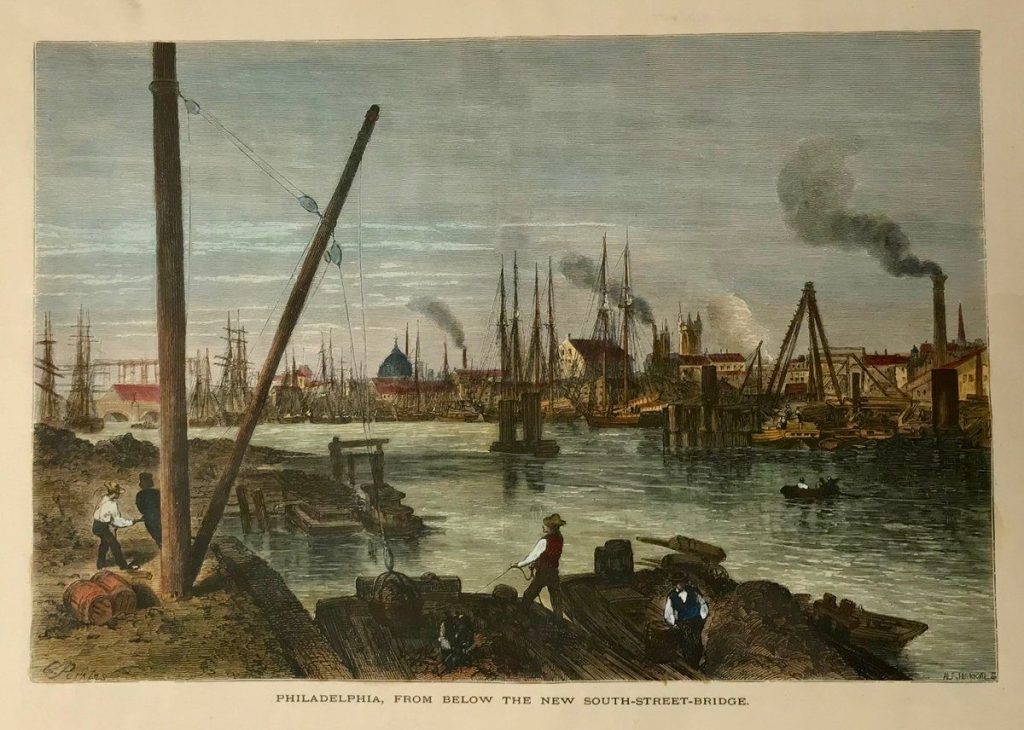 Philadelphia from below the new South Street Bridge (1872). Illustration from Picturesque America, or the Land We Live In, edited by William Cullen Bryant

The first bridge was completed in 1876, during Philadelphia’s so-called Iron Age, when the city became one of the nation’s leading metal manufacturers. The structure built with iron columns, but just two years later built-up moisture resulted in cracks all across the structure and the iron gave way. Another two years later in 1880, a new bridge had replaced the old span at the same spot where the previous structure stood. The bridge was dismantled and rebuilt larger and stronger 40 years later. The project was completed in 1923, with a structure that is still in use to this day. 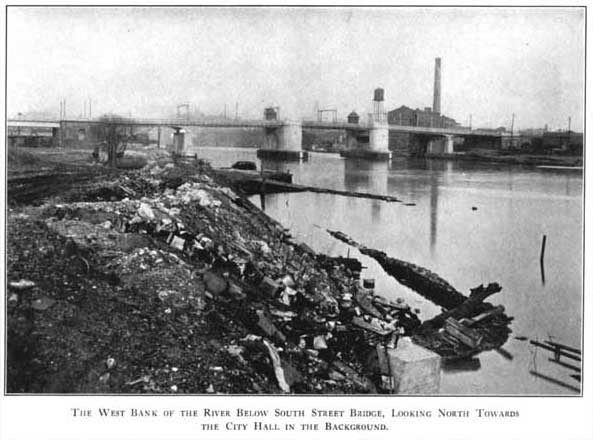 South Street Bridge in 1924. Image via The Redemption of the Lower Schuylkill on phillyh20.org

In 1982, the bridge was repaired after a long period without major maintenance work. The structure was strengthened to last for a long time, but new plans were once again announced in 2007. The bridge was saw a major reconstruction with 12 girders holding up the roadway, and was completed in 2009 with ornamental towers with nighttime LED lighting and four gazebos that allow the public look out in all directions. The two north gazebos offer the iconic view of the Philadelphia skyline. Unfortunately, the decorative lighting has been off since 2017, though the public walkways and gazebos continue to delight the public.

2 Comments on "The History Behind the South Street Bridge"