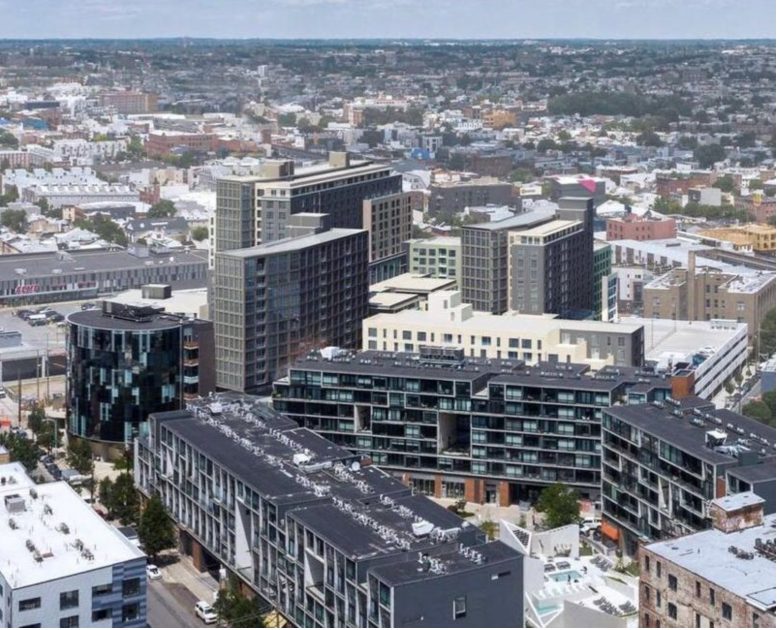 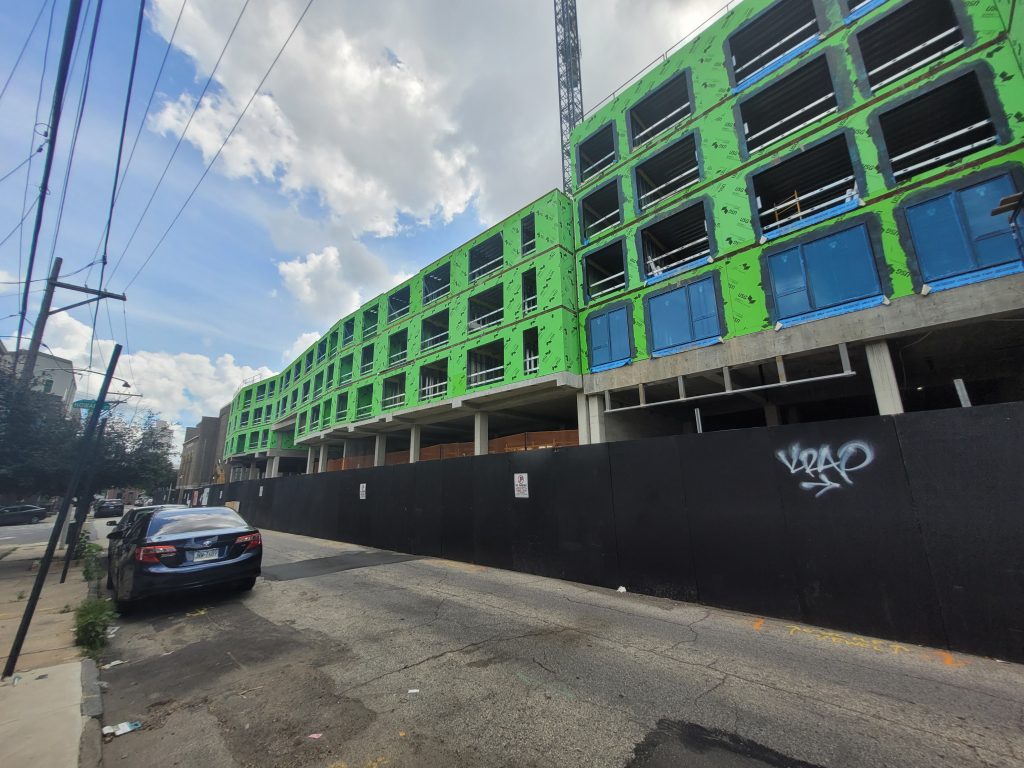 In the last update back in March, we observed three cranes swinging above the under-construction structures. The shortest crane was inn the process of adding a floor to the top of the existing parking garage. Higher above, the other two tower cranes were putting together the large residential structures. Amenity space was also underway, as the two-story fitness center was finished about a month before the update, and swimming pools were in progress at the ground level and on top of the parking garage. Cladding installation was also in the beginning stages. 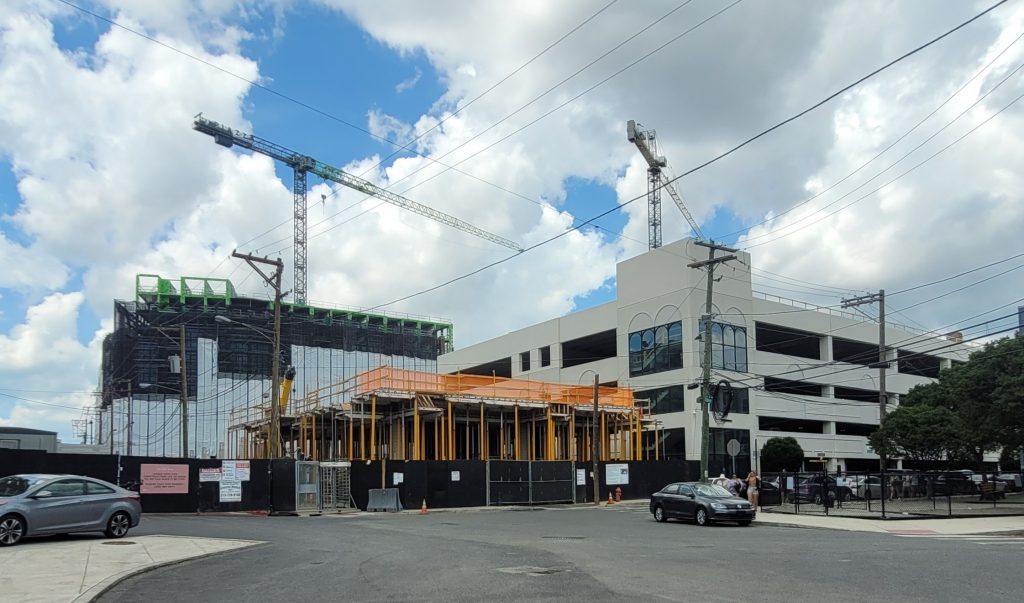 Our recent visit revealed more progress at the site. To the north, one of the residential buildings stands nearly topped out. The structure is covered with green USG Boral glass mats, with its majority under scaffolding. At the south corner of the site, a new residential structure is about to go vertical as its first story is underway. In the next months, more concrete structures will join the development. 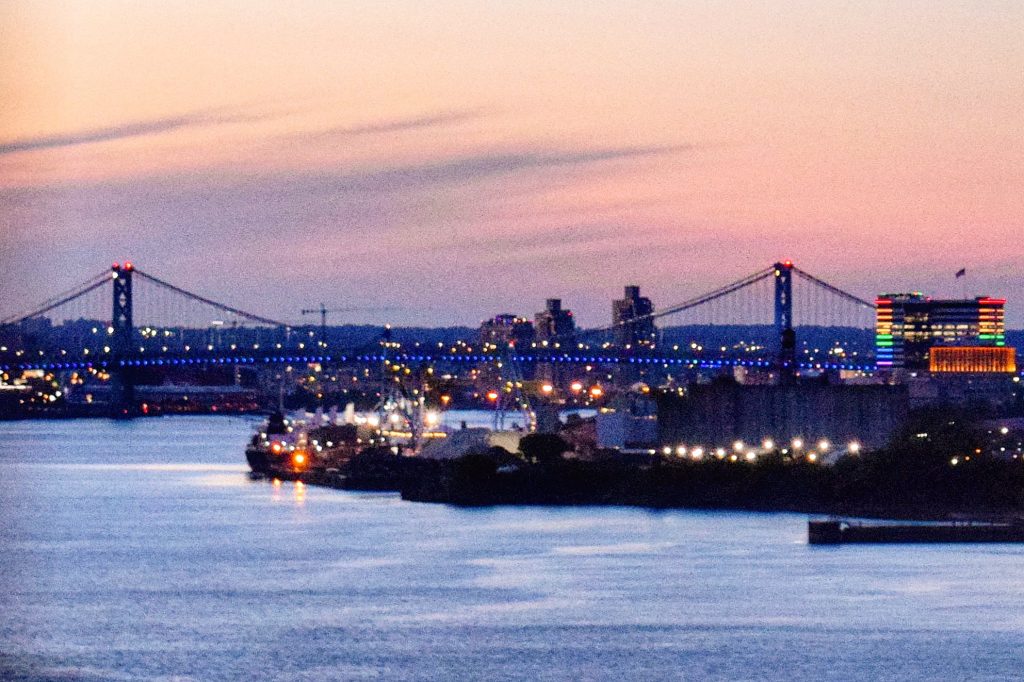 The project is aiming for a completion date in December 2022.

Be the first to comment on "Construction Progresses at Piazza Terminal in Northern Liberties, North Philadelphia"