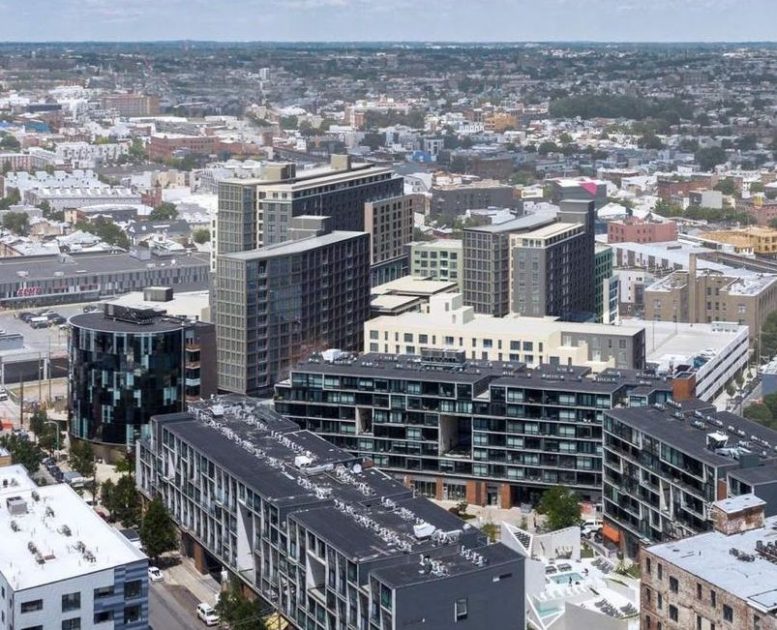 Construction is making progress on multiple structures that comprise the 4.4-acre Piazza Terminal project at 1075 Germantown Avenue in Northern Liberties, North Philadelphia, where work has been ongoing for over a year now. Designed by BKV Group, the three towers will feature varying shades of stone cladding, ground floor retail, and public space. The property is being developed by the Post Brothers, which is also behind developments such as The Atlantic and The Poplar Apartments. The project will hold a total of 1,166,980 square feet and will contain 1,144 units. The tallest building planned to stand 16 stories high and 180 feet tall.

The last update from November showed various structures under construction, including a parking garage. The major structures of the entire buildings were on hold, with rebar-reinforced concrete beams protruding from the ground. 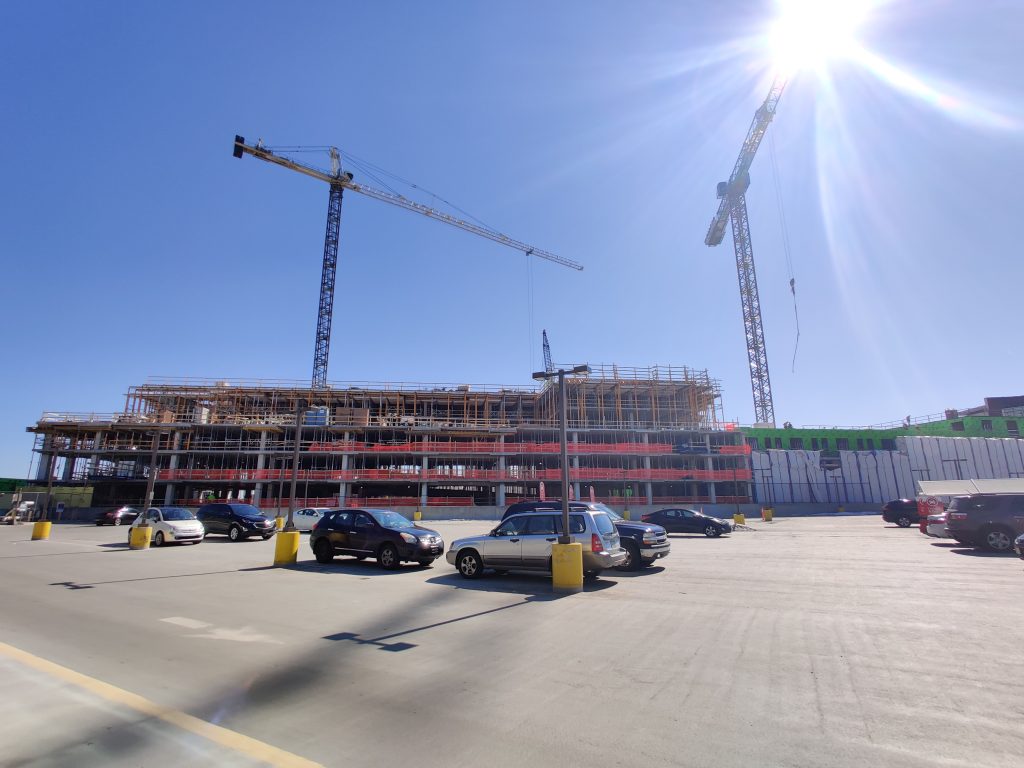 Now with three cranes rising high above the site, the project races ahead, with superstructures growing above the smaller neighboring buildings. The view from the Rivers Casino parking garage reveals that the floors now rise above the parking garage with work in progress on the residential slabs. From the ground, the buildings are starting to look massive and are beginning to give a feeling of enclosure to the formerly open area. Cladding installation is already underway as well. 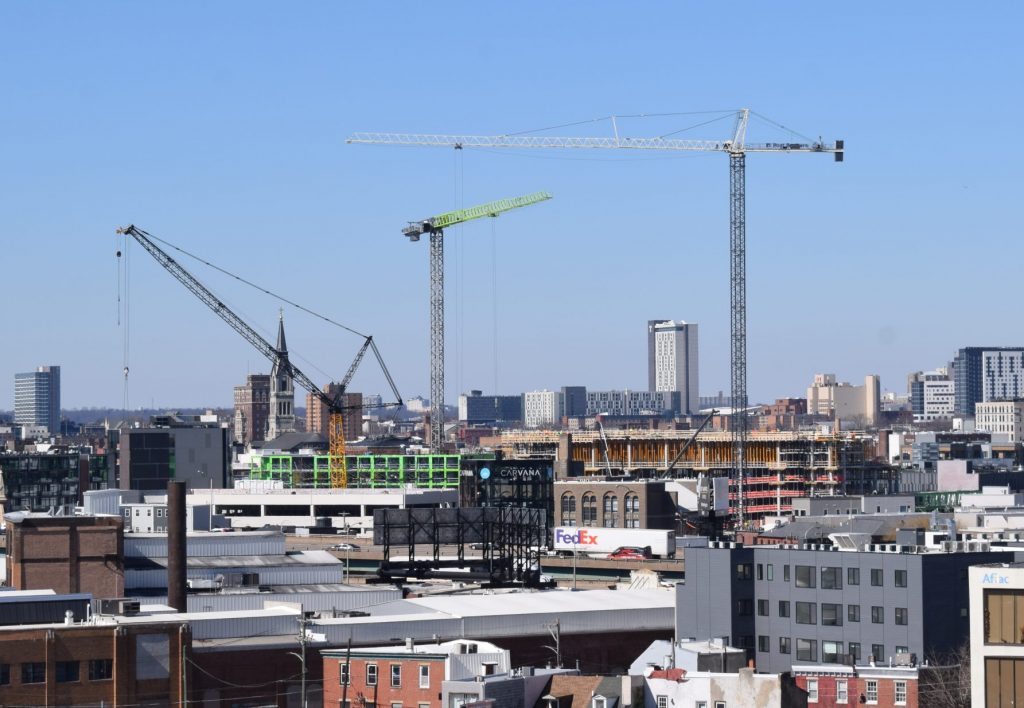 The project is aiming for a completion date in December 2022.

Be the first to comment on "Piazza Terminal Continues to Rise in Northern Liberties, North Philadelphia"