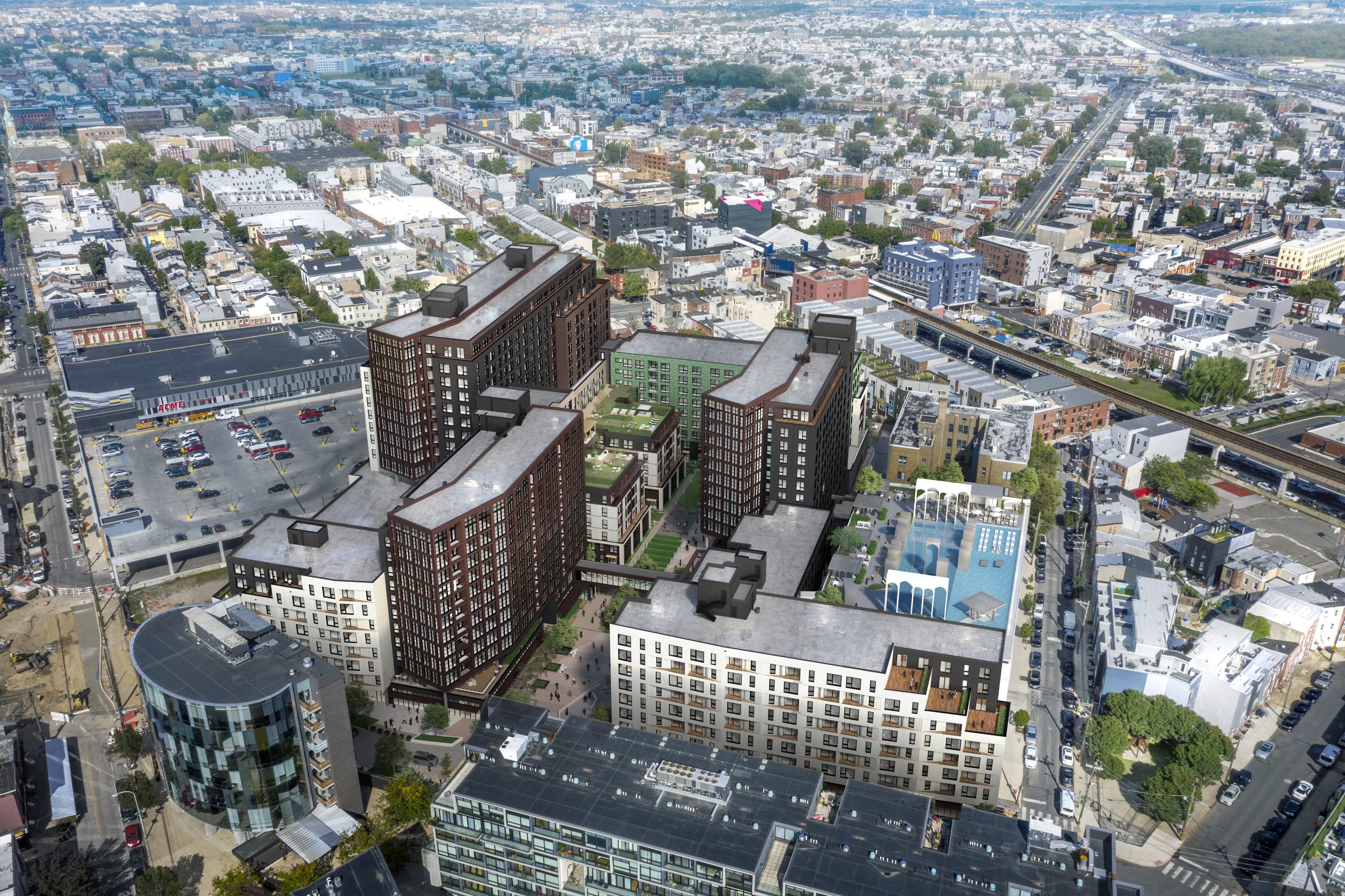 Philly YIMBY’s recent site visit has revealed significant construction progress at the Piazza Terminal, a multi-building mixed-use development that rises at 1075 Germantown Avenue in Northern Liberties, North Philadelphia. Designed by the BKV Group and developed by the Post Brothers, the 1.1-million-square-foot-plus complex will house 1,131 residential units within several mid- and high-rise buildings centered an expansive public promenade that will serve as an extension of the existing Liberties Walk. Our visit revealed that a 12-story, roughly 150-foot-tall building already stands topped out and boasts a mostly finished curtain wall, while the remaining structures are in various stages of progress. 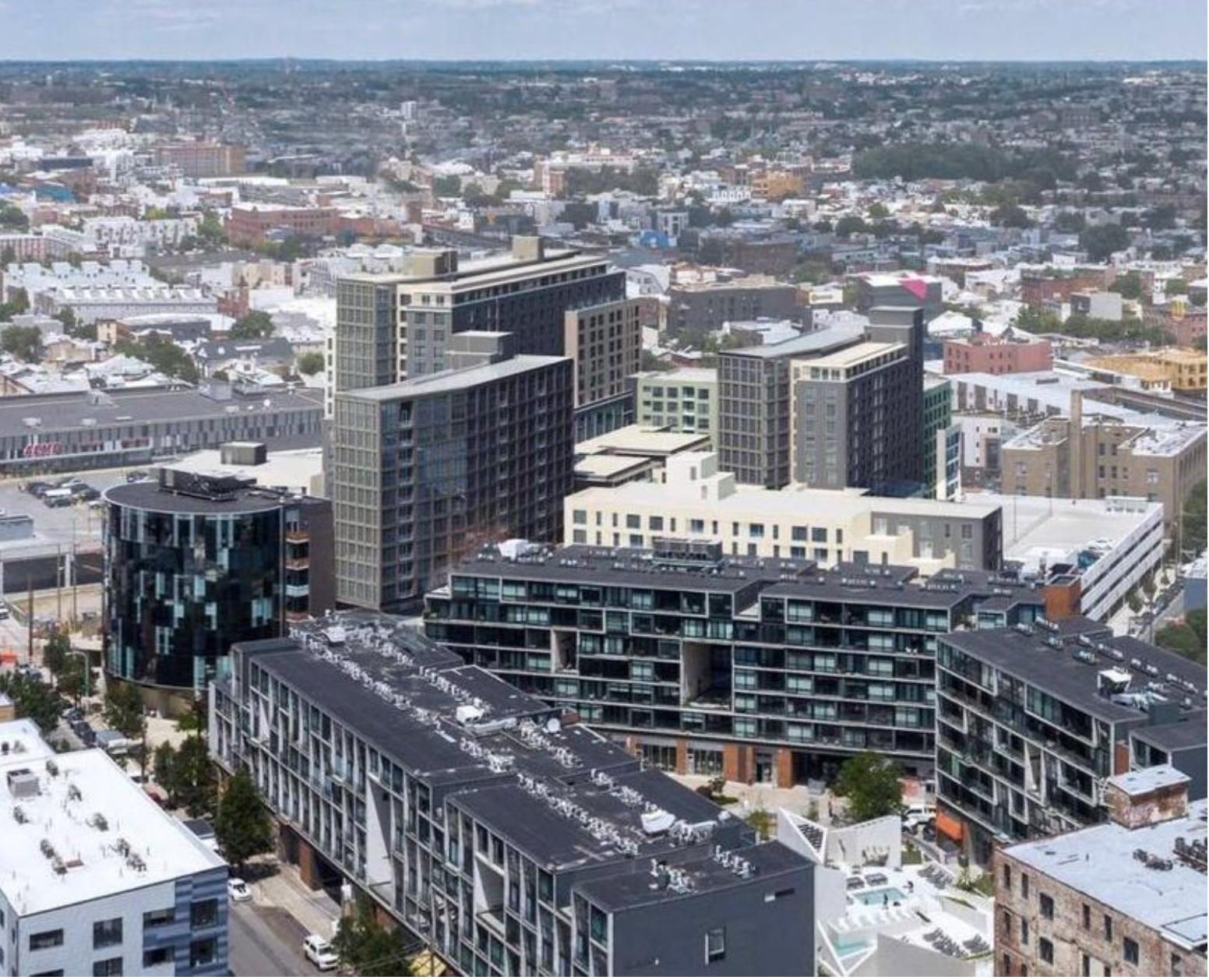 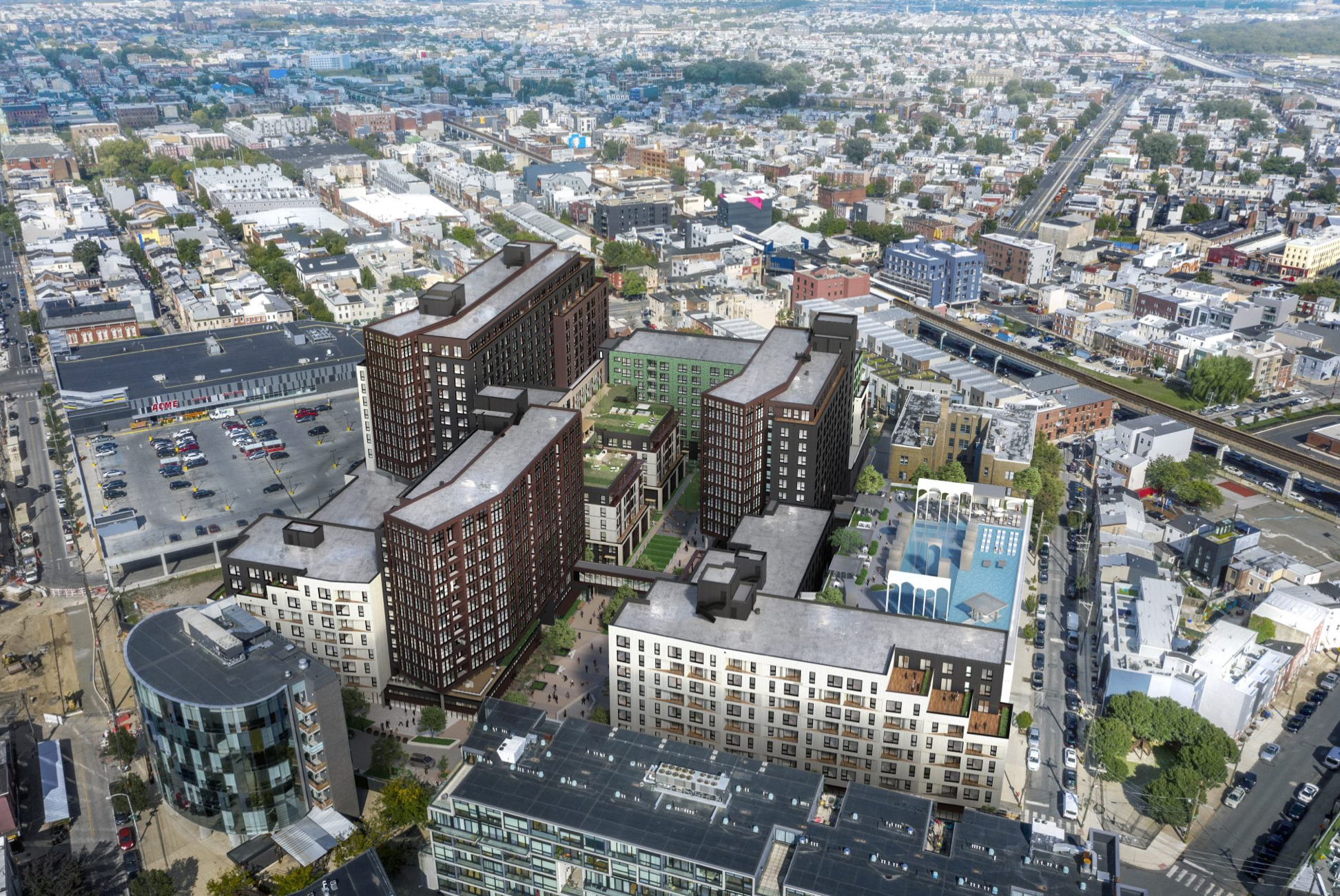 Upgraded permits have been issued for the Piazza Terminal, a massive mixed-use development at 1104 North Hancock Street in Northern Liberties, North Philadelphia. The permit is essentially an extension of an older permit issued on December 6, 2019, which called for the construction of massive project, developed by Northern Liberties, Post Brothers, with two 12-story towers holding 861 residential units and commercial space. Since this time, the scale of the complex has been expanded, and as such, new permits have just rolled in, calling for the 11-story addition to the under-construction project. Its 270 residential apartments will bring the development’s total unit count up to 1,131. The added area will total 203,561 square feet and will also include amenity space. The newly-filed 11-story addition will be built on top of an already approved and under-construction five-story podium, meaning the building will stand 16 stories high, making it the tallest building in the development. 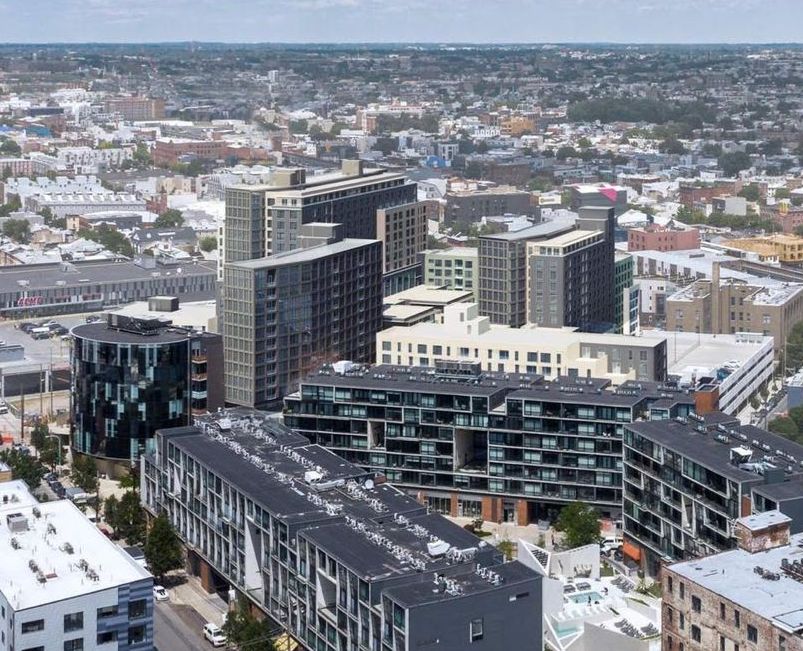 Construction is making progress on multiple structures that comprise the 4.4-acre Piazza Terminal project at 1075 Germantown Avenue in Northern Liberties, North Philadelphia, where work has been ongoing for over a year now. Designed by BKV Group, the three towers will feature varying shades of stone cladding, ground floor retail, and public space. The property is being developed by the Post Brothers, which is also behind developments such as The Atlantic and The Poplar Apartments. The project will hold a total of 1,166,980 square feet and will contain 1,144 units. The tallest building planned to stand 16 stories high and 180 feet tall. 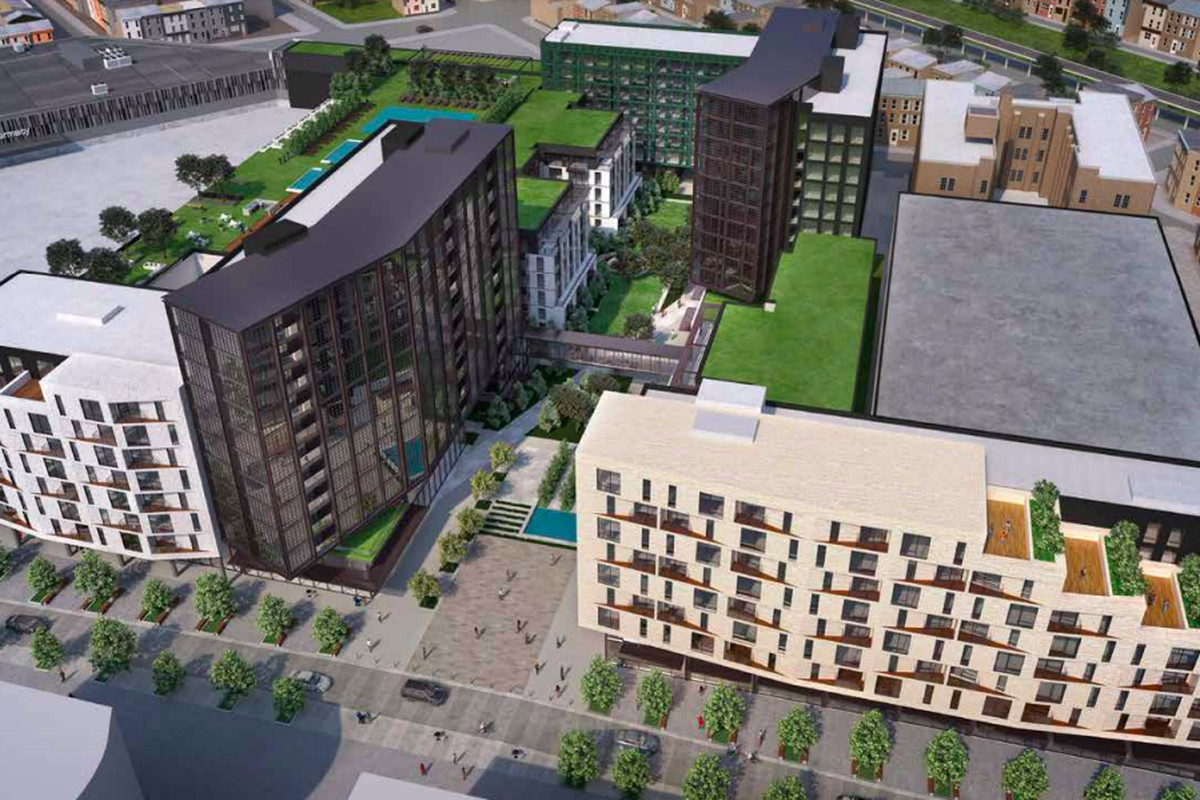 Construction is making rapid progress at Piazza Terminal, a multi-building, mixed-use complex at 1075 Germantown Avenue in Northern Liberties, North Philadelphia. Philly YIMBY’s recent site visit revealed that a number of structures have risen several stories high at the 4.4-acre lot. Designed by BKV Group and developed by Post Brothers, the complex will offer 1,166,980 square feet and 1,144 residential units as well as a public promenade, retail, and parking. The tallest building will stand 16 stories and around 180 feet tall, with two more standing 12 stories tall.