After a long process of demolition of existing structures, excavation work is underway at 918 North Delaware Avenue (also known as 918-80 North Delaware Avenue) in Northern Liberties, North Philadelphia. The site is one of the largest along the avenue, with adjacent streets forming a curvy footprint for the future six structures. Designed by L2Partridge and developed by Core Realty, the 426-unit project will include a total of 418,480 square feet of floor space within the five main buildings. 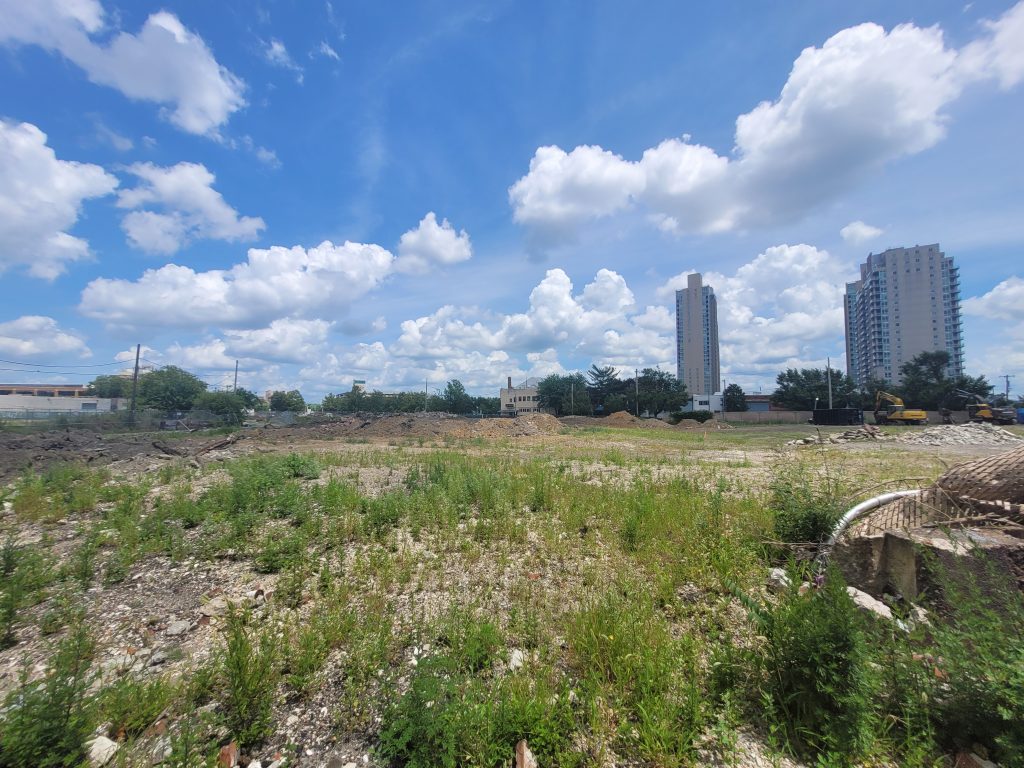 In the November update, the buildings that used to be located at the site were being demolished. Some buildings still stood on the north side of the site, with machines were tearing down the structure as it was crumbling down to street level. By the last update from March, the structures were completely gone, with the ground completely flattened with rubble. 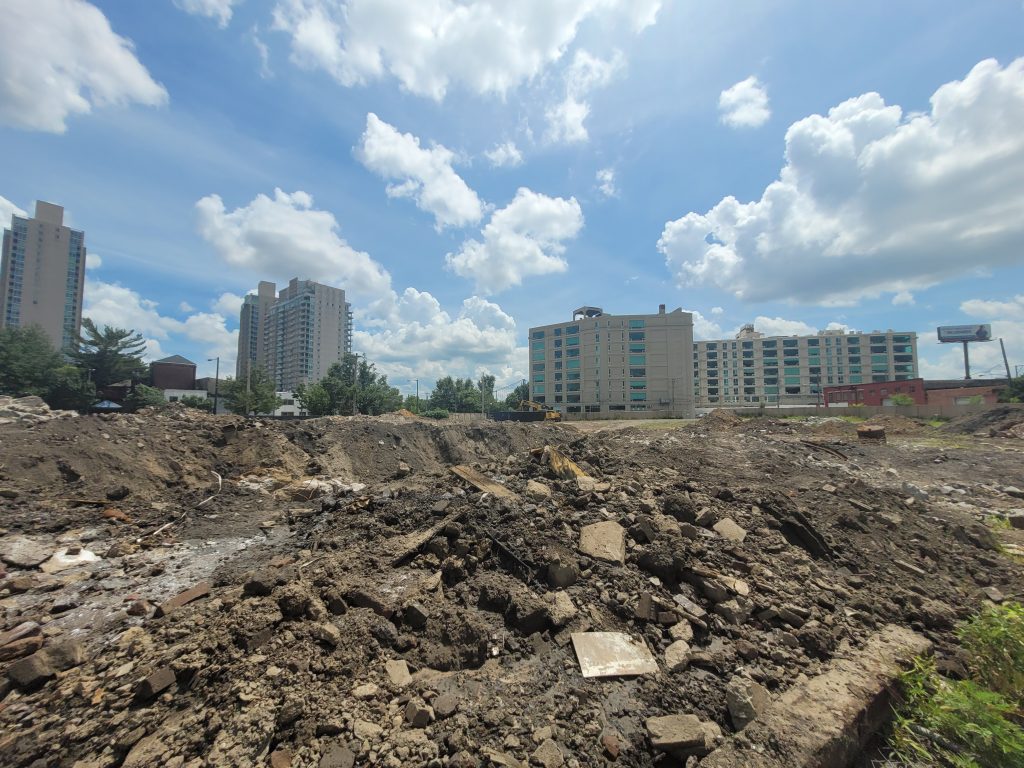 By now, work appears underway again, after it seems to have been paused for a bit. All around the site, multiple areas are excavated, with dirt piling up and excavation seeming to be in the beginning stages. No workers or small equipment were observed at site, but the soil looks freshly dug and the work seems to have started within the month. At the southwest corner of the site, excavators are lined up and appear ready to continue the work at any time. Foundation work may be underway by fall.

No completion date has yet been announced, though construction work may be finished by 2023.