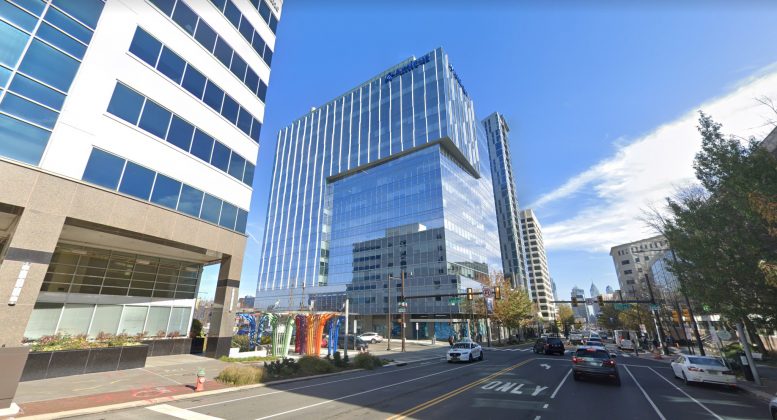 Permits have been issued for a laboratory conversion within 3655-75 Market Street, a 15-story, 241-foot-tall commercial office tower that was completed around two years ago at University City, West Philadelphia. It is one of the first buildings to be constructed for the massive uCity Square development that is currently transforming the neighborhood. The conversion will take place at the third and seventh floors of the tower. The floors are currently occupied by office space, and the renovation will bring in a change of use, repurposing it as lab space for the growing life sciences industry. In total, the project will add 26,000 square feet of lab space to the Philadelphia market, which is a notable addition. Construction costs are estimated at $1.5 million. 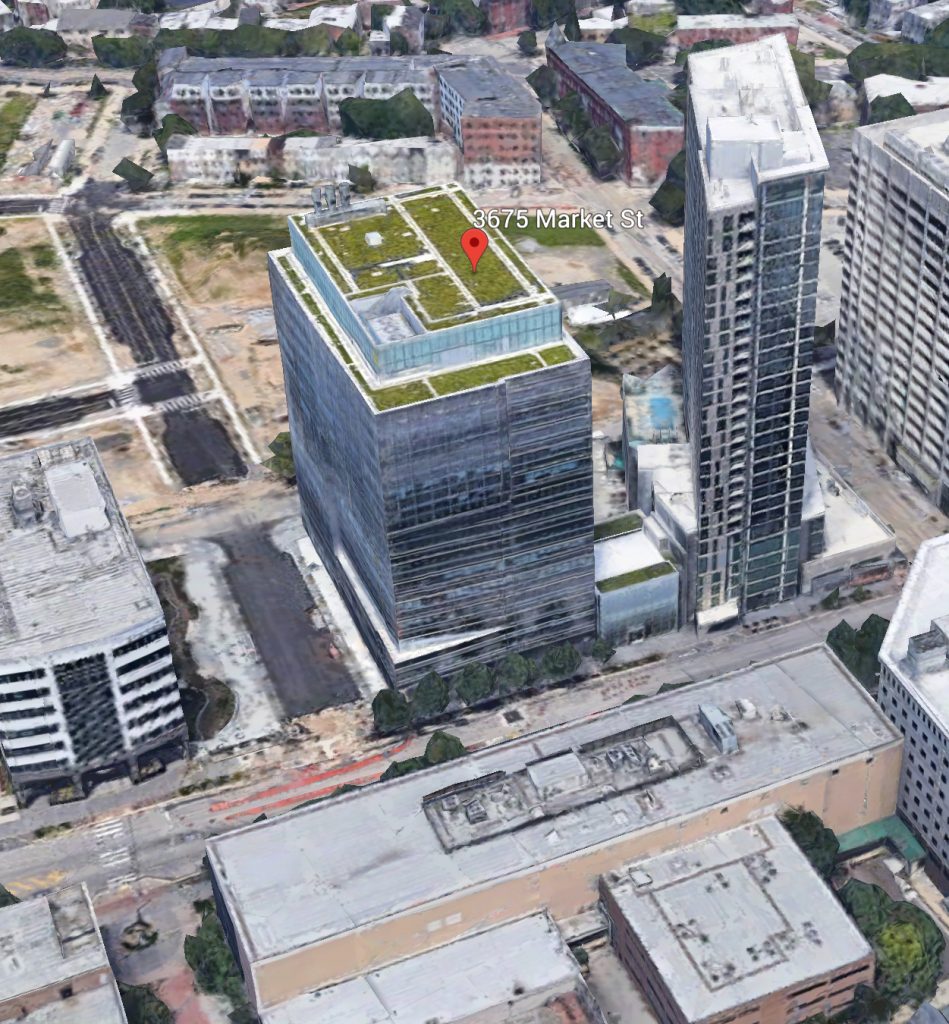 The tower was completed relatively recently, though still before YIMBY was around to track its progress. The structure features a modern and sleek all-glass facade, with white cladding forming narrow, vertical mullions on select portions of the building. These areas are slightly cantilevered outward, increasing floor space, while gray cladding makes for a pleasant street space at the bottom of the building. A green roof sits at the top of the structure.

Though this is a relatively minor project in scale, in represents a much greater success. The life sciences industry has the capability to become one of the leaders in Philadelphia’s economy, and has already been the catalyst for many recent construction projects. As the city continues to rapidly construct more space for the industry, many more new office towers and projects will likely come in the future.

The fact that uCity Square is adding more lab space to its roster before two major lab towers finish construction suggests that leasing is going very well and that the project is already successful. Because of the growing need for lab space, the industry will likely take a major part in the future phases of uCity Square.

No completion date is known for the project at this time, though the renovation may be finished by 2023.