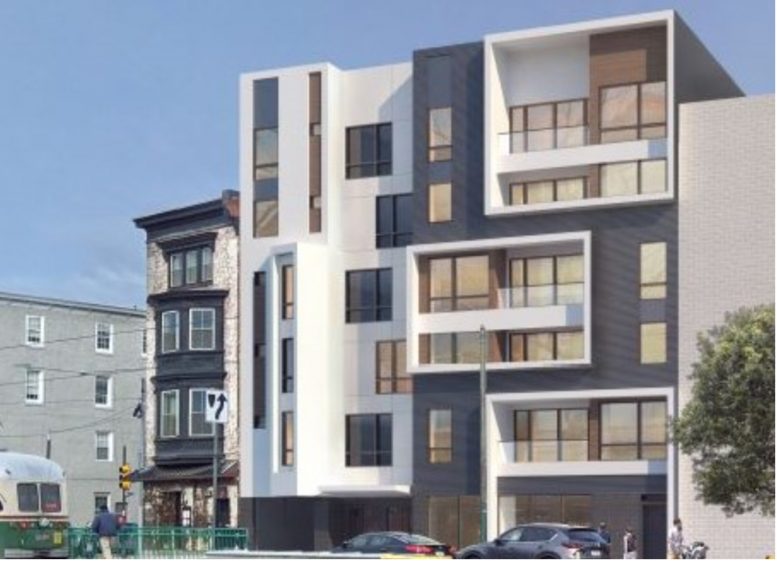 Construction work is progressing at a rapid pace at 629 West a Girard Avenue, a 36-unit residential building situated in Ludlow, North Philadelphia. Developed by R+M Development Partners, the structure has already risen to its full height of six stories, and will feature a commercial space situated at the ground floor. Tester Construction is the contractor.

YIMBY first reported on the project in December 2020, when permits were issued for the structure’s construction, with a follow-up update in March, when framing work was just beginning.

The building will feature a contemporary design that utilizes cladding of multiple colors. A white exterior will comprise the majority of the facade, with gray cladding serving as a prominent accent. A variety of boxed cantilevers will be situated throughout the exterior that, when paired with the windows of varying shapes and sizes, will give the building its modern appearance. 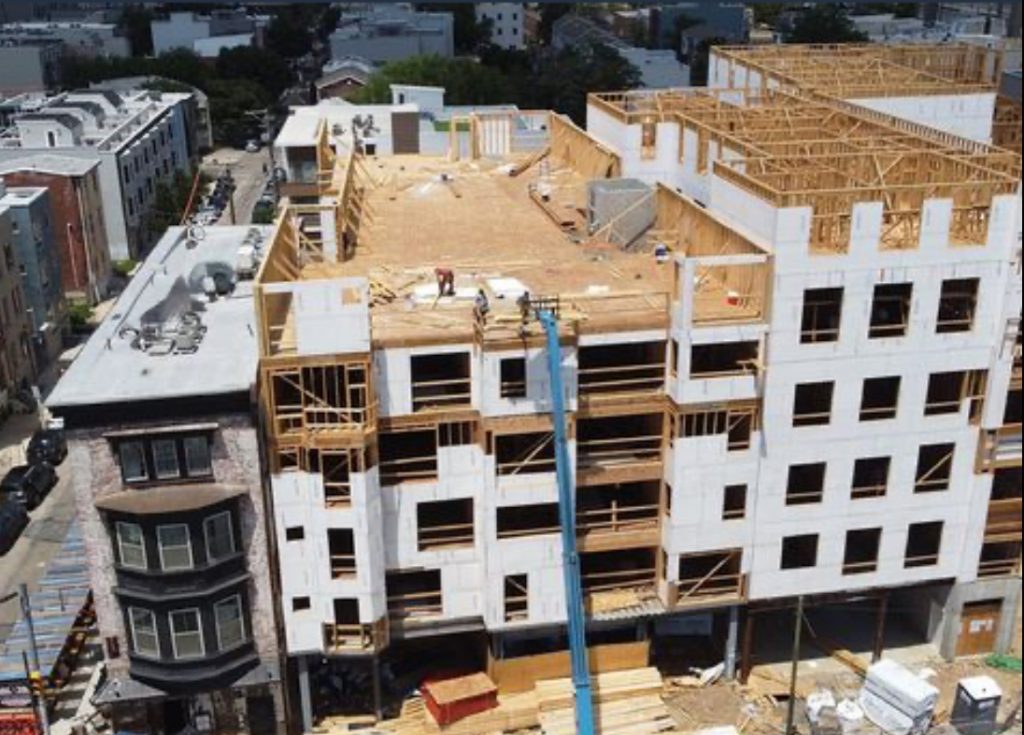 A recent photo that RM Development shared on Instagram shows just how much progress has been made in the project. Framing has completed on the first floor steel podium while work is progressing on the remainder of the five over one design. Work is in progress on the sixth floor, though the structure has not yet reached its maximum height. So far, the building appears to have taken a shape that matches that of the rendering.

The new project will add a significant amount of density and and commercial space to the Girard Avenue corridor, something that will prove beneficial to the avenue’s growth in the future. The development is not alone on the block, where over 100 residential units are planned or under construction combined across multiple projects.

Completion will likely be reached in the project sometime in 2022.